Eastern aim to take back lead in Premier League 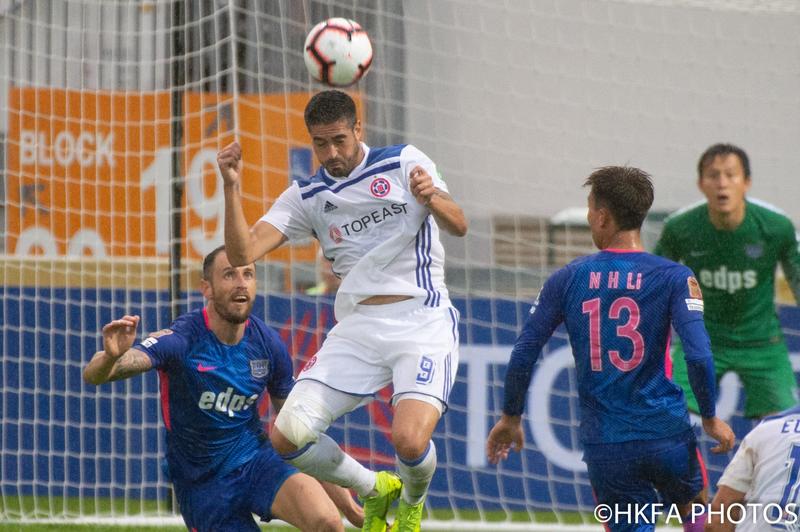 Kitchee beat archrivals Eastern 3-1 and will meet Tai Po in the Senior Shield final on Jan 26, 2018. (PHOTO COURTESY OF HKFA)

Kitchee and Tai Po came out on top in their respective Senior Shield semi-finals over Christmas and will meet each other on Jan 26 to fight for the first silverware of the season in the 117th edition of Asia’s oldest inter-club tournament.

The Bluewaves eliminated their arch-rivals Eastern with a 3-1 win at Mong Kok Stadium on Dec 23. It was Brazilian forward Lucas Silva who opened the scoring just eight minutes into the game, before Lam Ka-wai, the Kitchee mainstay who transferred to Eastern this summer, scored the well-deserved equalizer. What looked like an even match-up in the first half, soon turned in favor of Kitchee after the break. Eastern coach Chan Yuen-ting did not seem to have a suitable plan to keep the opponents at bay and Kitchee center-back Li Ngai-hoi headed in from a set piece. It was a historic moment for Li, as he scored the first goal of his professional career. Soon after, Jared Lum added another one for the reigning champions, and Eastern were not able to pull off a much-needed comeback.

Two days later, on Dec 25, Tai Po and R&F locked horns at the same venue. Both teams recently played each other in the Premier League, with the better ending for Tai Po, who beat the Guangzhou side 3-1. Surprisingly, the Greens managed to repeat the result in what was a turbulent fixture. After only 32 minutes, R&F and former Tai Po midfielder Tan Chun-lok received his second yellow card of the day and was sent off, leaving coach Yeung Ching-kwong with only 10 men for the rest of the game.

Shortly after the break, R&F had an opportunity from the penalty spot, but Tai Po goalkeeper Tsang Man-fai denied the attempt of Brazilian striker Tiago de Leonco. Just one minute later, Bai He made up for the mistake, taking the lead for the Guangzhou visitors. However, soon after, Fortuna switched sides and Igor Sartori equalized by converting the penalty for his side. In the 67th minute Michel Lugo scored another goal, following a perfect through pass by Harry Sawyer, and three minutes into injury time, Lee Ka-yiu added the last one, to make it – once again – 3-1 for the Greens. R&F coach Yeung seemed quite upset with the outcome when reluctantly shaking hands with Tai Po’s Lee Chi-kin right after the final whistle.

Although there is no proper Premier League round over the upcoming holidays, the HKFA will use this break to stage two rescheduled league matches, as well as two Sapling Cup games. 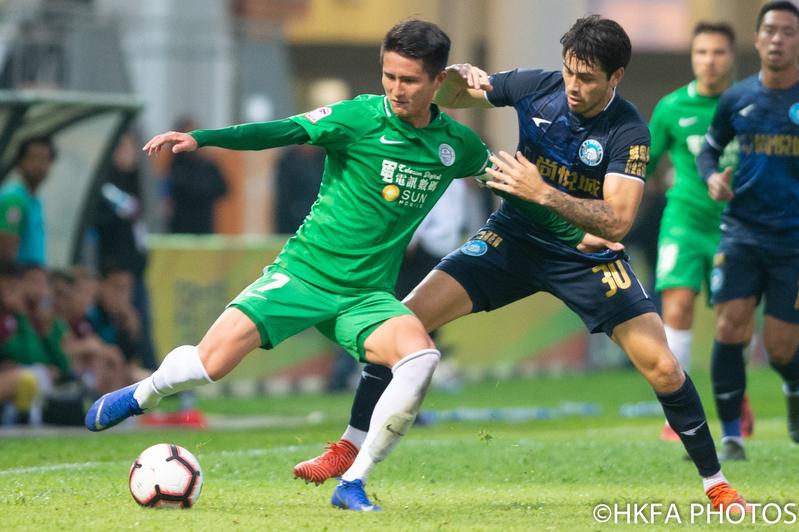 Wong Wai led Tai Po to another 3-1 win over R&F in the Senior Shield semi-final. (PHOTO COURTESY OF HKFA)

Most Kitchee players and fans will look forward to his rescheduled fixture, as the current form of both teams should make this a rather easy affair for the reigning champions. After a slightly unsatisfying start into the season, Kitchee started gaining some momentum. They won their last three matches in league and cup, scoring eleven goals, while only conceding one. With a win against Dreams, they would even jump to second in the table – at least until Eastern have their rescheduled match on 2 Jan. In contrast, Dreams have not played a game since 2 Dec, when they edged out relegation contenders Hoi King 4-3. If they would like to stop the Bluewaves at Mong Kok Stadium, they definitely need to step up their game.

Yuen Long coach Kenneth Kwok has been on the lookout to strengthen his team, and the district side just announced the signing of center-back Wang Ruei. Recently, the Tangerines had a disappointing nil-nil draw with Hoi King, who claimed their first point of the season in eight matches. This came just one week after a 2-5 loss to R&F. Now they are facing the Guangzhou side once again, however, in a slightly different format. Given the requirement to field youth players in the Sapling Cup, Yuen Long could have a bit of an advantage, as there are several U22 players among their regular starters. At the same time, R&F might be more motivated to chase another trophy, after Tai Po eliminated them from the Senior Shield on Christmas Day, destroying the early dreams of the club’s potential first silverware. 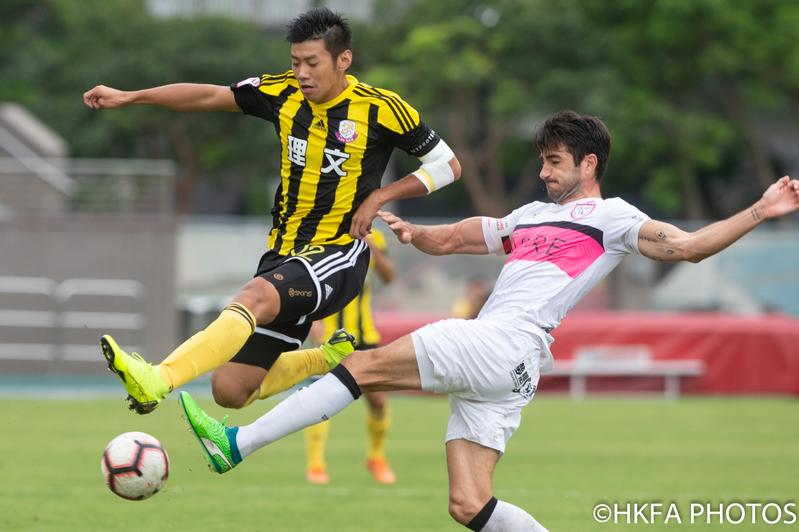 Lee Man will kick off the New Year on Jan 1 with a Sapling Cup match against Pegasus. (PHOTO COURTESY OF HKFA)

Pegasus and Lee Man are given the honor to kick off the new year on Jan 1. Both sides have had a relatively long winter break of more than three weeks, so the players should be well rested. Nonetheless, Pegasus are still considered the favorites in this match. Currently fifth in the table, they lost 0-3 to Kitchee, before inflicting Eastern the first league defeat of the season. Australian forward Travis Major seems to be particularly keen on the Sapling Cup, where he scored a hat-trick last time out against Hoi King.

The rescheduled match between Eastern and Hoi King will eventually set the stage for the remainder of the season, as it will allow fans and followers to draw a clear picture of who the title contenders will be. Of course, Eastern would almost certainly expect a sure win against Hoi King, which would put them back on top of the table, leapfrogging current leaders R&F by one point. However, while the Blues had a strong start into the season, they also started losing their dominance in the last weeks, particularly since the injury of center-back Jose Angel. It is yet to see if Eastern will make any move during the transfer period, though it should be expected that they might want to sign another defender to strengthen their squad. For Hoi King there is not much too lose in this game, and they will just keep doing what has worked best so far: counter-attacks via 40-year-old striker Chris Annan.