Remarks by US politicians condemned 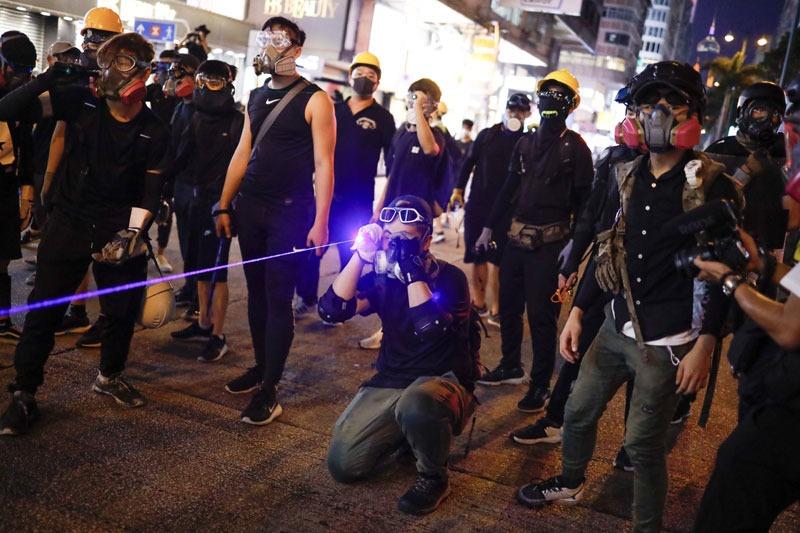 Recent statements from US politicians violated the spirit of rule of law and interfered with China's internal affairs, a spokesman with the country's top legislature said on Saturday.

You Wenze, spokesman of the Foreign Affairs Committee of the National People's Congress, said some US politicians have glorified violent crimes in Hong Kong as protests for human rights and freedom, while smearing as violent suppression Hong Kong police efforts at law enforcement and maintaining social order.

He said some politicians have threatened to push for the US Congress to pass a so-called Hong Kong Human Rights and Democracy Act, which "severely violated the spirit of rule of law, showed clear double standards and grossly interfered in China's internal affairs".

The law has no authority if law-breaking actions are not punished, and there is no rule of law if the law loses its authority

You's remarks came in response to several statements from US politicians including speaker of the House Nancy Pelosi and Senators Mitch McConnell and Marco Rubio on Hong Kong.

Such actions challenge the "one country, two systems" principle and reject the rule of law in Hong Kong, threatening the safety of Hong Kong people's lives and property – these acts must be punished according to the law, he said.

"The law has no authority if law-breaking actions are not punished, and there is no rule of law if the law loses its authority," You said, adding that maintaining social order and stability in Hong Kong must be based on the rule of law.

He said Hong Kong is part of China and Hong Kong affairs are China's internal affairs.

The city's long-term prosperity and stability are built on the strong will of all Chinese people, including 7.5 million Hong Kong people.

"It can by no means be undermined by a very small number of violent criminals and changed by any interference from external forces," he said.

He said some US politicians have glorified violent crimes as fights for human rights and freedom and have smeared Hong Kong police, who have been fulfilling their duties in law enforcement and safeguarding social order.

They even threatened to push for a bill on "Hong Kong human rights and democracy" in the US Congress, he said.

"This seriously violates the spirit of the rule of law. It's clear double standards and a blatant interference in China's internal affairs," he said.