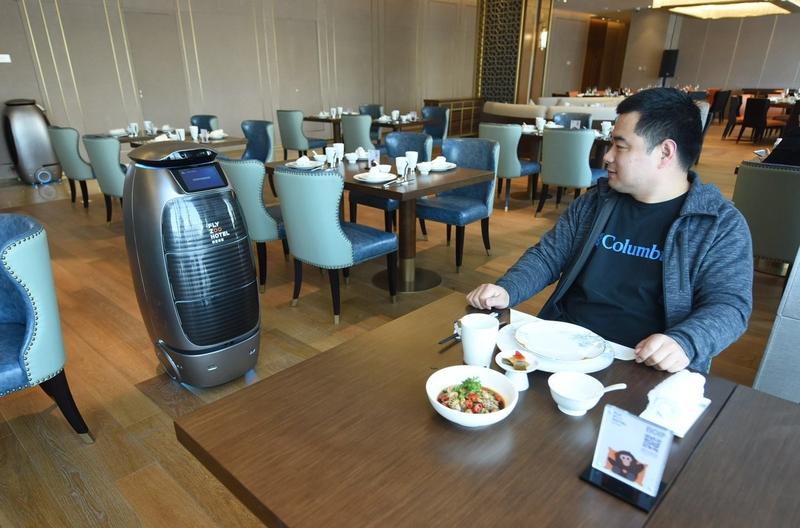 In China, the vast yet immature hospitality market is coveted by like-minded players from H Chain Hotel backed by Huazhu Hotels Group to India-headquartered Oyo

In one year's time, Fliggy aims to draw the country's 40,000 independent hotels that don't belong to any proprietors and are independently run, and give them a uniform digital makeover, company executives said.

A three-month trial run that ended early December has seen the recruitment of 15,000 such hotels to the bloc. An overarching goal is to raise their average occupancy rate by 10 percent, said Zhuang Hai, who oversees the initiative and also heads the FlyZoo Future Hotel, Alibaba's indigenous, tech-driven hospitality prototype.

"The core of the alliance is to empower these scattered hotels with a shared client pool and help them build up their brands through online traffic injection," he said.

The roughly 920,000 independent hotels, each of which typically hosts 80 hotel rooms or below, claimed over 85 percent of China's hospitality market. The market value stood at nearly 1 trillion yuan (US$142.7 billion), the China Hotel Industry Report published in June said.

However, common pain points lie in its weak brand power, lack of membership system and the consequent deficiency in service standardization, the report said.

Zhuang said participating hotels stand to enjoy more prioritized positions on the search page, as each of them bears a conspicuous logo under the bloc.

Other incentives include a performance-based commission rebate system, as well as a membership card system that can give guests an 8 percent discount and conduct personalized marketing based on customer profiles.

In China, the vast yet immature hospitality market is coveted by like-minded players from H Chain Hotel backed by Huazhu Hotels Group to India-headquartered Oyo.

For instance, since its entry into China two years ago, Oyo has penetrated into more than 2,000 cities and townships in the country, signing over 19,000 hotels and boasting some 780,000 rooms, the company said last month.

"Competition is definitely fierce," said Zhao Huanyan, chief analyst at Shenzhen-based hospitality consultancy Huamei. "For platforms like Fliggy, scaling by gathering more hotel resources is a prerequisite before technology can make a difference and generate profits."

Alibaba has long trained its sights on the hospitality market. Apart from inking strategic deals with global industry gurus like Marriott hotel chain in the US and French hospitality firm Accor, the company stepped up efforts in building its own hotel brand where technology meets hospitality.

Run almost entirely by robots that serve food and fetch toiletries and other sundries as needed, Alibaba's Future Hotel eschews traditional check-in and key card processes. It instead allows guests to manage reservations and make payments entirely from a mobile app, sign in using self-service kiosks, and enter their rooms using facial-recognition technology.