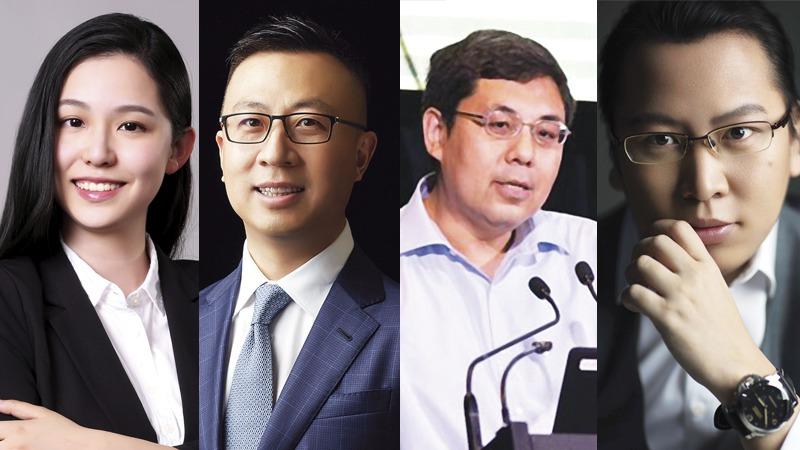 Thirty-something Wang Dong started writing serialized web novels as a hobby. In fact, it was his enthusiast passions for soccer, basketball, the Chinese board game Go and Formula One motor racing that inspired him to write The King’s Avatar in 2011.

The King’s Avatar, which chronicles the adventures of a professional esports player, attracted millions of fans not only in China but overseas as well. It was also adapted into an animated series and TV show. This has made Wang, who is better known online by his handle Butterfly Blue, one of China’s most successful authors.

But like most professional online writers in China, Wang must also contend with piracy. This is why he welcomes the Chinese government’s crackdown on copyright infringement.

“I firmly believe that the improvement (on copyright enforcement) will (give) better protection to our work,” he told China Daily Asia Weekly.

Wang said assurance for writers that novels will be protected from privacy will encourage online authors to continuously produce high-quality work.

Analysts interviewed by China Daily Asia Weekly said a stringent intellectual property (IP) protection system will not only help authors but will also boost the growth of the online literature industry.

“Strong copyright enforcement and protection is essential for the (development of the) online literature industry in China,” said Ren Xiang, academic course adviser and research fellow at the Australia-China Institute for Arts and Culture at Western Sydney University.

Ren said strict enforcement of copyright law will still create a “positive stimulating environment” for writers, allowing them to focus on their work without worrying about piracy and potential income loss.

The online literature industry has grown steadily for the past 30 years, with the China Writers Association noting that the number of digital readers reached nearly 380 million in 2017.

But while internet accessibility nurtures the growth of online literature, it also leads to online piracy. Original works are copied and made available on other websites, crimping both the digital publishers’ revenues and authors’ royalties.

“For years, plagiarism in the country’s media industry has been a multibillion-dollar business, but the cost of committing such a crime remains unreasonably low,” said Wang Yangbin, chairman and CEO of Vobile Group, a Hong Kong-listed company offering online video content protection services.

Wang said there was a prevailing misconception that online piracy is a ‘victimless’ crime and the victims are “invisible”. “But, the fact is the victims are visible. It is the content producers and industry investors who fall prey to rampant plagiarism,” Wang said.

As China’s economy grows, so does the need to strengthen the protection of IP rights. This is especially crucial as it moves toward becoming an innovation-driven economy.

Chinese Premier Li Keqiang said protecting IP rights is an inevitable requirement for achieving innovative growth, according to Xinhua News Agency. Li made this statement on Aug 28 during his meeting in Beijing with WIPO Director-General Francis Gurry at the high-level conference on IP rights for countries involved in the Belt and Road Initiative.

Li said China is in a critical stage of upgrading and improving its economy and will adopt a stricter IP rights protection system and improve related laws and regulations. He said violators of IP laws will be severely punished and that China will extend equal protection to both domestic and foreign enterprises.

China has been strictly enforcing the Copyright Law in recent years, mostly through the Sword Net campaign launched by the National Copyright Administration of China (NCAC) in 2005.

Under this campaign, the NCAC monitored and shut down thousands of websites and links that violated the Copyright Law. It also confiscated pirated products and filed criminal cases against online pirates.

For the Sword Net campaign this year, NCAC is targeting online reposts of articles, video clips and animation games.

The crackdown, so far, has helped in reducing online piracy, according to the Shanghai-based iResearch Consulting Group.

In its report on China’s internet development, CNNIC, to illustrate the growth of China’s online literature industry, cited the successful listing of digital publishers China Literature on the Hong Kong Stock Exchange and IReader Technology on the Shanghai Stock Exchange.

But it is not just the online literature sector growing due to a more strict enforcement of China’s Copyright Law.

Online novels have become so wildly popular that digital publishers adapt them into other formats to maximize revenues. This has created another industry — the ‘pan-entertainment’ sector. TV shows, movies and animated series based on the novels are produced to appeal to fans.

A stronger IP protection system will ensure these adaptations are protected from piracy.

According to Neil Wang, global partner and China managing director at market research and consulting firm Frost & Sullivan, IP protection will encourage digital publishers to acquire and create content that can attract and retain users across their various platforms.

Writers are also guaranteed higher royalties. Ren of Western Sydney University said protecting copyright in the pan-entertainment industry will provide “a long-term economic incentive” to writers, as royalties will come from adapted versions of their works.

But while Ren welcomed copyright protection’s benefits for writers, he also stressed that most writers do not enter this industry to enrich themselves.

“In my view, though commercial success of best-selling online authors is encouraging and inspiring, many still write online literature for personal interest, self-expression and cultural participation,” he said.

“I (read) a novel about online gaming and I was amazed,” he said. “I myself was a gamer and had lots of unfulfilled wishes and expectations in gaming, so (I decided) to write my own story.”