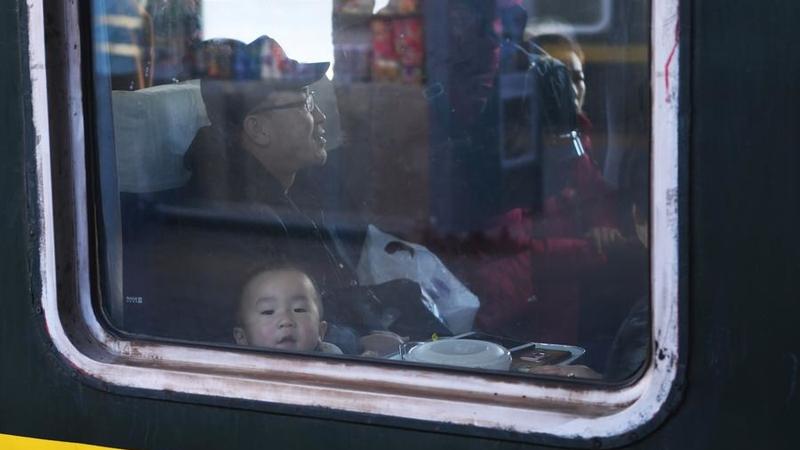 In this Jan 21, 2019 photo, passengers board a train at Taiyuan, capital of Shanxi province. (YANG CHENGUANG / XINHUA)

The travel rush began 15 days ahead of the Spring Festival, or Lunar New Year, which falls on Feb 5 this year.

In the following 40 days, from Jan 21 to March 1, nearly 3 billion trips are to be made via trains and buses as people rush to see their family or travel around the country. 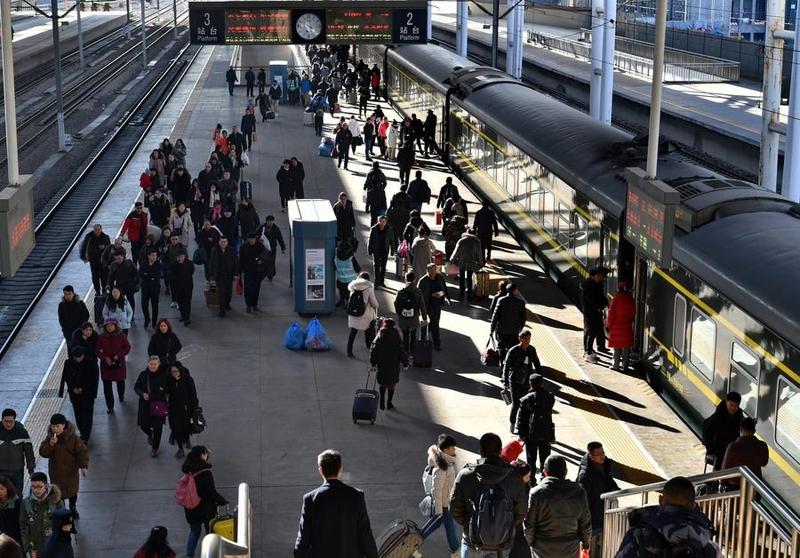 In this Jan 21, 2019 photo, passengers board a train at Taiyuan, capital of Shanxi province. (YANG CHENGUANG / XINHUA)

China launched 10 new railways at the end of 2018, adding the total length of the country's high-speed railways to 29,000 km.

The country's aviation authority plans to schedule 532,000 flights during the travel rush, an increase of 10 percent year on year.