By Chen Jia in Osaka, Japan 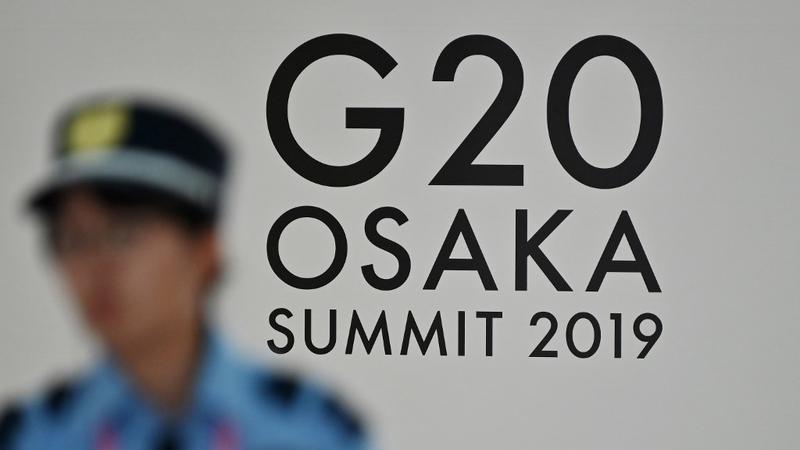 A member of security is pictured at the venue for the G20 Osaka Summit in Osaka, June 26, 2019, ahead of the start of the summit later this week. (CHARLY TRIBALLEAU / AFP)

Experts from international institutions and think thanks gathered in Osaka, Japan, on Tuesday, and called for enhanced economic policy communication through the G20, especially between China and the United States, to ease trade friction and minimize downside risk.

They offered ideas for achieving strong, sustainable, balanced and inclusive global growth at a forum, co-organized by China Daily and the Chinese Academy of Social Sciences, a government think tank.

Zhu expects the upcoming G20 Summit in Osaka to be a great opportunity for China and the United States to resume trade talks. President Xi Jinping and US President Donald Trump are expected to meet on the sidelines of the two-day summit, which begins on Friday.

The long-running Sino-US trade dispute escalated last month when the two sides failed to reach a deal during their talks, with additional tariffs the result. The US hiked existing tariffs on US$200 billion worth of imports from China, and Beijing responded by increasing tariffs on about US$60 billion in US goods.

"The tariff war should stop, and the two countries should seek cooperation in areas including infrastructure construction investment and WTO reform. There are opportunities to work together and manage their differences. The two countries need to find new ways to organize the relationship," said Matthew P. Goodman, senior vice-president at the Center for Strategic and International Studies.

Unilateralism and trade protectionism have pushed the world economy away from the path of inclusiveness and win-win development as a result of outdated notions of a zero-sum game and a winner-takes-all mentality, a panelist said.

"Transnational policy coordination should be reinforced through top-level communication, multilateral mechanisms and nongovernmental organizations," said Akshay Mathur, CEO and director of research at Gateway House under the Indian Council on Global Relations.

In the long run, the trend toward globalization will be resumed, said Martin Jacques, a senior fellow at Cambridge University's Department of Politics and International Studies. "An increasingly globalized world means a growing interdependence of nations in a multitude of ways, from economic and cultural to environmental and the overarching challenge of climate change," Jacques said.