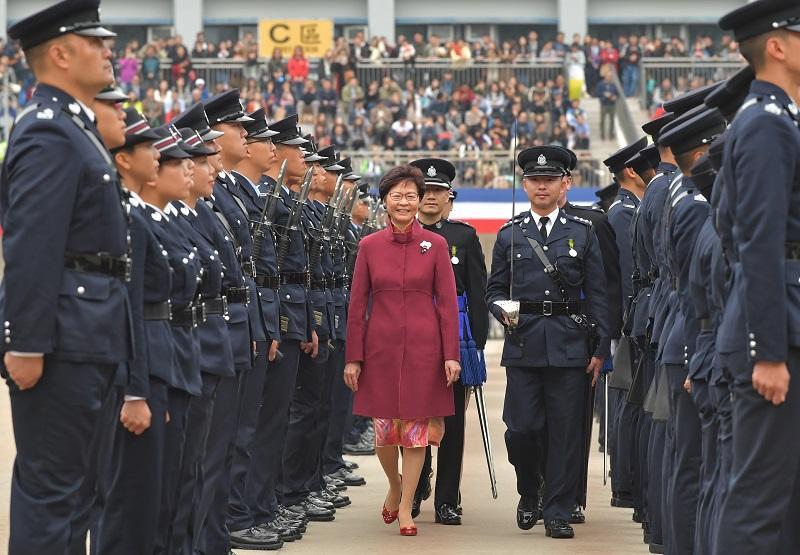 Attending the passing-out parade of the Hong Kong Police College Saturday, Lam said that the police force has contributed greatly to the economic development of Hong Kong which every member of the law enforcement agency should take pride.

A total of 40 probationary inspectors and 176 recruit constables passed out.

Lam said the number of crimes per 100,000 population in 2016 stood at 825 cases in Hong Kong, representing a new low in the past 44 years. It was attributed to the concerted efforts of every member of the police force.

The chief executive also commended the police force for being innovative and striving for excellence in the past years.

In view of the heightened global terrorism situation, it set up a team within a short period of time to ensure that Hong Kong remains one of the safest cities in the world, she added.

Lam encouraged graduates to work with full commitment and passion, and to serve the society and members of the public with empathy. Meanwhile, she hoped that every member of the police force could work together and continue to maintain its professionalism. 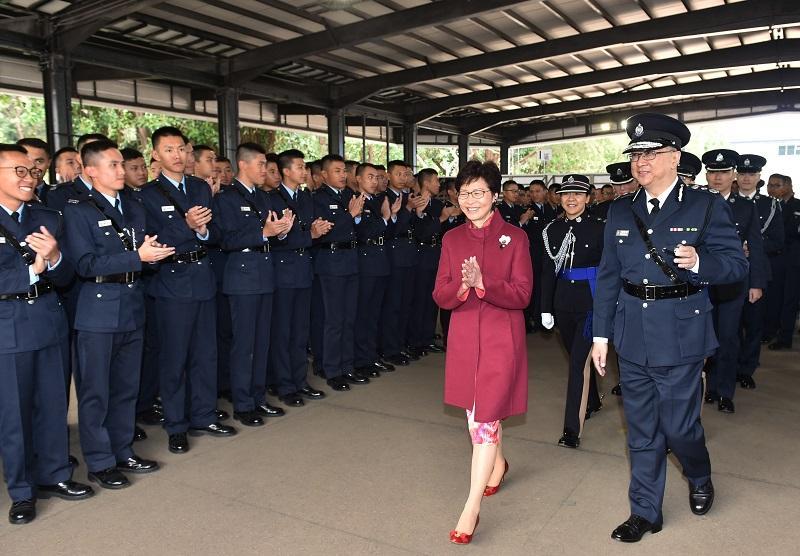