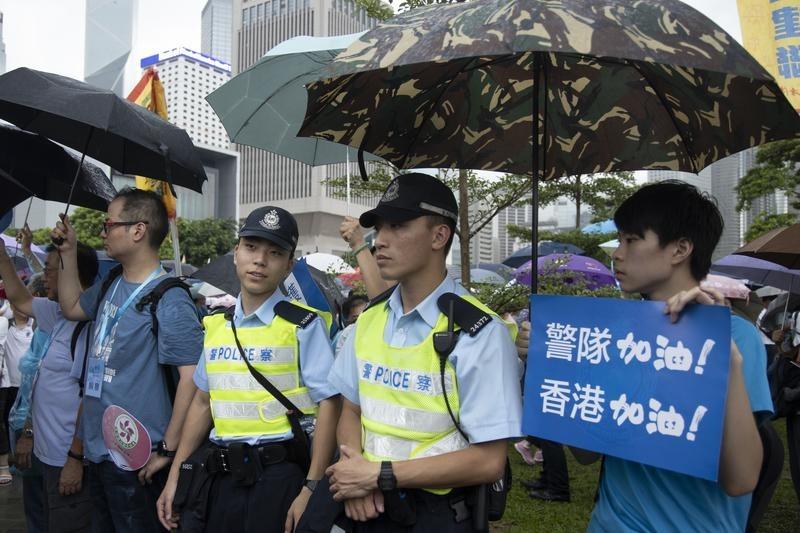 HONG KONG — About 10 Hong Kong police officers have been invited to join in celebrations marking the 70th founding anniversary of the People's Republic of China in Beijing on Oct 1, the National Day.

Beijing-based Global Times reported on Wednesday night that the officers, including some who were injured in the recent violent protests, were invited to attend a gala show on Oct 1, the highlight of a series of grand events planned to mark the 70th anniversary.

Among those invited is an officer, surnamed Lau, from Kwai Chung Police Station. Lau, known as "bald sergeant Lau Sir", became a popular figure on the Chinese mainland after a cartoon of him holding a gun to protect his colleague amid violent attacks by protesters went viral online.

The cartoon reflects a July 30 incident, where he protected his colleague outside the police station by holding his long gun and stayed on guard against hundreds of radical protesters who violently besieged the station and attacked police.

The Hong Kong Police Force has been under great mental and physical pressure since anti-extradition bill protests broke out in the special administrative region on June 9.

More than 200 police officers have been injured while dealing with violent protesters in the past months, including one who had part of his fingertip bitten off.