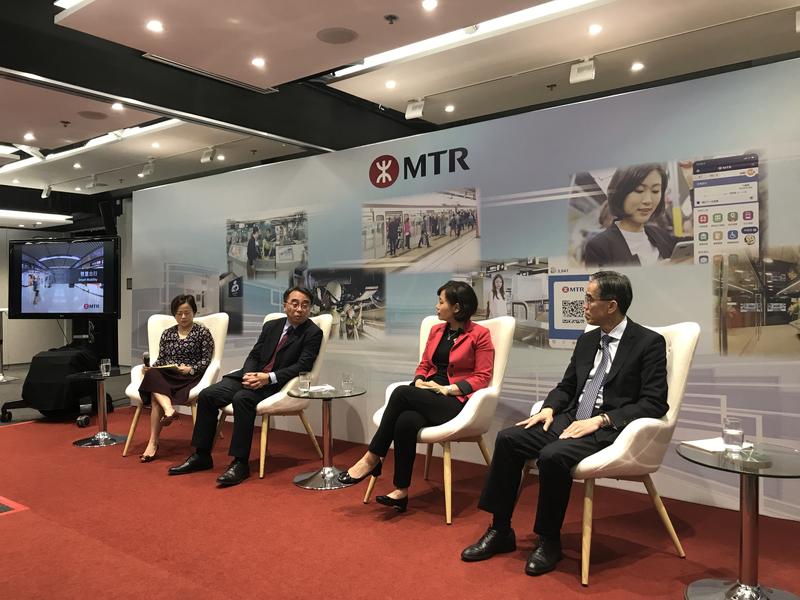 HONG KONG-Jacob Kam Chak-pui, newly appointed CEO of MTR Corp, on Monday vowed to “go all out” to win back the public confidence the company has lost after a series of recent scandals and accidents.

In the first gathering with the city’s media outlets since his appointment on April 1, Kam said the company will proactively look into existing problems and improve its supervision mechanism to restore plunging public confidence in Hong Kong’s sole mass transit railway operator.

The MTR’s reputation was further damaged after two subway trains collided during a trial run on March 18 due to a signal failure. The crash is considered the most serious incident of its kind in Hong Kong in 40 years.

He also pledged that the company will have greater public transparency and listen to more comments and advice from stakeholders.

The company will do everything in its power to submit the final report on the Sha Tin to Central Link scandal by June 30 as required by the independent investigation committee. Another investigation report over the collision incident, along the Tsuen Wan Line, will also be submitted, in time, around June, Kam promised.

To provide better service, the company will upgrade all entry gates and ticketing machines phase by phase to introduce various payment methods, including credit card and other payment applications.

The company earlier announced that passengers could enjoy the QR code-based payment service offered by Alipay at ticket gates as of mid-2020. Similar services will also be provided by WeChat Pay starting in mid-2021.

The most popular public transportation in Hong Kong, the MTR has recorded a consecutive increase of passenger volume during the past decade. In March, the MTR’s daily patronage figure reached more than 4.9 million, according to company statistics.