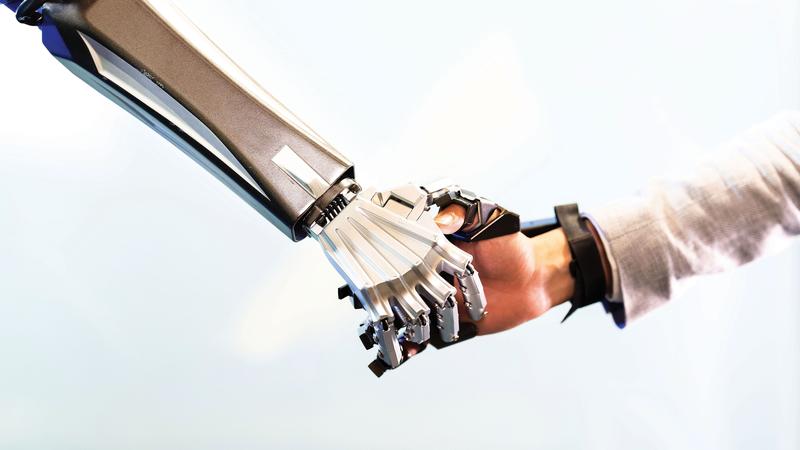 Roborn Dynamics Ltd — a robotics startup which introduced motion detection control technology in Hong Kong last year and is located in the Guangdong-Hong Kong-Macao Greater Bay Area — has demonstrated how it has taken full advantage of the policies of the various cities in the highly touted Bay Area.

Having set up a couple of branches in the Bay Area cities within two years, the company combines the advantages each place offers to fully interpret the potentials in the region.

Like most aspiring young people who have tapped into the Bay Area years ago, Dr Mark Mak, founder and chief technical officer of Roborn Dynamics, and his team were curious and eager to launch their intelligent robots in a bigger market. They decided to make the first move by taking part in local technological and innovative competitions to get themselves absorbed into the region.

The Bay Area, which links the Hong Kong and Macao special administrative regions and nine cities in Guangdong province — Guangzhou, Shenzhen, Foshan, Zhongshan, Dongguan, Zhuhai, Zhaoqing, Huizhou and Jiangmen — into an integrated economic and business hub, has come up with a package of policies from each city to lure talents and startups intending to set up business in the region.

“The local policies are changing every year and, to be prudent, we don’t have our operations focused on just one place. What we do is to get a broader vision to illustrate the advantages each place offers,” Mak explained.

Having won awards in more than 10 innovation and entrepreneurship competitions in the Bay Area, Roborn Dynamics has not only spread its reputation in the region, but has also completed market research and set up branches in cities based on their strengths.

In 2016, the company won the silver award in the first youth technology and social innovation competition held by Hong Kong Youth and Professional Network. Besides, the startup won the championship under the Hong Kong section in the Qianhai Guangdong-Hong Kong-Macao Youth Innovation and Entrepreneurship Competition.

Mak said they had already won the Asia Hardware Battle in Shanghai and was the runner-up in an innovation and entrepreneurship competition in Wenzhou, Zhejiang province.

So far, the company has set up four branches in the Bay Area, each with its own responsibilities. Its branch in Hong Kong’s Cyberport takes charge of software algorithm, research and development. “Hong Kong still has the lead in robotics and artificial intelligence worldwide,” said Mak. Roborn Dynamics joined the Cyberport Incubation Programme in June with up to HK$500,000 support over 24 months. Cyberport provided working space for Roborn Dynamics in October at a much lower price.

For Dongguan, the city’s solid industrial foundation and complete supporting industries give it a significant role in manufacturing and purchasing in the Bay Area’s technological and innovative industry. As such, Roborn Dynamics has established a center for procurement and production at Dongguan Songshan Lake. “The core components of robots are mostly purchased in Dongguan,” Mak said.

The Guangzhou office takes care of domestic sales, while the company’s upcoming Shenzhen Qianhai office will serve as a maintenance center and focus on international marketing.

Roborn Dynamics also has a professional training base and docking center in Jiangmen. “We see our involvement in Jiangmen as a long-term development strategy for the company. By cooperating with various colleges and universities there, we also develop our technical team,” said Mak.

“From just four technical staff last year to 40 so far this year, our technical team is expanding. Besides professionals and experts from Hong Kong, we’ve hired experts from other cities in the Bay Area in our lab,” he added. The company has teamed up with Wuyi University and Jiangmen Vocational and Polytechnic College to work on assembling and debugging robots. Currently, the laboratory co-established by Roborn Dynamics and Wuyi University is worth 30 million yuan (US$4.3 million) and is a biomimetic robotic facility with three professors.

Mak and his team believe that only through close collaboration among cities in the Bay Area can the region exploit the advantages to the full instead of competing with each other for talents.

“We hope entrepreneurs can understand the policies and make the most use of them and be flexible,” Mak said. “We’ve to view the Bay Area as an integral whole.”

In July last year, Mak and his team took the algorithm of the robots’ fingers completed in Hong Kong to Jiangmen and produced the first robotic arm there. They developed the second version in one year and are now testing the robotic feet and aircraft.

The company’s latest humanoid robot series ME can replace humans for high-risk works, like bomb disposal, checking radiation leaks or performing tasks in high-electricity environments. The motion sensor allows anyone to control every movement of the robot by simply moving a finger.

“In the beginning, we targeted people who need protective clothing in different working environments, such as those with bacterial contamination or radiation,” Mak said. “But, later on, different clients with different applications came to us. And we try to match their requirements,” he added.

According to Mak, Roborn Dynamics has forged a strategic cooperation agreement with China Mobile on 5G robotics. With 5G networks reaching lower latency of 1ms, robots can be operated without distance limitation and respond faster, which means one can control the robot wherever there is a 5G network by simply moving one’s hands and fingers.

“It’s dangerous if hackers hack into the robots and break down the system. In this case, with 5G networks, you can cut off the internet whenever you find something wrong. The safety performance is thus improved,” Mak explained.

“Cooperating with China Mobile helps us tap into a wider market on the mainland,” Mak said. “And, we’re gradually setting standards together.”

In future, Roborn Dynamics will develop robots for elderly care and national defense-related use, according to Mak.

The company showcased its advanced robot on this year’s Hong Kong Trade Development Council Entrepreneur Day in May, with more than 270 exhibitors from the US and other countries attending. The robots were also displayed during the 38th HKTDC Electronics Fair Autumn Edition in October.

“Some people are interested in our technology and products. We haven’t conducted public market financing yet, but there’re already four or five investors coming to us,” Mak said.