Eastern and Kitchee bolster their squads for title race

Lucas Silva and Sandro join Eastern for the rest of the season. (PHOTO COURTESY OF EASTERN)

As for anything else, a new decade also started for Hong Kong football, with the 2019/2020 Premier League carrying on for the decisive part of the season. That said, the festive period over Christmas and New Year was full of action across three competitions. Lee Man and Eastern came out as winners in their respective Senior Shield semi-finals and will meet each other on Feb 9, 2020 at Mong Kok Stadium for the first trophy of the year.

With R&F dominating the Premier League at the moment and cementing their role as favorites for the title, some of the rivals already felt the need to act during the winter transfer window. Kitchee were the first to announce two major signings: Serbian Nikola Komazec joins the Bluewaves from Southern, who had released him earlier in December. The striker is set to replace Lucas Silva, one of the top goalscorers of the league, who was released from the team due to internal matters. Kitchee also finally made the highly anticipated signing of a foreign defender. Park Jun-heong, 26, who used to play for Suwon Bluewings in South Korea, will wear number six and is meant to be a crucial addition for the upcoming AFC Cup qualifier Kitchee will be engaged in as early as February.

After a great start into the season, the recent form of Eastern has dipped a bit, so it was not too surprising that the management intervened – and they indeed went all out. The Blues secured two of the best strikers in the league: Brazilian strongman Lucas Silva joins from Kitchee, while naturalized HKSAR passport holder Sandro has ended his contract with Tai Po to reunite with his former coach Lee Chi-kin at Eastern. Meanwhile, they have loaned out midfielder Jean Moser to Pegasus. The Flying Horsemen are also without Gabriel Mendez from now on, who has moved to Southern.

The coming weekend will see four games in the Sapling Cup group stage, while the Premier League is set to return on Jan 16. 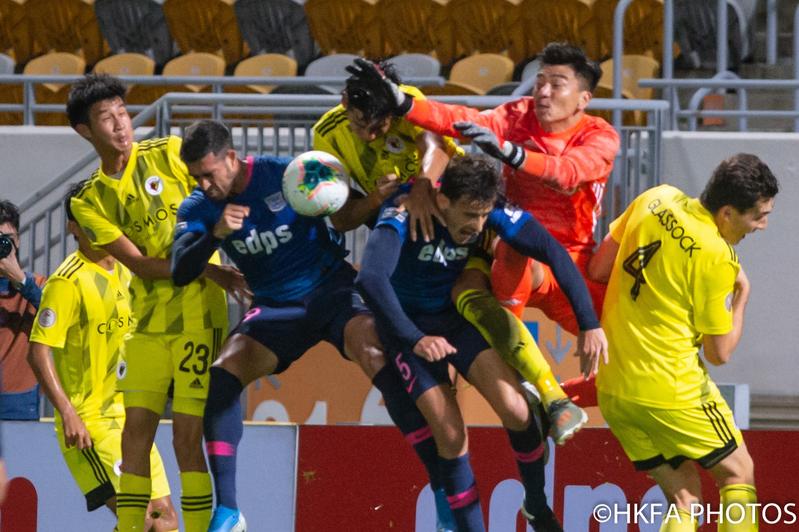 Kitchee beat Pegasus 2-1 in the last league game of 2019. (PHOTO COURTESY OF HKFA)

Rangers and Kitchee will meet on neutral ground in Tai Po on Saturday to fight their fourth group match in the Sapling Cup. Kitchee have so far only gained four points, while Rangers have lost all of their games and are at the bottom of Group A. Eastern are on top of the table with nine points, and as only the group winners will advance to the final, it would be time for the other teams to step up their game. Kitchee have just beaten Pegasus 2-1 in the league, however, the performance was less convincing than expected. Rangers on the other hand have suffered a moment of embarrassment after being thrashed 1-7 in the league by R&F. While there is not too much at stake for both sides, Kitchee are clearly the favorites to bag three points, and they might use this occasion for testing their new arrivals Nikola Komazec and Park Jun-heong.

Later that day, Pegasus will face Eastern at Mong Kok Stadium, the former home ground of both teams. The Flying Horsemen have just lost to Kitchee in the league and generally had a turbulent season thus far. They are only seventh in the league right now with six points. Things look much better in the Sapling Cup, however, were they are first runners-up in Group A, also with six points. Pegasus also seem to struggle with their squad management, as many foreign players struggle to settle down with the team. Charles Lokolingoy left the club suddenly before Christmas, while Gabriel Mendez just joined Southern after falling out of favor with the manager. Eastern, in the meanwhile, will try to pick up momentum from their new signing, and a win against Pegasus would put them very much on track for the Sapling Cup final already. The Blues, however, have just lost to Lee Man in the Premier League on Dec 22 and will be keen to start afresh in the new decade. 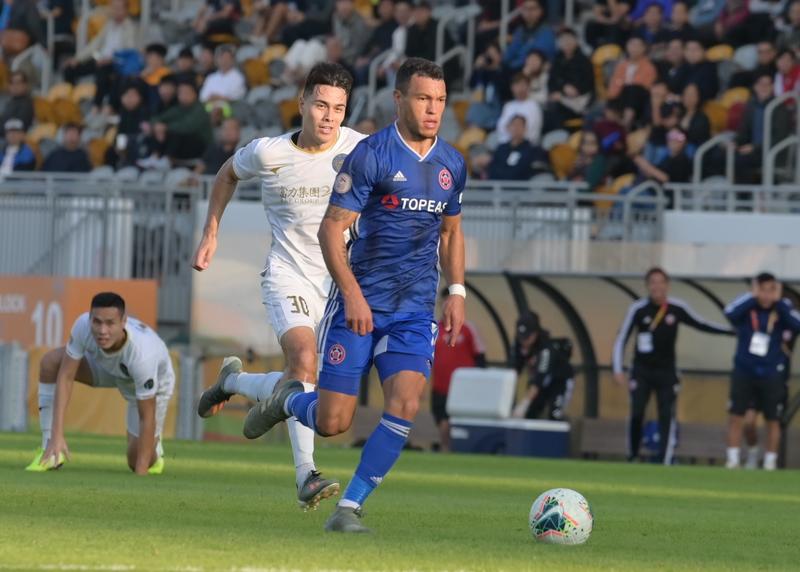 Happy Valley and Southern have arranged their rendezvous at Hammer Hill Road for Sunday afternoon. The Greens have just had a disappointing goalless draw with Yuen Long, which did not help either of the teams in their relegation fight. This was eventually followed by a 0-1 loss to R&F in the Sapling Cup. However, Happy Valley have still good chances to win their group, as they are currently just two points behind leaders Yuen Long. Southern just beat Tai Po in the latest Premier League round, with Australian forward Travis Major scoring both goals in the 2-1 victory. Yuto Nakamura pulled one back for Tai Po in injury time, but is was too little too late to challenge for an equalizer. In Group B of the Sapling Cup the Aberdeeners are just one point ahead of Happy Valley and will try to keep them at bay.

The last match of the weekend will see R&F taking on Yuen Long at Mong Kok Stadium. For the Tangerines the Sapling Cup may be the only opportunity to find some redemption this season, as they are currently on top of Group B and have still some realistic chance to compete for silverware. For R&F things look a bit less rosy, as they may soon have missed out on another trophy. While the Guangzhou side is on track of winning the Premier League title, their defeat in the Senior Shield semi-final was a painful reminder that the club has yet to win their first silverware, putting coach and players under ever more pressure to deliver.