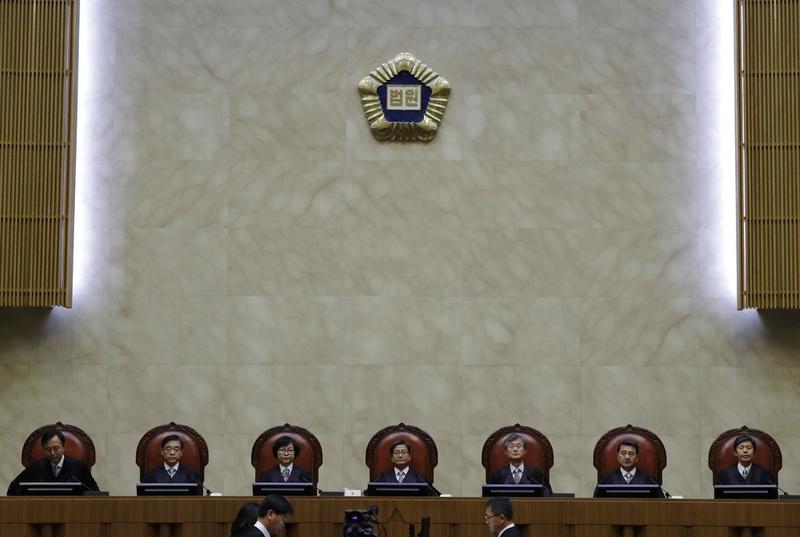 SEOUL/TOKYO - The Republic of Korea (ROK)'s top court ruled on Tuesday that Japan's Nippon Steel & Sumitomo Metal Corp must compensate four ROK workers for their forced labour during World War Two, a verdict Japan denounced as "unthinkable" while expressing hope that the uneasy neighbours' cooperation on the Democratic People's Republic of Korea (DPRK) would not be hurt.

In a landmark ruling, ROK's Supreme Court upheld a 2013 order for the company to pay 100 million won (US$87,700) to each of the four steel workers who initiated the suit in 2005, seeking compensation and unpaid wages.

The court ruled that the former labourers' right to reparation was not terminated by a 1965 treaty normalizing diplomatic ties, rejecting the position taken by the Japanese government and courts, Yonhap news agency said.

Lee Choon-shik, the 94-year-old sole surviving plaintiff, welcomed the ruling, saying in a televised news conference that it was "heartbreaking to see it today, left alone alive".

Japan and ROK share a bitter history that includes Japan's 1910-45 colonization of the Korean peninsula and the use of comfort women, Japan's euphemism for girls and women, many of them Korean, forced to work in its wartime brothels.

The ruling prompted a swift and angry reaction from Tokyo.

Japanese Prime Minister Shinzo Abe, speaking in parliament, said the matter had been "completely and finally" settled by the 1965 treaty. "This verdict is a decision that is impossible in light of international law," he said.

Foreign Minister Taro Kono, who summoned ROK ambassador Lee Su-hoon after the verdict, said it "fundamentally overturned the legal basis for bilateral friendship since the normalization of ties in 1965".

But Kono told reporters he hoped Seoul would do what was needed to prevent the matter from affecting cooperation between the two US Asian allies in trying to rein in DPRK's nuclear programme.

Nippon Steel said the verdict was "deeply regrettable" and that it would review it before taking any next steps. 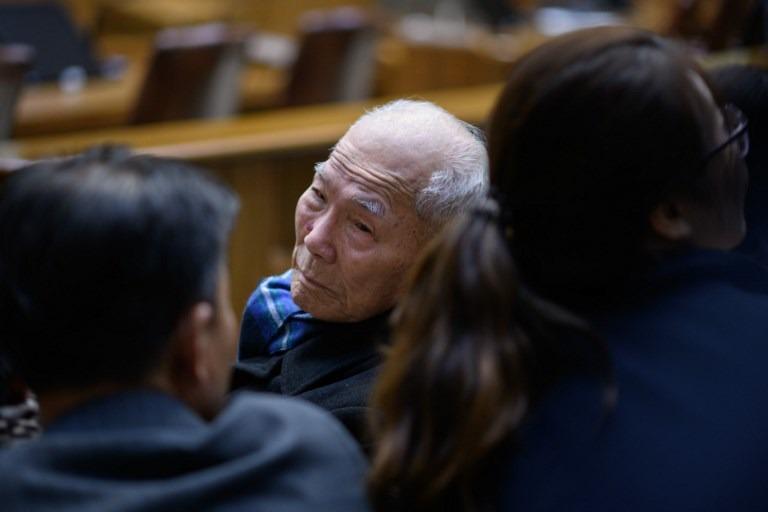 Japanese Deputy Chief Cabinet Secretary Kotaro Nogami told a news conference that if Seoul did not respond promptly, Tokyo would consider its options, including international arbitration.

Nippon Steel, which merged with Sumitomo Metal Industries in 2012, had argued that it was not responsible for the actions of the wartime steelmaker.

Some Seoul officials and experts fear the court's decision, final and binding, could damage bilateral relations.

If Nippon Steel refuses to compensate, the plaintiffs could request a seizure of the company's property in ROK, which may result in an exit of some Japanese businesses, a cut in investment and a flare-up in anti-Japanese sentiment.

Japanese Deputy Chief Cabinet Secretary Kotaro Nogami told a news conference that if Seoul did not respond promptly, Tokyo would consider its options, including international arbitration

ROK's foreign ministry, under a previous government, said that a seizure of assets could drive relations into an "irreversible catastrophe".

ROK's Foreign Ministry spokesman Roh Kyu-deok said it was "exploring all possibilities" but has raised the need with Tokyo for joint efforts to keep the matter from hurting ties.

"We might have to brace for not only a diplomatic crisis but a pull-out of some Japanese firms and a fall in new investment", said Shin Beom-chul, a senior fellow at Asan Institute for Policy Studies in Seoul.

Other former labourers and survivors of wartime atrocities, including the comfort women and two atomic bombings in Japan, could also follow suit, activists and analysts said.

There are 14 similar damages lawsuits pending in court against firms including Mitsubishi Heavy Industries Ltd and Mitsui Mining and Smelting Co Ltd.

A panel endorsed by the ROK government in 2012 unveiled a list of 299 Japanese companies which it said committed "war crimes".

Tuesday's ruling eliminated the "room for diplomacy" and Japan could take the case to international arbitration, though ROK is not a member of the International Court of Justice, said Jin Chang-soo, a senior fellow at the Sejong Institute think tank south of Seoul.

He said it was significant that the ruling upheld a 2012 verdict that Japan's occupation of the peninsula was illegal.

"But the 1965 treaty has been the foundation for the bilateral ties ever since, and now there may well be trust issues, uncertainties over our economy, and impact on cooperation over the North Korean nuclear issue", Jin added.