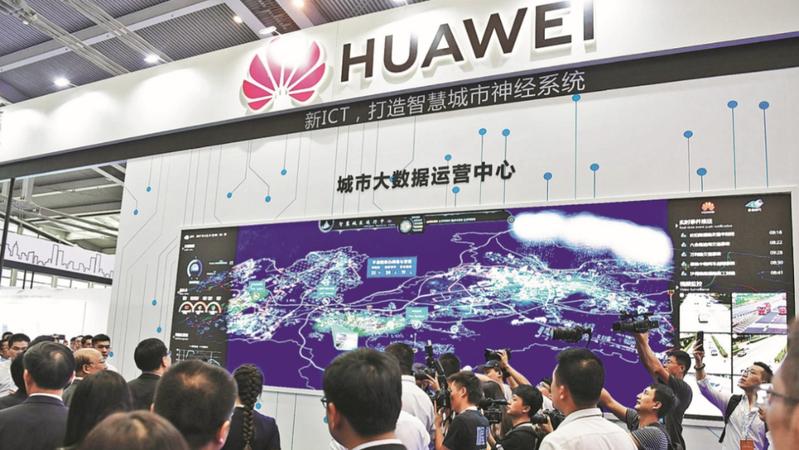 GENEVA — Chinese telecoms giant Huawei led the pack with Asia accounting for more than half of the international patent applications at the World Intellectual Property Organization (WIPO) last year, WIPO said on Tuesday.

Huawei, which has been under pressure since the United States demanded its allies bar Chinese vendors from participating in building 5G networks due to national security concerns, made 5,405 patent applications to the UN body, up from 4,024 in 2017.

WIPO oversees international treaties governing patents, trademarks and industrial designs. Its annual report on the applications it receives - a subset of all intellectual property filings globally - gives an early snapshot of the trends.

"Historically, this is really quite extraordinary," he said.

"Historically, this is a momentous occasion, this is something that is really a very, very significant result."

The second-biggest user of the WIPO international patent system in 2018 was Mitsubishi Electric with 2,812 filings, followed by Intel with 2,499.

Although inventors in the United States filed more applications than in any other country, China looks set to take the top place this year or next, after a meteoric rise over the past quarter century.

Asia accounted for six of the top eight companies, with China's ZTE Corp and BOE Technology Group and South Korea's Samsung Electronics and LG Electronics also among the leaders.

China also jumped up the academic rankings, with four of its universities making the top ten list for the first time. Shenzhen University and South China University of Technology leapt into third and fourth spot, just ahead of Harvard

China also jumped up the academic rankings, with four of its universities making the top ten list for the first time.

While the University of California remained well ahead among educational institutions, with 501 patent applications in 2018, and Massachusetts Institute of Technology was second, Shenzhen University and South China University of Technology leapt into third and fourth spot, just ahead of Harvard.

Gurry said Chinese universities benefited from an extremely strong emphasis on innovation and the commercialization of basic research, as well as access to the world's second largest national pool of research and development spending.

He said China had introduced an equivalent of the US.

Bayh-Dole Act, ensuring that patents taken out on government-sponsored research were being used, may have had an influence on Chinese universities' attitude towards commercializing their research.

The WIPO report represents applications for patents, trademarks and designs that their owners feel are valuable enough to protect and promote in overseas markets. Another WIPO report, released in December, includes millions of applications for IP protection that are never filed overseas.