Iraq seeks exemption from US sanctions on Iran, PM says 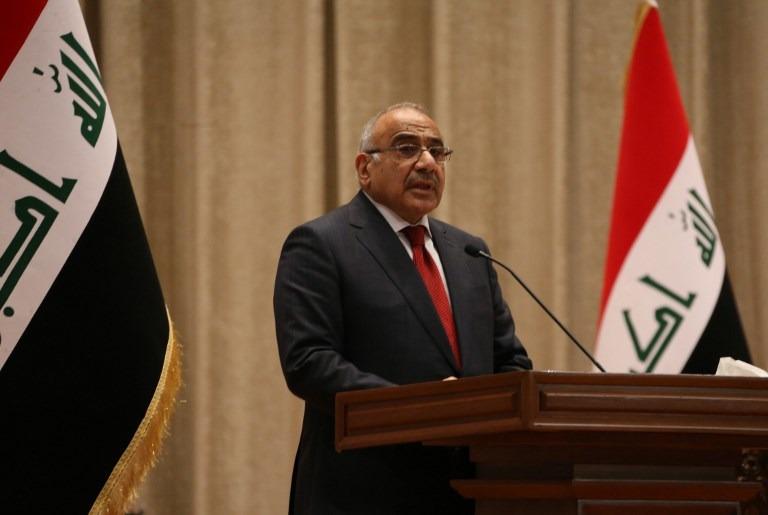 In this Oct 24, 2018 photo, Iraq's Prime Minister Adel Abdul Mahdi addresses the parliament during the vote on the new government. (PHOTO / STR / AFP)

BAGHDAD - Iraq will send a delegation to the United States seeking an exemption from sanctions against Iran that would allow it to keep importing Iranian gas, Prime Minister Adel Abdul Mahdi said on Tuesday.

Washington gave Iraq a 45-day waiver for imports of gas from Iran when it reimposed sanctions on Iran's oil sector on Nov 5. Iraqi officials have said they need around two years to find an alternative source

Washington gave Iraq a 45-day waiver for imports of gas from Iran when it reimposed sanctions on Iran's oil sector on Nov 5. Iraqi officials have said they need around two years to find an alternative source.

"The American side is cooperating with Iraq to find solutions that would remove pressure on Iraq because the (Iranian) gas is linked to a very sensitive issue which is electricity," Abdul Mahdi told a news conference.

Washington is seeking to roll back Iranian influence in the Middle East, including in Iraq, where Iran holds broad sway over politics and trade.

"Sanctions were mentioned, they're a reality, they're there," Perry told reporters in Baghdad, after meeting Iraq's oil and electricity ministers.

Abdul Mahdi's office said Perry was in Baghdad with a delegation of over 50 business people.

Perry spoke at a conference organised by the US Chamber of Commerce, which Oil Minister Thamer Ghadhban also attended, and said they had "talked about some very positive opportunities".

The Financial Times reported in October that the US government had intervened in favour of GE for a contract sought by both companies to supply 11 gigawatts of power generation equipment, reportedly worth around US$15 billion.