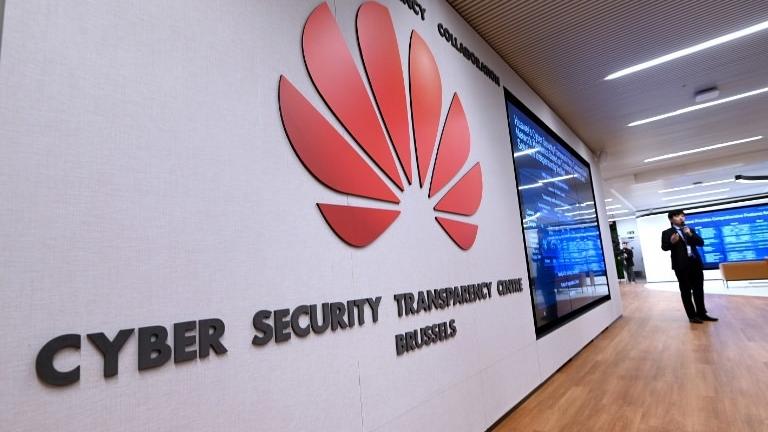 BRUSSELS — Chinese technology firm Huawei's chief representative to the European Union (EU) said on Tuesday that it welcomes the objective approach of the European Commission's recommendation on 5G security.

"Huawei welcomes the objective and proportionate approach of the European Commission's recommendation on 5G security. Huawei understands the cybersecurity concerns that European regulators have. Based on mutual understanding, Huawei looks forward to contributing to the European framework on cybersecurity," said a statement emailed to Xinhua.

"We are firmly committed to continuing working with all regulators and partners to make the 5G rollout in Europe a success," the statement reads.

The statement is attributed to Abraham Liu, chief representative of Huawei to the EU institutions, on the occasion of the publication of the European Commission's recommendation on security for 5G on Tuesday.

The European Commission announced a series of operational measures in its recommendation on Tuesday. At the national level, the European Commission said each member state should complete a national risk assessment of 5G network infrastructures by the end of June 2019, after which they should update existing security requirements for network providers and include conditions for ensuring the security of public networks.

At the European Union level, the recommendation said member states should exchange information and complete a coordinated risk assessment by Oct 1 2019. On that basis, member states would agree on a set of mitigating measures that can be used at national level.

The recommendation said member states have the right to exclude companies from their markets for national security reasons, and possible risks in relation to third-country should be assessed, but did not single out any particular company or country of origin.

Huawei, headquartered in Shenzhen, southern China, is a global leader in information and communication technology. One of Huawei's major businesses is to sell equipment, software and services to telecom operators which provide Internet, broadband, wireless, plus fixed and mobile phone services

Huawei's partners in Europe include big-name telecom operators such as Deutsche Telekom, British Telecom, Vodafone, Orange, Proximus and others.

The Chinese company has more than 12,000 employees in Europe, over 70 percent of whom are hired locally, according to Huawei. In 2018, the company procured goods and services worth 6.3 billion US dollars from Europe.

Huawei has been a target of the US, which, despite offering no evidence to support its claims, said the Chinese company could be a security threat to Europe.

The US campaign to ban Huawei has been met with suspicion and resistance here in Europe, with heads of businesses saying banning Huawei could put back 5G rollout in Europe.

Banning Huawei in Europe would be both "expensive" and "hugely disruptive," putting back 5G's arrival in Europe for "two years," the Chief Executive of Vodafone Nick Read said in February.

The European Commission recognized the importance of 5G on Tuesday, saying in the recommendation that "Fifth generation (5G) networks will form the future backbone of our societies and economies, connecting billions of objects and systems, including in critical sectors such as energy, transport, banking, and health, as well as industrial control systems carrying sensitive information and supporting safety systems."

"5G is also a key asset for Europe to compete in the global market. Worldwide 5G revenues should reach the equivalent of 225 billion euros in 2025. Benefits of 5G introduction across four key industrial sectors, namely automotive, health, transport and energy, may reach 114 billion euros per year," said the recommendation.

The European Commission has a 5G Action Plan that sets the target dates of 2020 for commercial launch of 5G in all member states and 2025 for comprehensive roll-out in cities and along major transport paths.