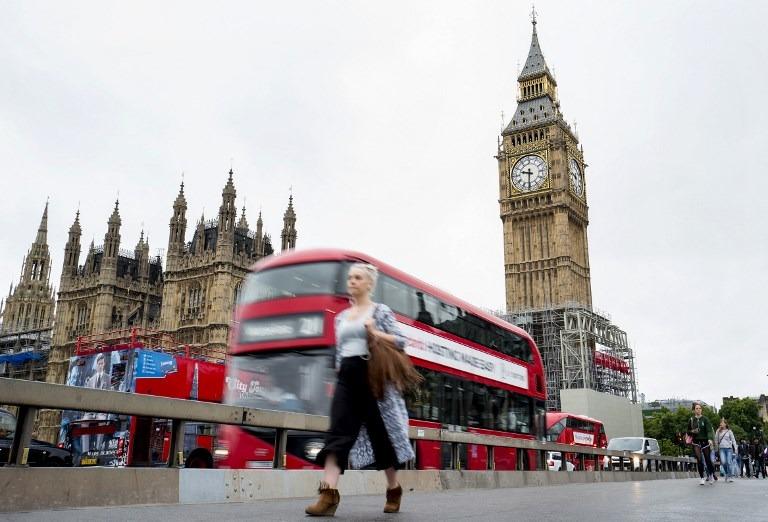 The face of the Great Clock of the Elizabeth Tower, commonly referred to as Big Ben, is pictured at the Houses of Parliament in London, on Aug 17, 2017. (TOLGA Akmen / AFP)

BEIJING - Britain is committed to help realize the potential of Belt and Road Initiative, British finance minister Philip Hammond said on Friday, describing the policy as a "vision".

"The Belt and Road Initiative has tremendous potential to spread prosperity and sustainable development, touching as it does, potentially 70 percent of the world's population, a project of truly epic ambition," Hammond said at the Second Belt and Road Forum for International Cooperation in Beijing.

"The UK is committed to helping to realize the potential of the BRI and to doing so in way that works for all whose lives are touched by the project."

Hammond added: "Our offer is to bring together the best of Chinese manufacturing, engineering and construction, with the best of British project design and legal, technical and financial services expertise, as we promise the golden era of UK-China relations to deliver world class sustainable infrastructure for the 21st century."

Hammond also said that Britain and China will hold the next round of their Economic and Financial Dialogue (EFD) in London in mid-June.

In the past, the EFD has been used to announce closer cooperation on trade and banking initiatives, and to sign commercial contracts.