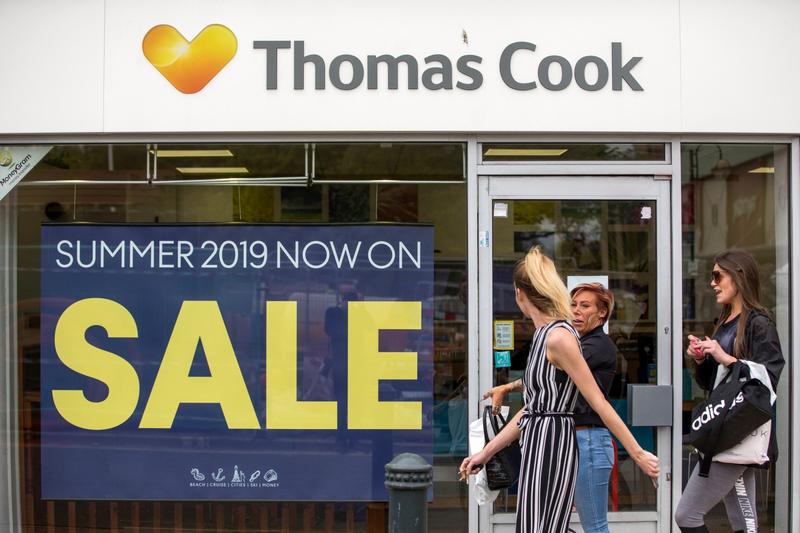 Hong Kong-listed Fosun, already Thomas Cook’s biggest shareholder with a stake of about 18%, has submitted a preliminary approach and talks are underway, the UK company said in a statement on Monday. Sky News reported on June 8 that negotiations were being held.

Shares of Thomas Cook, the world’s oldest travel agency, rose 21% to 19.54 pence as of 8:38 am in London, while its bonds posted their biggest gain on record. Fosun’s tourism arm is a division of billionaire Guo Guangchang’s drugs-to-insurance conglomerate, which owns the luxury resort brand Club Med. The Chinese company jumped 3.8% in Hong Kong on Monday, the biggest gain since March 29.

Thomas Cook has been grappling with dwindling bookings and uncertainty related to the UK’s departure from the European Union. Selling at least part of the operation is crucial to the company’s survival because a new 300 million-pound (US$382 million) loan announced last month is conditional on making progress with a disposal.

An acquisition of the world’s oldest travel agency would help the Chinese conglomerate gain control of a business that serves 11 million customers and reported 7.4 billion pounds (US$9.4 billion) in revenue last year. It would also give Fosun a say in the future of Thomas Cook, whose shares and bonds have tumbled amid concerns over the company’s ability to return to profit and avoid being crushed under a pile of debt. 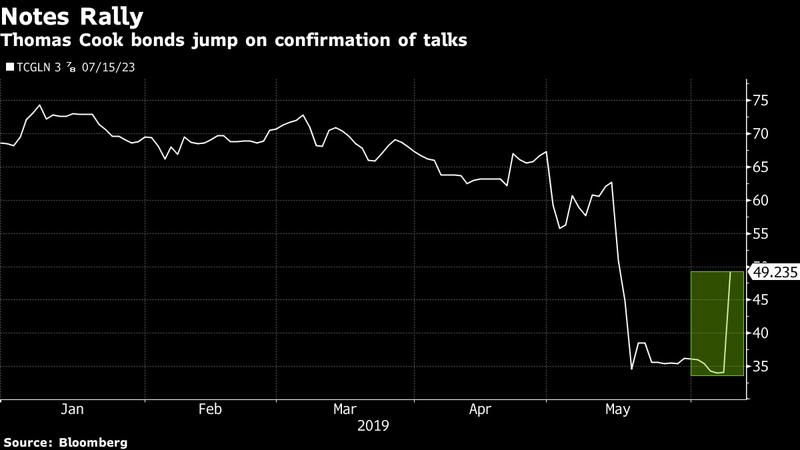 Thomas Cook said there’s no certainty of a formal offer from Fosun. The board will consider any proposal alongside “the other strategic options” that the company has. Heading into the peak summer period, the British travel agency needs to maintain consumer confidence to avoid any further weakness in bookings and hotel partners tightening their payment terms, Citigroup said in a recent report.

A deal, if completed, could also benefit from booming travel demand out of China. Chinese mainland travelers completed 150 million visits overseas last year, almost 15% more than in 2017, according to the Ministry of Culture and Tourism. In 2016, Thomas Cook and Fosun set up a travel agency partnership to cater to the wealthiest 20% of tourists.

Fosun Tourism Group is following recent developments at Thomas Cook and maintaining “normal communication” with its board of directors, it said in an emailed statement, adding that there’s currently no further information to disclose.

Fosun Tourism Chairman and CEO Qian Jiannong said in a May 28 interview that acquisitions as well as organic growth would be part of the company’s business model. Fosun is well placed to take advantage of the European and Asian markets, he said.

“We do believe we have synergies with this company because the European market is still the largest in the leisure holiday business,” he said of Thomas Cook last month. “If you combine the market of these two continents together, it will make a very, very interesting business."