China says to quickly implement trade deals with US 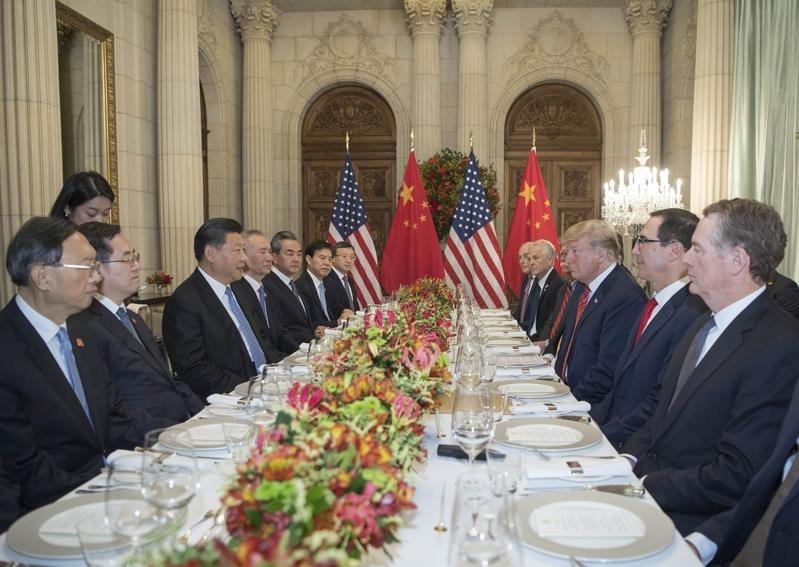 Chinese President Xi Jinping, third from left, holds a meeting with his US counterpart, Donald Trump, thrid from right, after a Group of 20 (G20) summit, in Buenos Aires, Argentina, Dec 1, 2018. (LI XUEREN / XINHUA)

BEIJING – The latest meeting between leaders of China and the United States on economic and trade issues was "very successful", China’s Ministry of Commerce (MOC) said Wednesday.

"We are confident about the implementation [of the consensuses from the meeting]," said an MOC spokesperson.

"In 90 days, economic and trade teams of both sides will actively push forward the consultation following clear schedule and roadmap," the spokesperson said.

China will start with implementing the specific aspects of the newly-reached consensuses as soon as possible, according to the spokesperson.

After the completion of the Group of 20 (G20) meeting in Argentine capital of Buenos Aires, Chinese President Xi Jinping and his US counterpart, Donald Trump, held talks Saturday where they agreed not to impose new additional tariffs, take measures to ease bilateral trade tensions and keep up close contacts.

The two leaders also instructed the economic teams of the two sides to step up negotiations toward the removal of all additional tariffs and reach a concrete agreement that would lead to win-win results.

It was the first face-to-face meeting between the two leaders since Trump's China visit in November last year.