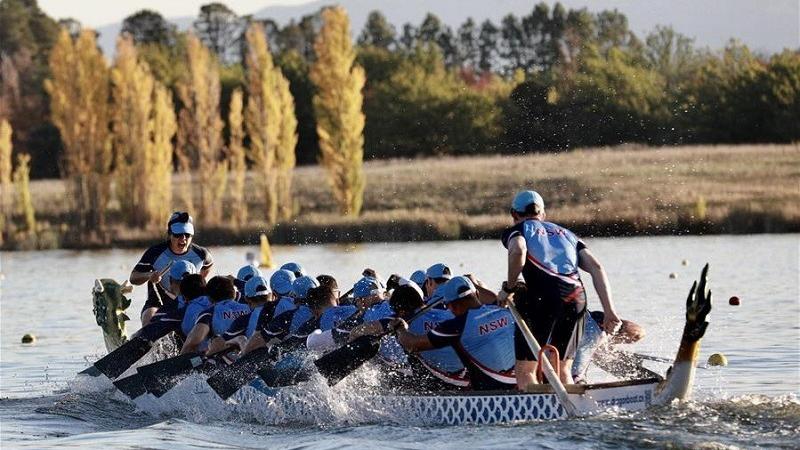 CANBERRA - Dragon boat racing, which originated in China, is becoming increasingly popular in Australia, according to the organizers and participants at the 22nd annual Australian Dragon Boat Championships (AusChamps), which wrapped up in Canberra on Monday.

The five-day event attracted close to 3,000 competitors from around the country.

"It has become a very big event," said Kristin Priest, chair of the Australian Dragon Boat Federation. "We have gone from having just one day all the way up to five days. Now we have the debate for it to become six days."

It has become a very big event. We have gone from having just one day all the way up to five days. Now we have the debate for it to become six days

There are currently close to 200 clubs consisting of nearly 7,500 members nationally throughout Australia. Canberra, home to the first AusChamps in 1998, is hosting the event for the third time.

Priest noted that the charm of the sport is that it is a community event. "You have all age categories from people of 12 all the way through up to 85," she told Xinhua in an interview. "And you have different genders...People love it because there is a great amount of teamwork that's involved. So you are always with people who are working toward the same goal."

The sport is also quite good exercise. Priest noted that "it is a full body sport. You don't just use your arms; you use your whole body."

Allison Barrett, 57, is a drummer for her team, the Sydney-based Different Strokes. The team has won a gold medal in the Women's A Senior class for five consecutive years.

"Our eldest member is 73 and we have members in their twenties," she said. "It is a sport that goes for all ages, and it's good and healthy."

Barrett first took part in dragon boat racing about six years ago in Singapore, when she was a police officer. They were invited to compete in a demonstration event.

"I thought: I will give that a go, and I have loved it ever since. It is very addictive," she said.

"When I joined my club we were very small, but now we have over 100 members," she pointed out.

"Australia itself has outdoor culture," she added. "We love sun and we love water. And this sport fulfills all these things for us." 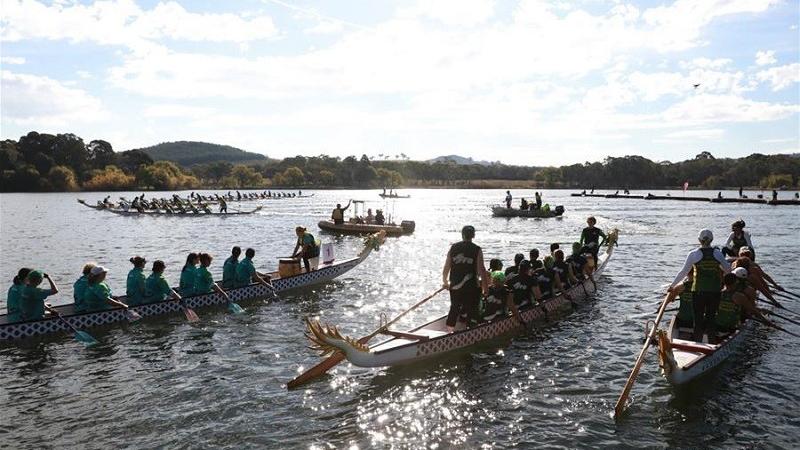 In many teams there were Chinese faces, like 23-year-old Chu Zijing in the Yarra River Dragons club from Melbourne.

Chu's parents were both Chinese, and he grew up in Hong Kong, where there is a strong dragon boat racing culture.

"Gradually it has taken root among younger people as well," he said. He is now a member of Australian national team.

"What attracts me is that 20 people are in the same boat, and teamwork is quite important," he said.

"In our team most people are Australian," he said. "Dragon boat serves as a bridge for me to better communicate with them," he added.

Priest, for her part, agrees.

"It does have a cultural reference to the Asian community and it helps us understand better that we are all friends on this planet," she said. 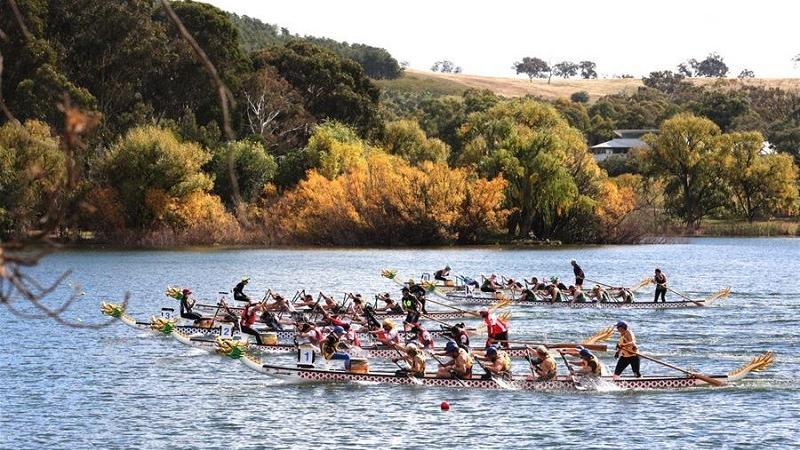