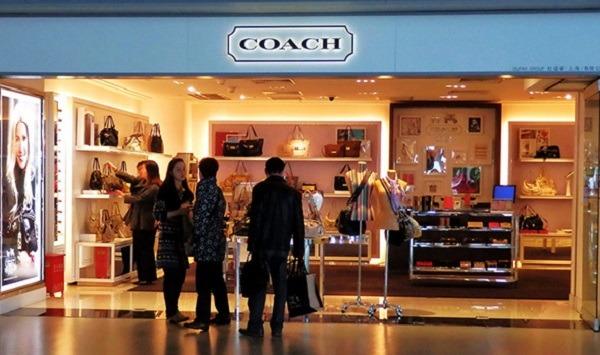 SHANGHAI/HONG KONG - Guo Jiaxi is typical of a new generation in China that is driving a sharp revival in luxury spending: young, female and unafraid to spend.

An accountant in eastern Suzhou, Guo, 24, likes Coach and Louis Vuitton, and has bought Acne Studios scarves, a Daniel Wellington watch and a Mont Blanc belt as gifts. Of an annual salary of 50,000 yuan (US$7,898), she spends one-fifth on luxury items.

"Luxury is not a total necessity for me, I suppose, but whenever I've got enough money to spare, then I'll buy," she said.

Guo and her peer group are behind a dramatic spike in luxury spending in China last year, according to consultancy Bain & Co.

They are the key demographic for luxury brands from LVMH to Gucci owner Kering and France's Hermes in tapping the world's top luxury consumers.

Their willingness to spend - often more than they can afford- comes with a note of caution. These consumers are typically less loyal to traditional brands, swayed by shifting trends online and increasingly looking for deals.

"Some of these youngsters, even when they don't really have enough funds, they're still going out and buying luxury products," said Huang Yue, 27, who runs the fashion section at the website "Loving Luxury."

Yue added that the shift to millennials, those aged roughly 20-34, had been dramatic. It spurred the rise of new areas such as luxury "street wear" and sporting attire, which Bain said were behind the recent fast growth.

"In terms of the impact on the market, it's really given ita shot in the arm," Yue said.

Driven by general optimism, attracted by the ease of online shopping and helped along the way by parents who benefited from the country's fast growth and rising home prices, Chinese millennials are buoying the luxury market at home and abroad.

Millennial shoppers pushed the Chinese market up to 142billion yuan (US$22.07 billion) in sales last year, about 20percent higher than the year before. It is by far the steepest jump in over half a decade of sluggish growth, according to Bain.

Luxury goods purchased in China make up 8 percent of the global total, while Chinese shoppers - who make three-quarters of their luxury purchases overseas - drive 32 percent of sales worldwide. 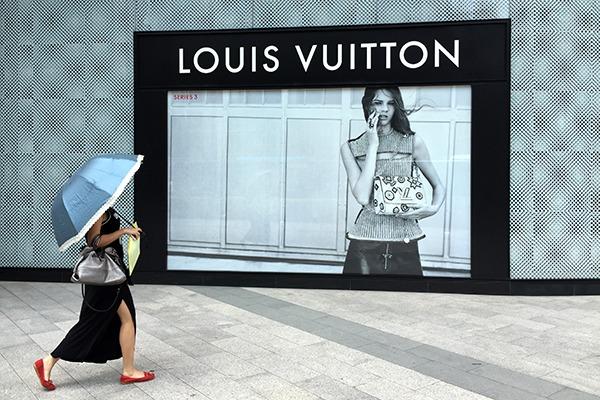 "China has had a good comeback," he told reporters last week. The company has seen a slow recovery in China since a weak start to 2016.

Gucci and cognac maker Remy Cointreau are among other well-known companies citing stronger growth in the market.

Analysts and industry insiders, however, said shoppers were widening the range of brands they looked at, a challenge for some more traditional players.

Tapestry Inc's Coach and British fashion house Burberry both reported weaker ends to last year. Prada - which had seen sales slump in China - has been building partnerships with influential internet personalities and launched an online shop in December.

Online retailers like Alibaba Group Holding Ltd andJD.com have launched their own luxury platforms and lured in brands such as Yves Saint Laurent, Stella McCartney and Alexander McQueen.

Even as consumers spend more, they are becoming thriftier.

Zhang Xia, 24, an investment professional in the southern metropolis of Chongqing, has bought Dior bags, Louis Vuitton, Bulgari jewellery, and once paid 150,000 yuan (US$23,695) for a Piaget watch. She's now less easily won over.

"Increasingly what I'm after now is original patterns and designs," she said, adding that, like Guo, she sometimes gets help paying for her purchases. "It's more about the quality and feel of the product, so if I can find that I won't necessarily choose a luxury brand."

The shift has meant the rise of areas not previously seen as being in the same space as traditional luxury, including casual wear, "street wear" and even premium sports clothing.

"Because people know that they can sell things on secondhand, they're not so strict with their luxury budgets," said Deng Yun, 33, the chief operating officer of used luxury goods trading platform www.luxusj.com.

He said the most popular brands on the site were handbags from Louis Vuitton, Chanel, Gucci and Fendi. Chloe, owned by luxury house Richemont, is popular with younger shoppers, while Hermes still has good cachet, he added.

Winning over the parents of young shoppers like Guo could be helpful too - they are often a source of funds for a generation increasingly inclined to borrow or use credit.

"Of course my salary is pretty low, so mum and dad do help me out a little," Guo said.