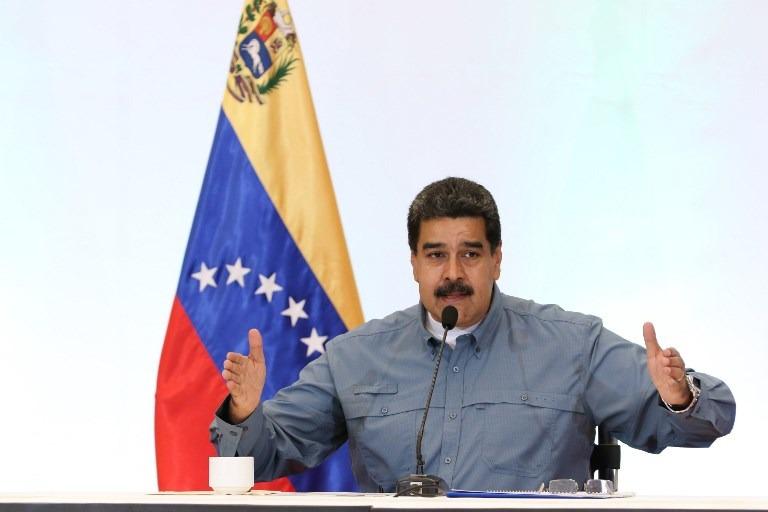 This handout picture released by the Venezuelan presidency shows President Nicolas Maduro speaking during a meeting with members of the ruling United Socialist Party of Venezuela (PSUV) in Caracas on June 4, 2018. (PHOTO / HO / VENEZUELAN PRESIDENCY / AFP)

CARACAS — Venezuelan Socialist President Nicolas Maduro on Thursday accused the Trump administration of seeking to assassinate him, as relations strain between the ideologically opposed nations.

The US has imposed sanctions on Venezuela, denouncing Nicolas Maduro as a dictator who has quashed human rights and triggered an economic meltdown

Asked about the remarks, the White House did not immediately provide a comment.

Venezuela's opposition says Maduro lobs ludicrous accusations at enemies to deflect from his own incompetence.

Almost 2 million Venezuelans have fled the ailing oil-rich nation since 2015, driven out by brutal food and medicine shortages, hyperinflation, and violent crime. Washington has imposed sanctions on Venezuela, denouncing Maduro as a dictator who has quashed human rights and triggered an economic meltdown.

On Wednesday, the White House accused Maduro's government of involvement in the death of a jailed Venezuelan politician whom authorities say killed himself but whom opposition parties say was murdered.

In a televised broadcast on Thursday night, Maduro, a former bus driver and union leader, said the United States had asked the government in neighboring Colombia to kill him.

"They have given the order from the White House that Maduro be killed," said Maduro, flanked by workers. He vowed that "they will not even touch a single hair of mine."

Maduro did not give an explanation for his accusations and did not provide any evidence. Venezuela's Information Ministry did not respond to a request for further information.

Maduro contends that he is the victim of an "economic war" led by US-backed adversaries. He denies limiting political freedoms, insisting that Washington-supported opposition leaders have plotted assassination attempts and sought to overthrow him through violent street protests.