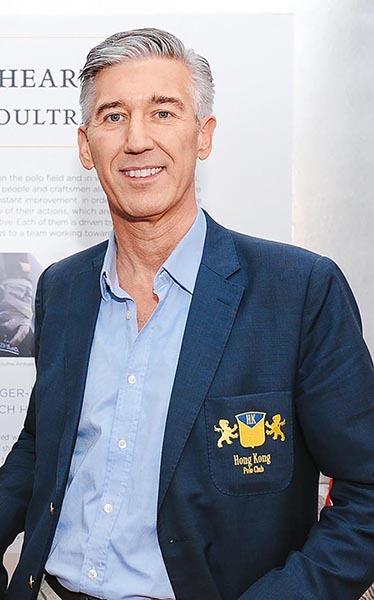 When you initially considered setting up a Hong Kong polo club, did you envisage it would take as long as it has?

The Hong Kong Polo Team was founded out of our pure enthusiasm for the sport, towards the end of 2013, by Asia World Polo; we played our first friendly in November that same year in Thailand. At the time, we realised that because of the lack of polo facilities in Hong Kong, it was the only major city in the world without a polo club or polo team. I knew from the outset that this was going to be a long process, as I had heard stories of others who had tried and failed. It’s also a case of having to start from the ground up and win the hearts and minds, find the land, gain the support of the equestrian community and secure the funding. In our mission, #bringingpolobacktohongkong, the magic ingredients are belief, resilience and patience.

Tell us about the soon-to-open facility in Sai Kung. What can we expect?

If we can find the funding or secure investors, the plan is to build an equestrian centre that not only caters to polo enthusiasts, but also to the wider community to genuinely make polo and riding available to all. There are already large numbers of people on waiting lists to join riding schools in Hong Kong, so I guess there will be a little demand.

How many horses would you keep there, and can you give us a sense of the facilities or setup?

We plan to accommodate around 100 horses, a polo arena, stables, a riding school, and facilities for the Riding for the Disabled Association and other worthy charitable organisations that could benefit, such as disadvantaged children’s societies. We also plan to introduce a programme to retrain and rehome retired racehorses.

For beginners, what will a lesson or clinic entail and cost?

The great thing is these days you don’t need a string of polo ponies and an introduction from an elite member club to get started. If you can afford to rent a horse for an hour twice a month, or preferably once a week, you can not only learn to play polo, but also to ride and be involved in a wonderfully engaging and supportive community. We can help with directing you to polo clubs and clinics that train you. The average cost is HK$800 to HK$1,200 per hour. If you compare that to golf or sailing, it’s very achievable. Andy Leung – a member of our polo team – has started a beginners’ polo team with periodic training camps in Tianjin, and is recruiting new novice players and riders regularly from the local community. We also have the Hong Kong Polo Academy, based in Beijing, which can provide polo clinics, group lessons and introduction weekends.

Your aim is to make polo accessible for all. For someone with a modicum of sporting ability who has never played polo or ridden horses before, but has interest, how long do you imagine it takes them to learn?

It’s fair to say that I had a modicum of sporting ability – I liked badminton, tennis, cycling, skiing and scuba-diving, but it’s also fair to say I wasn’t particularly good at any of those disciplines. And that’s my point; you don’t have to be good at a particular sport to enjoy it. We’re not all destined to be Olympic athletes, but polo and horse riding will certainly get you in good shape. I didn’t start taking riding and polo lessons until I was 40 and I played my first tournament before I was 41. Six months to a year is a good estimate if you train once or twice a week. 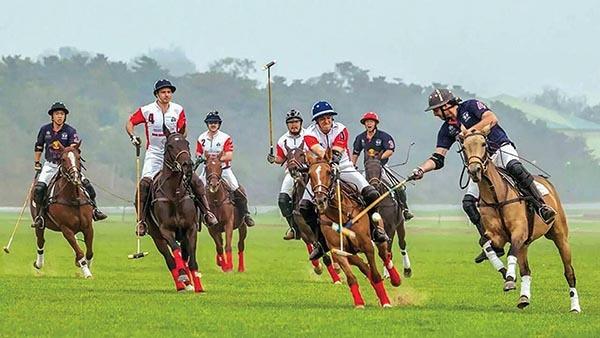 What’s the standard size of a polo pitch?

A full-size competition polo field is around 140 by 300 metres, but we are planning for arena polo, which is about the size of a football pitch – around 100 by 50 metres.

Where does the Hong Kong Polo Team’s circuit take them?

So far, we have played in Beijing, Tianjin, Thailand, Korea, Singapore, England, Kuala Lumpur and Manila. We have also been invited to compete in polo tournaments all around the world. We’ve fought our way to and played in eight tournament finals. Astonishingly, with nowhere to practice and no polo ponies in Hong Kong, I’m very proud to say that we’ve won five of those finals, including the highly regarded and coveted Singapore Polo Open title in 2016.

We have notable luminaries in the city like Raphael le Masne de Chermont, Aron Harilela and Kwan Lo, who have played polo for so long, but is there a leading or emerging female polo player in the city – an equivalent of the golf world’s Tiffany Chan?

The wonderful thing about polo, as I said earlier, is that it’s an inclusive sport. Men and women can play at the same level – and even on the same team. On our team, Lynly Fong was voted Asia’s Best Female Player in 2016. We also have some new local, rising female stars coming up the ranks. For example, Jessie Chang was awarded Most Valuable Player at Polo After Dark in Hong Kong in November for her efforts in the Hong Kong Beginner’s Polo Cup in Tianjin. As a reward, she will be given an opportunity to play on the main team sometime this season as a wild-card try-out.

How dangerous is polo relative to showjumping or horse racing?

Polo is no more of a risk than other similar fast sports – probably less dangerous, statistically, than skiing, for example. If you fall off a horse while showjumping, racing or playing polo, the bruises are about the same.