Russia says 'to respond harshly' to US expulsion of diplomats 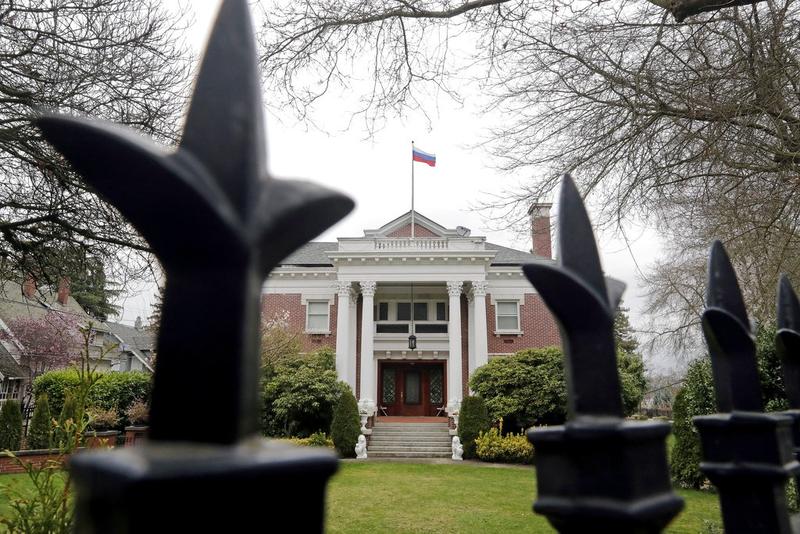 MOSCOW/NEW YORK/LONDON/WASHINGTON/SYDNEY – Russian Deputy Foreign Minister Sergei Ryabkov said on Tuesday that Moscow would respond harshly to a US decision to expel 60 Russian diplomats, but was still open to strategic stability talks with Washington, the RIA news agency reported.

Ryabkov's comments came as NATO decided to withdraw the accreditation of seven staff at the Russian Mission to NATO in response to the row over the poisoning of Russian ex-spy Sergei Skripal and his daughter in Britain on March 4.

NATO Secretary General Jens Stoltenberg said in a statement that the intensive consultations have taken place among NATO allies following the "attack in Salisbury" against Skripal and his daughter with the nerve agent novichok.

"Those consultations have resulted so far in the expulsion of over 140 Russian officials by over 25 NATO Allies and partners," he said, adding that, "This is a broad, strong and coordinated international response. And as part of that response, NATO is unified in taking further steps."

Reacting to the US move, Russian Ambassador to the United Nations (UN) Vassily Nebenzia earlier on Monday said the US decision to expel Russian diplomats is a "very unfortunate and very unfriendly move.”

The 60 Russian diplomats that the United States said on Monday it was going to expel include 12 members of Nebenzia's delegation to the UN.

It was the strongest action that US President Donald Trump had taken against Russia since coming to office, joining governments across Europe in punishing the Kremlin for a nerve agent attack on a former Russian spy in Britain that they have blamed on Moscow.

Moscow has denied being behind the attack on Sergei Skripal and his daughter in the southern English city of Salisbury. Skripal, 66, and Yulia Skripal, 33, were found unconscious on a public bench in a shopping center on March 4 and remain critically ill in hospital.

"It is very unfortunate and very unfriendly move. We were informed that 12 diplomats from the Russian mission to the UN are expelled from here and they have to leave by April 2," Nebenzia told reporters before a luncheon of the Security Council with UN Secretary-General Antonio Guterres Monday.

Both Nebenzia and US ambassador Nikki Haley were present.

Nebenzia said the 12 diplomats are leaving the United States.

He refused to name the diplomats. "We don't name those diplomats. We safeguard their privacy," he said.

Saying that Moscow will respond appropriately to the US expulsion of Russian diplomats and closure of the Russian consulate in Seattle, Russia’s foreign ministry said that not a single country has provided any evidence that Russia was behind the poisoning of the former Russian spy and his daughter, RIA reported.

Earlier on Monday, Haley said her country has begun the process of "expelling 12 intelligence operatives from the Russian Mission to the United Nations who have abused their privilege of residence in the United States."

"After a review, we have determined that the 12 intelligence operatives engaged in espionage activities that are adverse to our national security. Our actions are consistent with the United Nations Headquarters Agreement," said Haley in a press statement.

Trump also ordered the closure of the Russian consulate in Seattle because of its proximity to a US submarine base and planemaker and defense contractor Boeing Co, a senior US official said. Seattle was a hub of Russian cyber espionage, both political and commercial, according to two US intelligence officials.

The administration officials said "well over 100 intelligence officers" operated in the United States, and Washington's action cuts 60 of them. 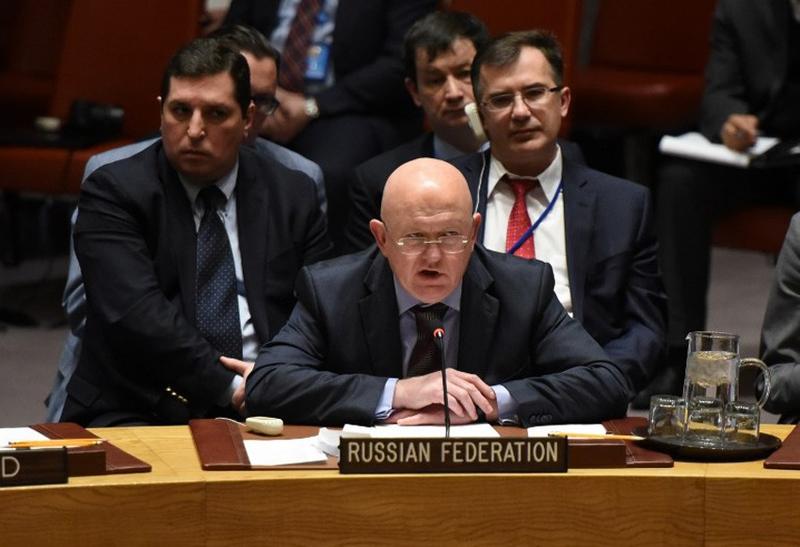 In this March 14, 2018 photo, Russian Ambassador to the United Nations Vassily Nebenzia speaks during a UN Security Council meeting in New York. Nebenzia on March 26, 2018 termed as "very unfortunate and very unfriendly move" a US decision to expel 60 Russian diplomats over attack on a former Russian spy in Britain. (TIMOTHY A CLARY / AFP)

Asked whether the US decision is in accordance with the UN-US agreement on the UN Headquarters in New York, Nebenzia said: "I don't think so."

Meanwhile, British Prime Minister Theresa May has welcomed the show of solidarity by the European countries and the US and said 18 countries including 14 European Union countries had announced plans to expel Russian officials. Australia said on Tuesday it will expel two Russian diplomats and hinted at a possible boycott of the 2018 World Cup in Russia.

"There are a whole range of further options of action that could be taken. The boycott of the World Cup is one of the further actions that could be taken in relation to this matter," Foreign Minister Julie Bishop told reporters in Canberra.

New Zealand said it had no such agents operating on its shores but would expel them if it did.

British Foreign Secretary Boris Johnson said on Twitter Monday's "extraordinary international response by our allies stands in history as the largest collective expulsion of Russian intelligence officers ever and will help defend our shared security".

May said the coordinated measures sent the "strongest signal to Russia that it cannot continue to flout international law".

Britain had evidence Russia has investigated ways of distributing nerve agents for assassinations, May told parliament.

Earlier, Russia's Foreign Ministry called the expulsions a "provocative gesture". A Kremlin spokesman said the West was making a "mistake" and that President Vladimir Putin would make a final decision about Russia's response.