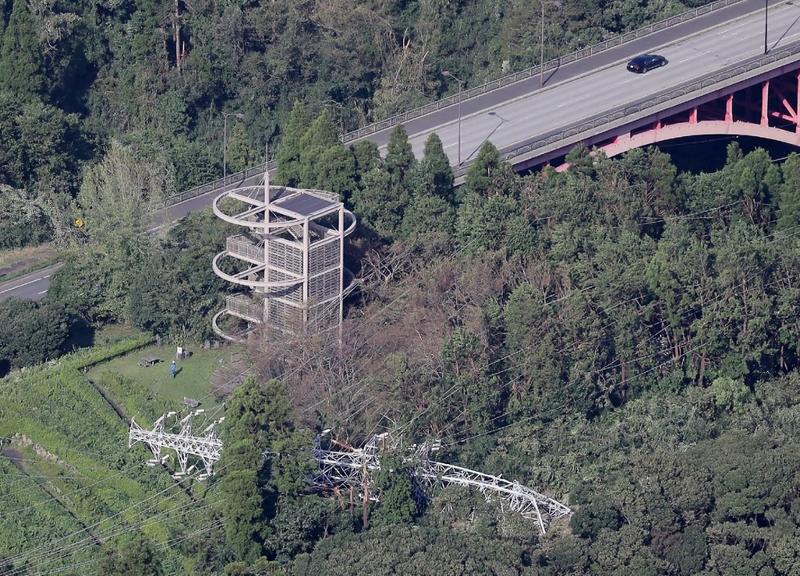 This aerial view shows a fallen utility pole brought down by winds from Typhoon Faxai in Kimitsu, Chiba prefecture on Sept 9, 2019. (PHOTO / AFP)

TOKYO — Japanese utility Tokyo Electric Power said on Wednesday it has not been able to restore electricity to about 400,000 homes after outages caused by Typhoon Faxai, while media said at least two people had died because they had no power.

Typhoon Faxai hit the capital and surrounding regions with destructive winds of up to 216 kph in the early hours of Monday, causing at least one death, damage, transport chaos and power outages.

National broadcaster NHK said two people in the prefecture of Chiba east of Tokyo died from heatstroke, due to a lack of power for air-conditioning, as temperatures rose sharply after the typhoon.

Tokyo Electric, Japan's biggest power provider, usually referred to as Tepco, said plans to restore power to all homes by Wednesday had been delayed because repairs were taking longer than expected and work had been held up by thunderstorms.

"We are making every effort to restore power as quickly as possible, but at the current time it is unlikely that we will be able to restore power to all of these regions before the end of the day," the company said in a statement.