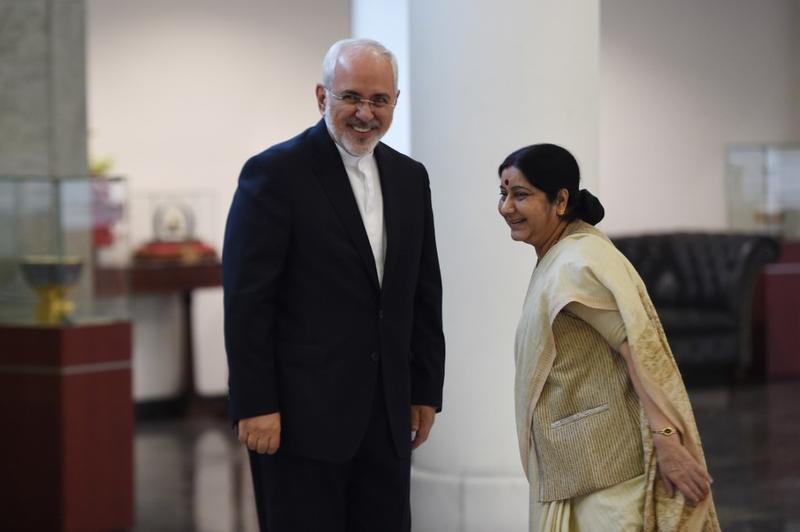 In this May 28, 2018 photo, Indian Foreign Minister Sushma Swaraj (right) stands next to her Iranian counterpart Mohammad Javad Zarif before a meeting in New Delhi. (MONEY SHARMA / AFP)

This is Zarif's second visit to India in 2019. Earlier, he visited from Jan 7-9 and met the Indian leadership.

The two ministers' meeting on Tuesday assumes significance in the wake of the ongoing spat between Iran and the United States, with the latter imposing sanctions on Iranian oil exports.

A couple of weeks ago, US President Donald Trump announced that Washington will no longer grant sanctions exemption to Iran's oil customers.

The end of the waiver means India cannot import oil from Iran, or else its state-owned or private entities will face US sanctions.

During his interaction with Sushma Swaraj, Zarif is expected to "explain" Iran's stand on the Joint Comprehensive Plan of Action, popularly known as "The Iran Nuclear Deal" which is an agreement on Iran's nuclear program reached in July 2015 by Iran, the P5+1 (the five permanent members of the UN Security Council -- China, France, Russia, Britain and the United States -- plus Germany), and the European Union.