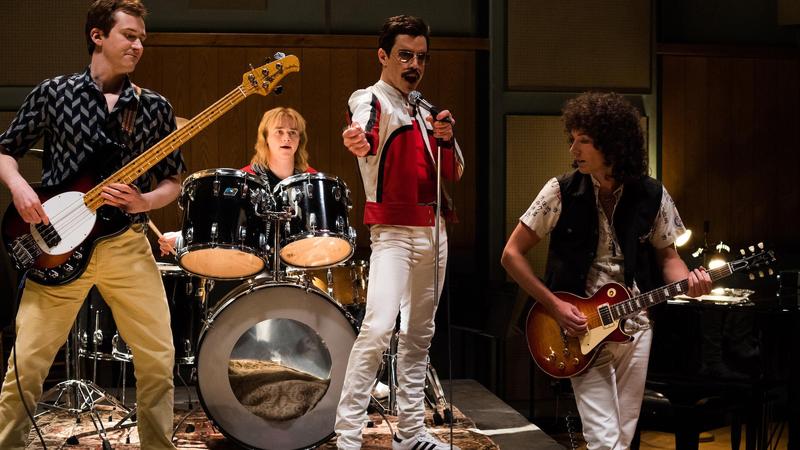 As of Friday, the film Bohemian Rhapsody, inspired by the life of the singer, had raked in around 63 million yuan (US$9.4 million) in China, the world's second-largest movie market.

The film has won four Oscars, earned US$890 million around the world and is the highest-grossing musical biopic of all time, according to the tracking site Box Office Mojo.

The film also marks a success for China's Arthouse Films Screening Alliance - a chain launched in 2016 to provide more space for highbrow titles and festival winners.

Sun Xianghui, alliance chief and director of the China Film Archive, says the film held 600 test screenings in 128 cities around China on March 16 and 17, making it the largest release of an arthouse film distributed by the alliance yet. On March 22, the film's official release was upped to 3,100 member theaters.

Starring American actor Rami Malek in an uncanny performance as Freddie Mercury, the film charts the extraordinary story of the singer and the band - from their roots as bright London college students to the dazzling heights of international stardom. The flamboyant singer, whose birth name was Farrokh Bulsara, was born in colonial Africa to Parsi parents from India.

Spanning 15 minutes toward the end of the film, one standout scene re-creates Queen's legendary 1985 performance at Live Aid, a concert watched by 1.9 billion people globally and raised funds for a famine in Ethiopia. Even for Chinese audiences, who have limited knowledge of the singer or the band, most say they were touched by the film's storyline.

On review aggregator Douban and box-office tracker Maoyan, both seen as barometers of popularity in Chinese entertainment, many moviegoers rated the film 8.7 and 9.5 points out of 10 respectively.

Aside from regular versions for theatrical release, a special karaoke version has been imported to China, allowing fans to sing along with the classic songs as the lyrics roll out at the bottom of the big screen. This is also the first time a film has been released in such a format in China.

"China has seen few feature films depicting the lives of musicians. The best thing brought out by Bohemian Rhapsody is that it prompts the ordinary audience members to learn more about rock music and the lives of the performers," says Hao Yun, an award-winning singer and composer, during a Beijing premiere on March 20.

His sentiment was echoed online.

A web user writes on Douban: "Even though I was born too late to get a chance to see their shows live, to rock with Mercury and his band fellows, the 1985 performance created again on the big screen still brought tears to my eyes."

Freddie Mercury died of pneumonia caused by AIDS in 1991, at the age of 45.