US warns nations not to allow Iranian oil tankers 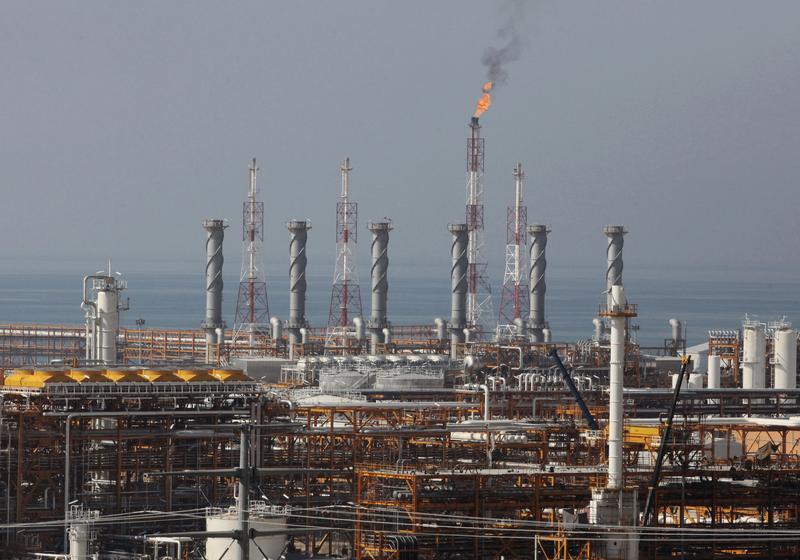 In this Jan 22, 2014, photo, a partially constructed gas refinery at the South Pars gas field is seen on the northern coast of Persian Gulf in Asalouyeh, Iran. (VAHID SALEMI / AP)

WASHINGTON — The United States is warning other countries not to allow Iranian oil tankers into their territorial waters or ports, saying such access may run afoul of US sanctions and not only incur penalties, but also result in catastrophic economic and environmental damage should an accident occur.

The US State Department reminded the global shipping and insurance industries Wednesday that as part of the Trump administration's "maximum pressure campaign" to get Iran to change its behavior, insuring Iranian tankers will now incur penalties under US sanctions reinstated this week.

Brian Hook, the special US representative for Iran, said that as major insurers withdraw coverage from Iranian vessels, Iran will likely turn to domestic insurance companies that will not be able to cover losses for maritime accidents that could run into the billions of dollars.

"From the Suez Canal to the Strait of Malacca and all choke points in between, Iranian tankers are now a floating liability," Hook told reporters. "Countries, ports and canal operators and private firms should know they will be likely responsible for the costs of an accident involving a self-insured Iranian tanker." The US "sincerely hopes" accidents do not occur, he said, but he noted that an Iranian tanker was involved in an accident in the East China Sea in January that resulted in the loss of the ship and a massive oil spill. He said the US has evidence that Iranian vessels are trying to evade US sanctions by disabling location transponders used to prevent collisions.

"This tactic is a maritime security threat," Hook said. "These transponders are designed to maximize visibility at sea and turning them off only increases risk of accidents and injuries. Self-insured Iranian tankers engaging in unsafe behavior, with many tons of crude oil on board, is courting environmental and financial disaster." The sanctions that came into force Monday target Iran's energy, financial and shipping sectors and mark the end of US participation in the 2015 nuclear deal that US President Donald Trump withdrew from in May.

The sanctions aim to further isolate Iran by choking off its main source of revenue — oil exports — by imposing sanctions on countries and companies that do not end their imports.

READ MORE: US says sanctions on Iran to snap back in August, November

However, some trade is still allowed, as the administration has granted waivers for eight major importers to continue buying Iranian petroleum products without penalty for another six months.