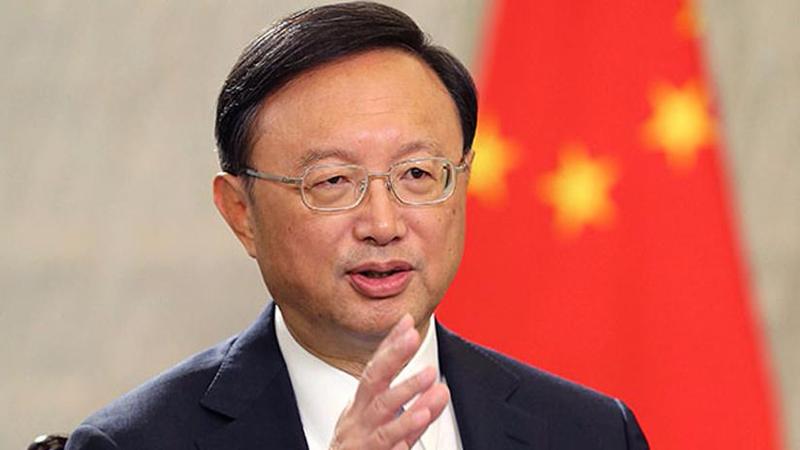 China will not tolerate any foreign interference that undermines prosperity and stability of Hong Kong, senior CPC official Yang Jiechi said on Thursday.

In an interview with Xinhua News Agency, he urged the United States and some other countries to abide by international law and basic norms governing global relations, sincerely honor their non-intervention promises on Hong Kong affairs, and immediately stop interfering with Hong Kong’s affairs - which are purely China’s domestic affairs.

Yang reiterated that the principle of “one country, two systems” is the best institutional arrangement for maintaining the longterm prosperity and stability in HKSAR

These countries have confused right and wrong, stirring up trouble during recent violent incidents over the nowsuspended extradition bill, said Yang.

They arranged for senior officials to meet leading anti-China figures and supported the illegal activities of violent protesters with the aim of undermining the prosperity and security of Hong Kong, he added.

Yang reiterated that the principle of “one country, two systems” is the best institutional arrangement for maintaining the longterm prosperity and stability in HKSAR.

Since Hong Kong’s return, the principles of “one country, two systems”, “Hong Kong people governing Hong Kong” and a high degree of autonomy have been effectively implemented, he said.

READ MORE: Tung: No compromise over acts of violence

Yang’s remarks followed a series of recent condemnations by different central government authorities. At a daily press conference on Tuesday, a spokesperson of the Ministry of Foreign Affairs denounced the US for meddling in Hong Kong affairs by showing support for violent protests.

The US must stop “playing with fire”, which will only get themselves burned, the spokesperson said.