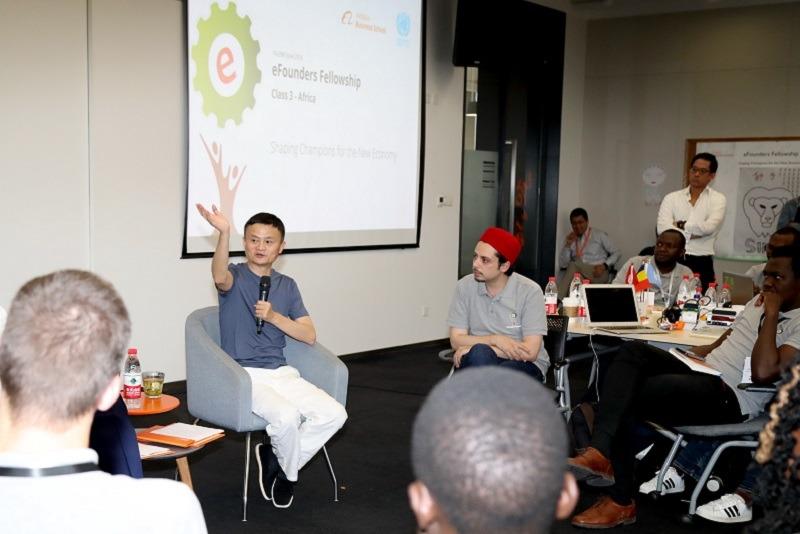 Jack Ma, founder of Alibaba Group Holding Ltd, built his business behemoth to help the masses. But when it comes to hiring, the company is increasingly eyeing an elite group - those with an international background.

With the company's stated goal of serving 2 billion customers within two decades, it comes as no surprise that Alibaba needs to beef up its foreign staff numbers.

It rolled out a global academy program two years ago, incubating the best and brightest minds from some of the world's top MBA courses. From this year onward, certain domestic-facing business units, including Rural Taobao, are looking to diversify their talent pools with either international staff or those who have worked and lived abroad.

"When we say Rural Taobao, we don't specifically refer to rural regions in China," said Wang Jianxun, the business unit's general manager. "In fact, a lot of discussions are ongoing across Southeast Asia regarding the best practices in the farming sector."

Wang oversees the segment launched by Alibaba back in 2014, which aims to increase trade between the country's remote regions and urban areas. Currently, about half of China's more than 1.3 billion residents live in the countryside.

Under the initiative, farmers peddle their produce through e-commerce platforms that exploit big data, artificial intelligence and virtual reality technologies. Alibaba said sales in rural regions involved in the program reached 29.2 billion yuan (US$4.23 billion) in 2016, with 33 million people lifting themselves out of poverty by becoming self-employed.

Since a year ago, Wang's team has been mulling the possibility of introducing this model to other developing nations. They conducted investigative trips to Israel and the Netherlands, where sustainable agricultural practices have yielded a greener way of life.

"That requires knowledge and specialties in supply chain management and agricultural practices. They also need to have a good understanding of cultural differences and local flavors," Wang said. "That's why we are looking to hire people with an international background and global vision."

Damisa Prompoj, a Thai trainee who was enrolled in Alibaba's inaugural global leadership academy, said she had her most memorable experiences working at Rural Taobao. She had the opportunity to travel to less affluent places, to help to find solutions for rural business owners and to talk about opportunities derived from e-commerce.

"Coming from a developing country, you normally see people confined within their villages and they don't know how to take advantage of global trade," Prompoj said. "Rural Taobao is a powerful first step."

Alibaba upholds globalization as a core strategy. After making high-profile inroads into the United States, Europe and Australia, the company has placed its chips on nurturing professionals. For example, it holds intensive training sessions for Asian and African entrepreneurs on e-commerce innovations.

"The internet wave started out from the consumer end and is penetrating step-by-step into retail and then manufacturing," said You Wuyang, head of the supply chain research center at Alibaba. 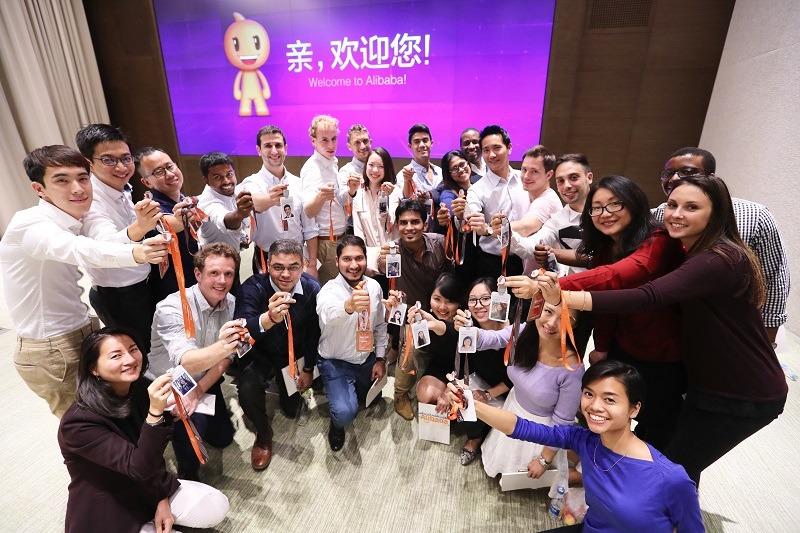 "That's why our business-to-business units are racing to digitalize and globalize their services, and that is also why there is a dire need for internationalized skilled workers for the traditionally domestic-facing businesses," he said.

The same logic is applied at Alibaba's LST, a unit designed to reinvent the tens of thousands of "mom-and-pop", family run shops in the country. Using data analytics could give these unchained stores real-time advice on product display and portfolio adjustment.

"Our goal is to digitalize all grocery stores by shortening their procurement cycle and doubling gross merchandise volume in a year," said Lin Xiaohai, general manager of LST.

According to Lin, disrupting traditional intuition-based commerce is something the Alibaba solution can share with the rest of the world, especially in regions where retailers such as street stands and kiosks have less financial flexibility and limited negotiating power.

The model has received a warm reception among foreign executives such as Andrew Kennedy, vice-president of customer development at Unilever China. The company is partnering with Alibaba on its data-driven distribution model.

"We are very excited about the LST business ... because it helps enhance transparency, professionalism and efficiency in the industry," he said.

"The culture here encourages moderate risk-taking by putting people in charge of projects to try out new things," said Lin. "You can literally transform your experiences at multinational corporations into real practice and fine-tune your ideas to fit the internet-based approach."

These were the words Alibaba CEO Daniel Zhang said to entice Lin to get involved.

"Today I would say pretty much the same thing to attract candidates who have solid professional backgrounds in leading multinational corporations," he said. "Because while we are currently operating within China, the potential is beyond imagination."

"China is fast-rising in terms of e-commerce development compared with a relative ebb in the United States," Wang said. "They (Chinese companies) are expanding fast with innovative and large-scale projects that can impact the industry and capture people's interest."

In addition to domestic companies' payroll benefits, their brand awareness in global markets and explosive growth are attracting experienced candidates, according to Wang.

"Appearing frequently on news headlines, the likes of Alibaba and Tencent have become truly global names, making it easy for them to attract talents," Wang said.