Qianhai a field-test for financial innovation

By Cheng Yu in Shenzhen 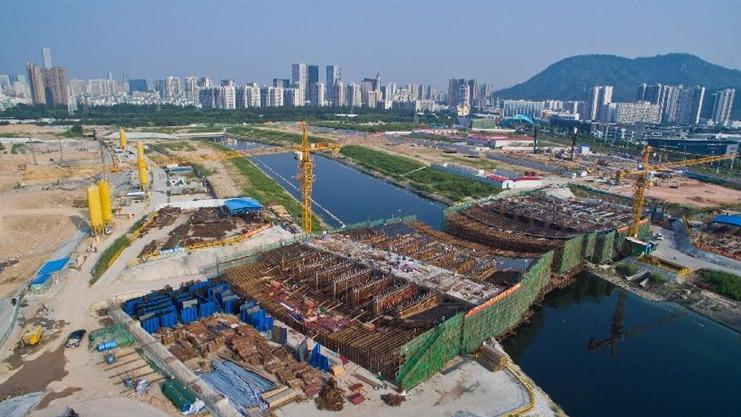 Innovation is making Qianhai's financial services more inclusive and accessible, as both the authorities and companies are revamping the traditional financial user experience with cutting-edge technologies.

Located in Shenzhen, Guangdong province, Qianhai is a pilot free trade area and a pioneer in driving the development of the Guangdong-Hong Kong-Macao Greater Bay Area. It is also the country's biggest center for financial innovation, and has made financial services its pillar industry. Over 59,000 financial firms had been set up in the zone by the end of April this year.

"Financial innovation is a top priority for Qianhai," said Du Peng, director of the Authority of Qianhai. "We will accelerate efforts promoting the further opening-up of the financial sector and encourage greater innovation to form a well-rounded financial ecosystem."

Over the past few years, the local government has introduced a range of policies to foster financial innovation

Over the past few years, the local government has introduced a range of policies to foster financial innovation. The government invested a total of 200 million yuan (US$31 million) per year to reward high-achieving related programs.

A group of e-finance firms have been established in the zone, including Merchants Union Consumer Finance Co Ltd, an internet fintech company co-founded by China Merchants Bank and China United Telecommunications Co Ltd.

Its internet financial products, including Haoqidai, Xinyongfu and Linglinghua, provide customers an average of 6,000 yuan in personal loans without requiring any collateral or guarantee.

According to the company, among all its borrowers, young people with low incomes and no higher education background make up the majority. People aged below 34 account for about 80 percent of its total borrowers.

In addition, people from rural areas account for around half of the total borrowers, who are not generally clients of traditional financial institutions.

"Different from traditional financial services institutions, customers can apply for loans just through the internet, which has greatly improved efficiency and convenience for them," Zhang said.

He added that the products rely on internet technologies such as big data and cloud computing to make lending decisions, and to assess and manage risks.

By the end of last year, the company had issued more than 226.8 billion yuan in loans to 16.62 million users across the country.