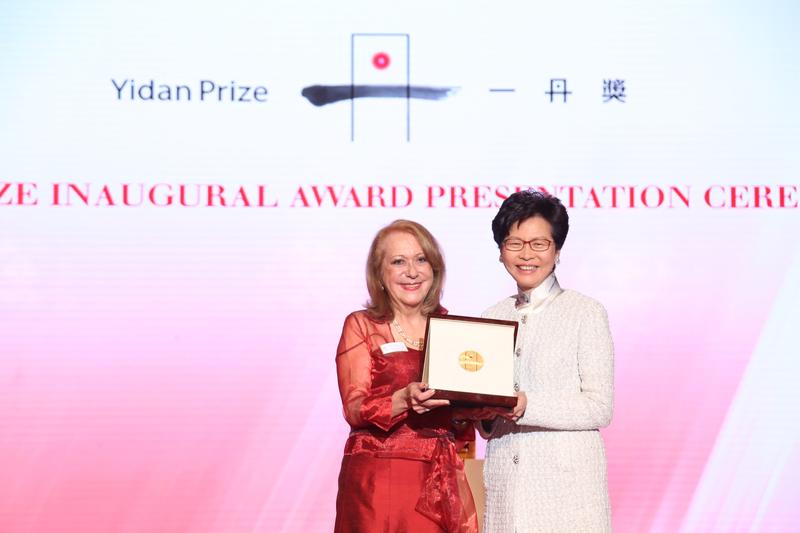 The city’s top official added the government would also work on preparing young people for the many challenges a rapidly changing world posed, instilling in them the motivation to succeed.

Lam made the remarks at the Yidan Prize Inaugural Award Presentation Ceremony in Hong Kong on Sunday evening. The prize was founded last year by Charles Chen Yidan, co-founder of telecoms giant Tencent, to recognize educators who have made great contributions to the world by championing the value of education.

Lam said she was particularly proud as the prize is the third prestigious international award based in Hong Kong - the other two being the Shaw Prize recognizing distinguished individuals in the fields of astronomy, life sciences and medicine and mathematical sciences, and the Lui Che Woo Prize awarded to individuals or organizations that have made remarkable contributions to the welfare of mankind.

Vicky Colbert - founder and director of a Colombian non-government organization Fundación Escuela Nueva - received the Yidan Prize for Education Development. She was honored for developing the Escuela Nueva pedagogical model, which 14 developing countries have adopted, improving the lives of more than five million children.

Colbert said she was honored and deeply moved to receive the prize, while extending gratitude to the organizer for “establishing a prize that goes beyond religion, race and nationality to make the world a better place”.

She said the prize served as further motivation for her to continue carrying out her commitment to the cause of high-quality basic education for all children. 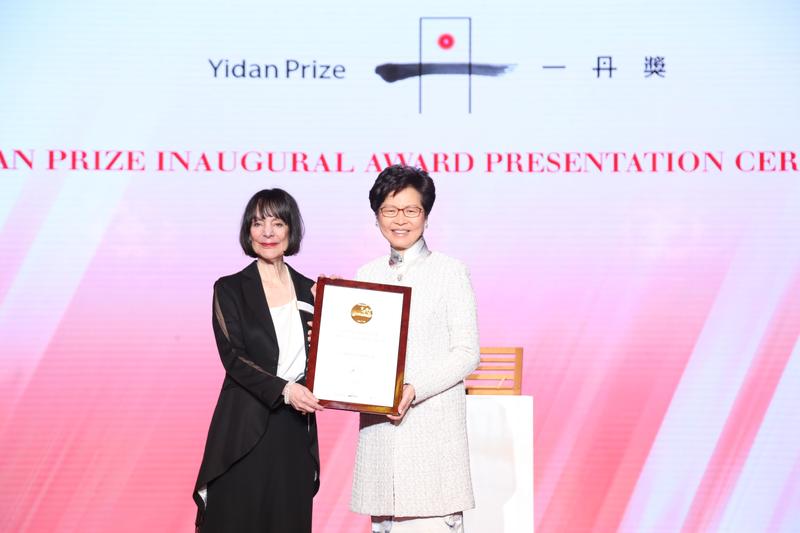 Stanford University psychology professor Carol Dweck received the Yidan Prize for Education Research. She is well-known worldwide for her research on “growth mindset”, which showed that process-oriented education achieved more than result-oriented education in terms of intensifying students’ ability to learn and solve problems.

Her research results had a great impact on the world’s education sector, inspiring millions of educators to motivate their students.

Upon receiving the prize, Dweck called on the world to learn that mindset nurtures intelligence. If we ignore the power of mindset, we would not learn effectively, she said.