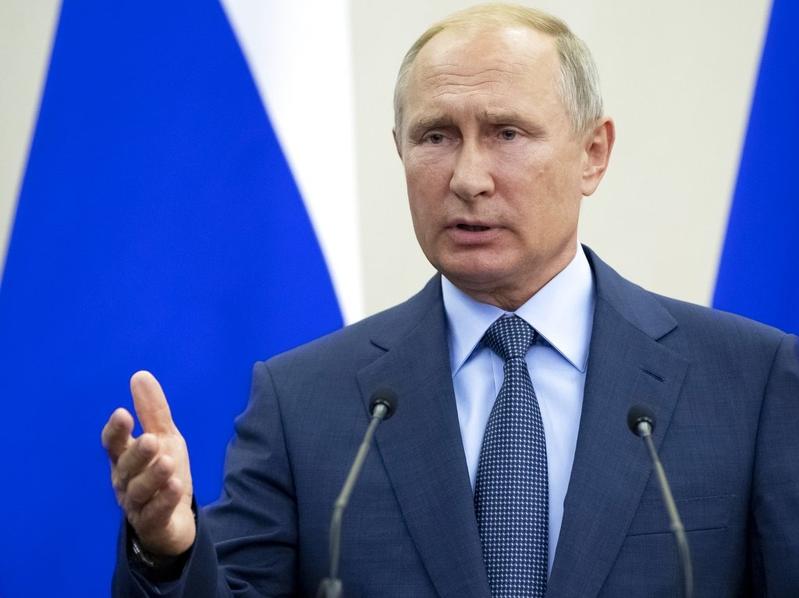 "As for our meeting with Trump, I view it as positive and useful," Putin said. "No one expected that all disputed issues could be settled during a two-hour meeting, but a direct conversation and exchange of opinions are always useful."

Putin said the US restrictions are "counterproductive and senseless, especially against such country as Russia," adding that Moscow expects Washington to realize their uselessness and engage in constructive cooperation

Even as Trump has sought closer ties with Putin, his administration has intensified economic pressure on Moscow over its actions in Ukraine and Syria, as well as Russia's alleged efforts at meddling in the 2016 US presidential election and disrupting other western democracies.

Putin noted that "it's not just the position of the US president, but that of the so-called establishment, the ruling class in the broad sense of the word which matters."

He said the US restrictions are "counterproductive and senseless, especially against such country as Russia," adding that Moscow expects Washington to realize their uselessness and engage in constructive cooperation.

The Trump administration added to its growing list of sanctions against Russia on Tuesday, blacklisting two companies and two individuals suspected of trying to circumvent earlier US sanctions imposed in June in response to cyberattacks, and sanctioning two Russian shipping companies for suspected trade with the Democratic People's Republic of Korea.

Commenting on the prospective Germany-bound Nord Stream 2 natural gas pipeline that the US has threatened to target with sanctions, Putin said that Europe needs the project to satisfy its energy needs.

READ MORE: US to step up pressure on Russia with more sanctions

Putin and other Russian officials have noted that the US opposition to the new pipeline stems from its desire to remove a powerful competitor and promote supplies of its own more expensive liquefied natural gas to Europe.

"Russia is the optimum supplier for the European economy," Putin said. "We are ready to compete with anyone, but we expect a fair competition in line with international norms."

Putin also noted that Russia has to respond to NATO's deployments near its borders. He emphasized that Moscow is ready to discuss ways to increase mutual trust, such as the security of military flights over the Baltic, but claimed that NATO has stonewalled Russian proposals on the subject.

"I don't think that the idea of reducing the degree of confrontation and increasing the level of security in the Baltic is dead," Putin said. "Just the other way round, it has become even more acute."