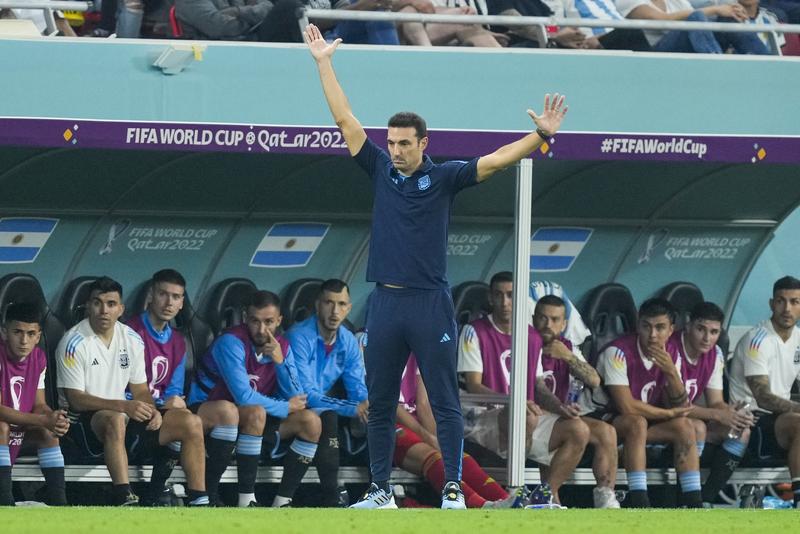 DOHA - It is no secret that Argentina's dreams of a third World Cup triumph lie largely on the shoulders of Lionel Messi but another man bearing the same first name is also integral to the hopes of the Albiceleste.

At 44, Lionel Scaloni is the youngest coach at the World Cup. On Friday he will pit his wits against the oldest, 71-year-old Louis Van Gaal, when Argentina take on the Netherlands in the quarter-finals.

"I'm proud to take him on, everyone knows what he's done for football and how many people have tried to copy him," Scaloni said after Argentina beat Australia in the last 16.

"This is one of the pleasures that football gives you, especially as it is happening at a World Cup." 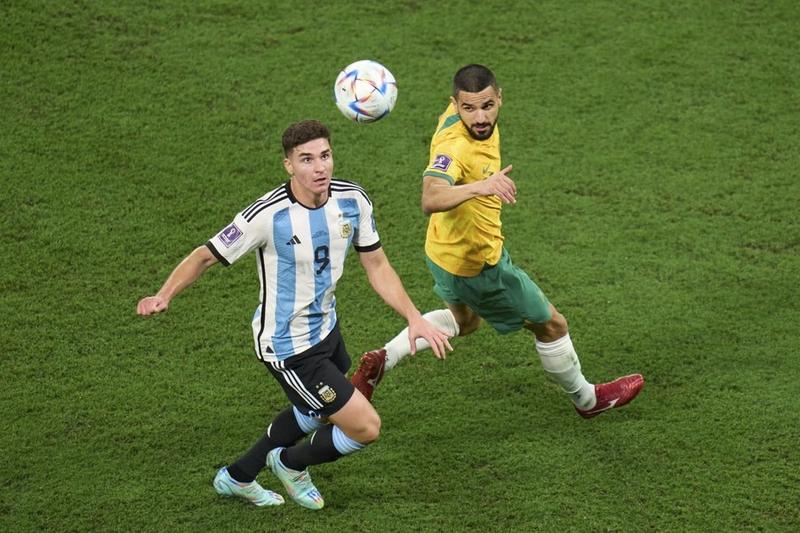 Julian Alvarez (left) of Argentina vies with Aziz Behich of Australia during their Round of 16 match at the 2022 FIFA World Cup at Ahmad Bin Ali Stadium in Al Rayyan, Qatar on Dec 3, 2022. (MENG DINGBO / XINHUA)

In his four years in charge of Argentina, Scaloni has already built up a huge bank of goodwill at home, most notably for delivering the 2021 Copa America -- their first major trophy since the 1986 World Cup and Messi's first for his country.

It was little more than a month before Argentina beat the Dutch in 1978 to win their first World Cup that Scaloni was born in the small interior town of Pujato.

A hard-running wingback, Scaloni had a successful playing career mostly for Deportivo La Coruna in Spain and made the Argentina squad for the 2006 World Cup, playing briefly with a young Messi against Mexico. 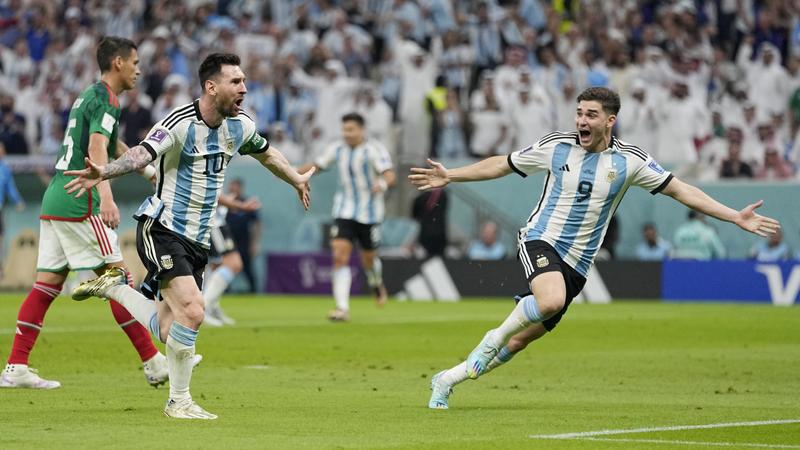 Scaloni has helped get one over the Dutch Master at least once before when he was at Deportivo, who pipped Van Gaal's Barcelona to the 1999-2000 La Liga title.

He cut his coaching teeth at Sevilla as an assistant to Jorge Sampaoli in 2017 and his compatriot took him along when he was awarded the Argentina job ahead of the 2018 World Cup.

Scaloni took over with Pablo Aimar as caretaker coaches when Argentina lost to eventual winners France in the round of 16 in Russia but it was he who was named permanent successor to Sampaoli.

His first major tournament was the 2019 Copa America, where Argentina finished third after losing to hosts Brazil in the semi-finals.

Scaloni tightened up the defense and his rejuvenated side -- always with Messi at its beating heart, of course -- finally delivered the South American title on the back of a 20-match unbeaten streak. 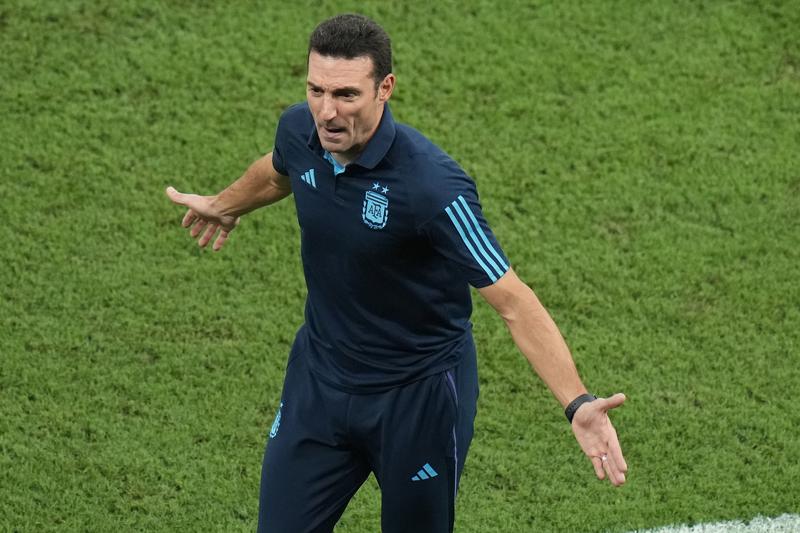 They followed that with an impressive 3-0 win over Euro winners Italy in the "Finalissima" at Wembley in June and by the time they arrived in Qatar, the streak had been extended to 36 games.

It was dramatically ended with a huge upset at the hands of Saudi Arabia but Scaloni picked up the pieces and wins over Mexico and Poland got them safely through to the last 16.

The team has long been dubbed La Scaloneta -- a play on the coach's name and the local word for a van inspired by a meme showing the two Lionels at the front of a team bus with the rest of the players in the back.

Argentina players celebrate at the end of the World Cup group C soccer match between Argentina and Mexico, at the Lusail Stadium in Lusail, Qatar, Nov 26, 2022. (MOISES CASTILLO / AP)

Scaloni has never been comfortable with the nickname and always been quick to emphasize the difficulty of the task facing Argentina, even with Messi in the side.

"All the games are hard," he said after the Mexico victory. "If you think that just because we won today, we are going to become World Cup winners, you're wrong."