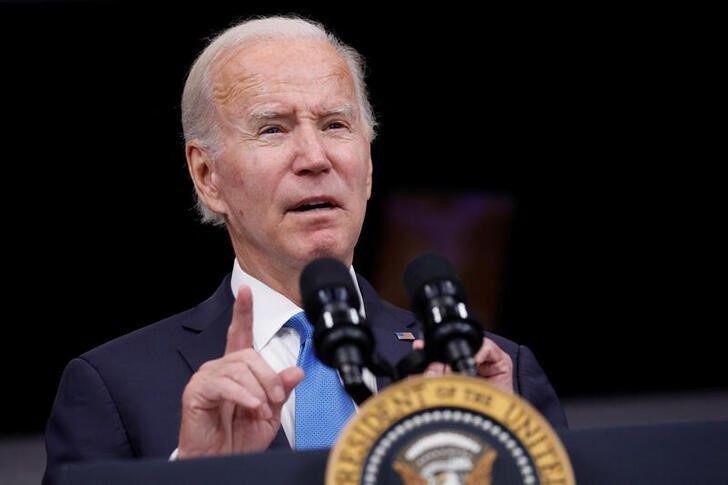 US President Joe Biden delivers remarks while launching a new plan for Americans to receive booster shots and vaccinations against the coronavirus disease (COVID-19), onstage in an auditorium on the White House campus in Washington, US Oct 25, 2022. (JONATHAN ERNST / REUTERS)

WASHINGTON / GENEVA / BERLIN / HELSINKI – US President Joe Biden's administration on Wednesday said it will appeal a federal court's decision that invalidated a pandemic-era order that blocks migrants at the US-Mexico border as other related legal challenges move forward.

The Biden administration in a court filing said it wanted to appeal a Nov ruling by US District Court Judge Emmet Sullivan throwing out an order known as Title 42, which blocks some asylum seekers at the border.

After US District Court Judge Emmet Sullivan ruled that Title 42 was invalid, he gave the administration until Dec 21 to prepare for its wind down

After Sullivan ruled that Title 42 was invalid, he gave the administration until Dec 21 to prepare for its wind down.

An official in the administration said it intends to continue with that date for the wind down but will ask an appeals court to rule that the US Centers for Disease Control and Prevention (CDC) was within its legal authority to issue the order in the first place.

The CDC sought to end the order in May, but the move was blocked by a federal court in Louisiana and that case is active.

Meanwhile, the United States on Tuesday urged delaying a decision on whether to waive patent protection for COVID-19 treatments and tests, as demanded by many developing countries, a move branded "pathetic" by a leading campaign group.

World Trade Organization members agreed in June a partial waiver of intellectual property (IP) rights for COVID-19 vaccines, with an understanding that they should consider within six months extending this to therapeutics and diagnostics.

India, South Africa and other developing countries have been pushing for a waiver extension, which many developed countries argue could discourage the pharmaceutical industry from responding rapidly to future global health crises.

The office of the United States Trade Representative said in a statement that it supported delaying the deadline and that it would ask the US International Trade Commission (USITC) to launch an investigation into the products at issue.

The deadline for a decision has been Dec 17, but there has been an unresolved stand-off on the issue at the WTO.

Novavax Inc said on Wednesday it will manufacture its COVID-19 vaccine in Canada after the country's health regulator allowed its use in children aged between 12 and 17 years as a primary series of shots.

Production of test batches of the protein-based vaccine, Nuvaxovid, will begin at the Montreal manufacturing center by early 2023, the company said.

The agency's approval was based on a late-stage study which showed the vaccine was effective against COVID-19 in children aged between 12 and 17 years.

Finland is set to change its method of collecting data deaths caused by COVID-19 infections from Thursday onwards, to make the information more accurate and uniform throughout the country.

The reporting of COVID-19 deaths will be based on the causes of death, not on the temporal connection between infection and death, the Finnish Institute for Health and Welfare (THL) said on Wednesday.

Reporting will be harmonized with regard to which patients are in hospital with COVID-19, and which are due to COVID-19. 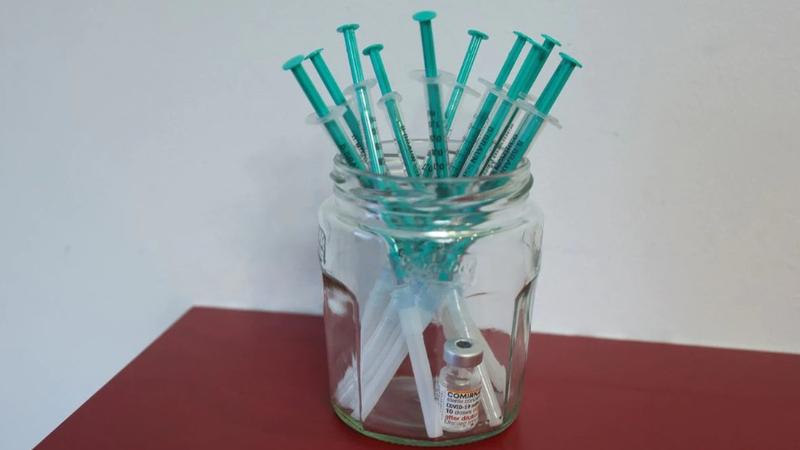 Syringes with children's doses of Comirnaty, the Pfizer-BioNTech vaccine against COVID-19 are seen at a practice of a children's doctor in Bonn, Germany, Dec 15, 2021. (WOLFGANG RATTAY / REUTERS)

German health minister Karl Lauterbach has granted a permit allowing China's Sinovac COVID-19 vaccine to be imported to Germany from Wednesday, but it will only be given to Chinese citizens in that country, the Spiegel magazine reported.

The move comes after German Chancellor Olaf Scholz announced in Nov an agreement to let expatriates in China use the COVID-19 vaccine from Germany's BioNTech.

MOSCOW – Russia registered 6,935 new COVID-19 cases in the past 24 hours, bringing the nationwide tally to 21,635,764, the official monitoring and response center said Wednesday.