By Xi Tianqi and Philip Tubeza in Hong Kong 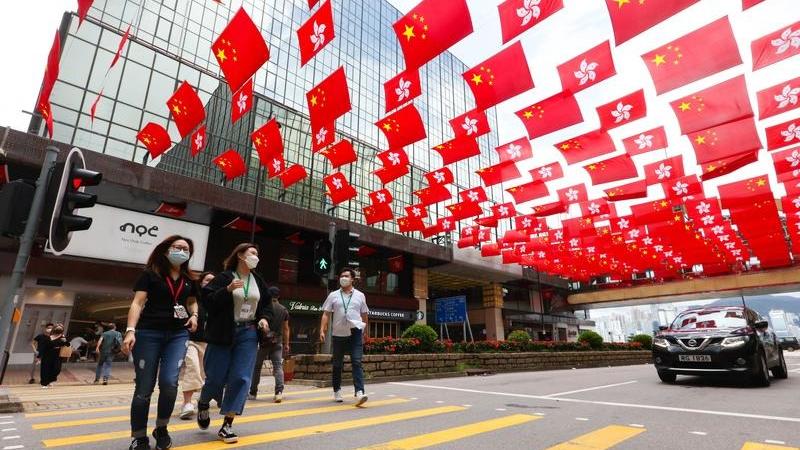 The Hong Kong Special Administrative Region has issued guidelines requiring coaches and athletes to immediately use their hands to signal a timeout if they notice errors about the national anthem or flag during overseas matches.

The guidelines, issued on Tuesday by the city’s sports group — the Sports Federation and Olympic Committee of Hong Kong, China — came as a song closely linked to separatism was wrongfully played as the Chinese national anthem at three rugby matches that the Hong Kong Rugby Team played in South Korea.

According to the guidelines, the Sports Federation and Olympic Committee of Hong Kong, China will also provide toolkits containing the correct national anthem and regional flags for its 82 member associations — the so-called National Sports Associations — which will be passed to the event organizer

In the aftermath of the mixups, Qais Abdulla Al Dhalai, president of Asia Rugby — organizer of one of the matches — paid a special visit to Hong Kong on Tuesday to apologize for the blunder when meeting with Chief Secretary for Administration Eric Chan Kwok-ki.

Qais agreed that the national anthem is the symbol of a nation and must be respected on all occasions, hence his apology was extended in person to the government and people of the Hong Kong Special Administrative Region, and undertook to ensure no similar mistake will happen again, according to a statement issued by the HKSAR government.

Chan reiterated at the meeting that the HKSAR government strongly deplored and opposed the incident, and that as the tournament’s lead organizer Asia Rugby is responsible for ensuring the national anthems of all participating teams receive the respect warranted.

He urged Asia Rugby to implement remedial measures, and reminded Asia Rugby that there is no room for mistakes in future tournaments involving the Hong Kong Rugby Team, including the Asia Rugby Sevens Series’ third leg to be held in Dubai in late November.

Hong Kong police are investigating the incident, as well as two previous similar cases that have since surfaced. Online video clips posted on a popular sports streaming channel of two Rugby World Cup qualifier matches, one against Portugal in Dubai on Nov 6 and another on July 23 against Tonga, labeled the Chinese national anthem March of the Volunteers with the name of the separatist-related song.

According to the guidelines, the sports federation will also provide toolkits containing the correct national anthem and regional flags for its 82 member associations — the so-called National Sports Associations — which will be passed to the event organizer.

Secretary for Culture, Sports and Tourism Kevin Yeung Yun-hung on Wednesday said the new guidelines will help teams playing outside the country better understand how to deal with mistakes and ensure the use of the national anthem and regional flag are in full compliance with these ordinances.

The guidelines received support from the city’s sports groups.

In a statement, the Hong Kong Rugby Union pledged to incorporate these guidelines as part of an internal review of its protocols and procedures.

The union agreed that it and its representative teams and athletes will need to ensure that the image of Hong Kong is safeguarded at overseas competitions.

According to the guidelines, National Sports Associations that fail to comply may be subject to sanctions, including suspension of membership or government subsidies, depending on the circumstances.

Hong Kong Football Association Chairman Pui Kwan-kay said the guidelines will help sports associations understand how to deal with errors during the playing of the national anthem and the correct way to use the regional flags.

He also said that playing the wrong national anthem or flying the wrong regional flag are serious offenses and justified the sanctions mentioned in the guidelines.