Hong Kong, as a superconnector between the Chinese mainland and overseas markets, is set to play a crucial role in e-CNY’s use in global trade settlements with ‘managed anonymity’ embedded in the virtual coin to dispel concerns about personal information tracking. Zhang Tianyuan reports from Hong Kong. 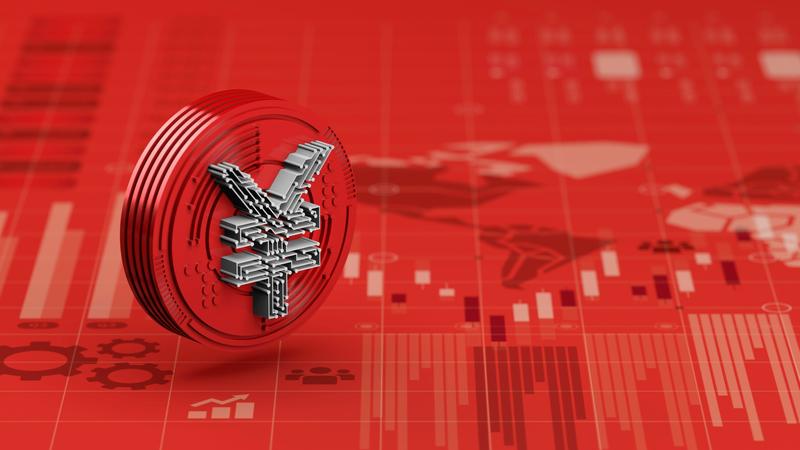 The recently concluded high-profile Hong Kong FinTech Week 2022 shows that the world’s first-ever and largest multicurrency cross-border payments platform, Project mBridge, is at the forefront in pushing the global use of digital currencies.

The advent of digital currencies has further consolidated the special administrative region’s competitive edge in international e-finance, and is a steppingstone to internationalizing the digital yuan.

However, one of the features of the virtual currency — traceability, which empowers authorities to track movements of payments, as well as a nation’s financial system — has sparked concerns about personal information and customer data being exposed.

Project mBridge: Connecting Economies Through CBDC (Central Bank Digital Currency) is co-led by four organizations, including the People’s Bank of China and the Hong Kong Monetary Authority. It’s designed to enable the four jurisdictions — the Chinese mainland, the HKSAR, Thailand and the United Arab Emirates — to settle real-value stable and efficient payments with their digital conventional currencies in cross-border deals.

At this year’s Hong Kong FinTech Week, Mu Changchun, director of the PBOC’s Digital Currency Research Institute, sought to dispel worries about Project mBridge by addressing blockchain’s role in settling payments among the four jurisdictions. He assured the public that their privacy and personal data are well protected, as blockchain technology has solved problems over self-management or autonomous management by each of the project’s participants.

The mainland’s top five State-owned banks, including Bank of China, China Construction Bank and Bank of Communications, took part in the pilot program by processing live payments transactions representing their corporate and commercial banking clients. The trial demonstrated the ability of CBDCs, including e-CNY, to materialize near-real-time transactions and cut costs. This has provided fresh momentum to internationalize the renminbi. Hong Kong, with its unique advantages as a superconnector between the mainland and overseas markets, can play a crucial role in using e-CNY in international trade settlements.

The digital yuan, which was tested on the Project mBridge platform from Aug 15 to Sept 23, was the most widely issued and actively used in transactions worth more than HK$171 million ($21.9 million) and involving 160 payments that used CBDCs to settle cross-border trades, according to a Bank for International Settlements report.

Colin Pou Hak-wan, executive director of financial infrastructure at the HKMA — Hong Kong’s de facto central bank — said the mBridge trial platform, which aims to develop a system that could support the full process of international trade settlement in bulk transactions, has validated the proposition that a central bank digital currency can “substantially increase the speed of cross-border payments from multiple days to near real time while reducing costs”.

He said the trial project has relieved the “pains” in settling cross-border payments, including high costs, low speed and operational complexities. It ensures that policies, regulatory compliance and privacy mechanisms are appropriately integrated.

Oriol Caudevilla, board director at the Global Impact FinTech Forum, said China’s regional trade pacts and development strategies, such as the Regional Comprehensive Economic Partnership and the Belt and Road Initiative, have laid the frameworks for cross-border applications of the digital yuan. The RCEP, comprising 15 Asia-Pacific economies, including China and the 10 member states of the Association of Southeast Asian Nations, came into effect on Jan 1, while the UAE — a significant stakeholder in China’s commercial links with the Middle East — supports the BRI.

These frameworks will “facilitate the international use of the digital yuan to benefit consumers, dealers, bankers and industries across regions”, Caudevilla said. 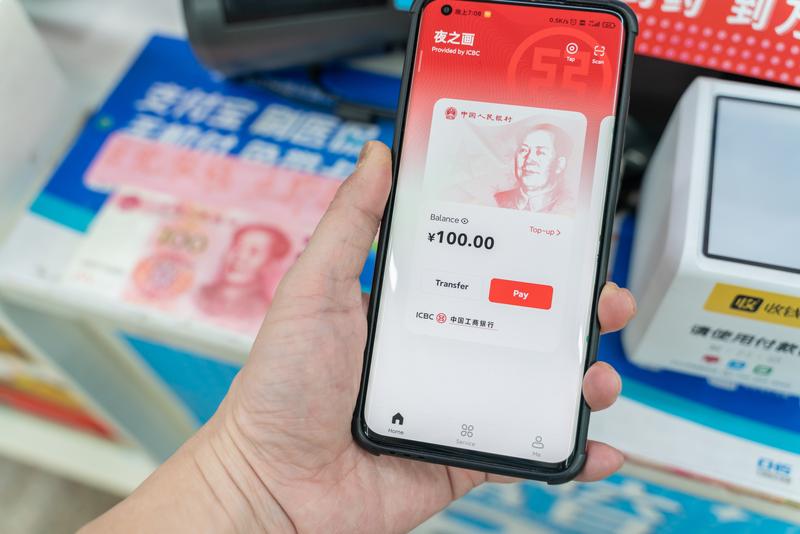 While monetary regulators in the four jurisdictions hail the success of Project mBridge, financial experts and entrepreneurs are keeping a close eye on its progress, if any, in solving privacy concerns. As Hong Kong may play a vital role in offshore transactions involving the digital yuan in world markets, would fears over privacy protection obstruct e-CNY’s path to internationalization?

Bart Zhou Yueshen, assistant professor of finance at INSEAD, said how widely the digital yuan could be used in global trade would depend “largely on users’ trust and confidence in the well-functioning and transparency of the overall digital currency system”.

Project mBridge may improve efficiency in financial transactions and the effectiveness of monetary policy, but despite these advantages, naysayers still have their qualms. Suspicions have arisen that the central authorities could use the digital yuan for surveillance purposes — although the PBOC has promised to operate the paperless currency on a “two-tier” structure with “managed anonymity”.

The two-tier system means the e-CNY would be distributed to the public by the central bank via State-owned banks and selected financial institutions.

Wei Shang-Jin, professor of finance and economics at Columbia University in the United States, said the authorized institutions see only a portion of the digital footprints of individuals or firms. Once users deposit or withdraw funds using the digital yuan to top up their wallets, these institutions will lose track of the money, which refers to the “anonymity” part.

“The ‘controlled’ part, however, is that the PBOC sees the entire history of the movement of (e-CNY), and can choose whether or not to use or share the information,” Wei said.

Judy Chen Yingyin, a senior researcher at Hong Kong-based think tank, Our Hong Kong Foundation, said she believes the fears of ceding freedom and privacy to surveillance usually emerge among individuals, but not in global trade settlements.

As money flows between financial institutions or companies are usually huge, “they have to report or record what they are using this money for” to align with financial regulations, thus helping regulators to detect illicit activities, such as money laundering, she said.

Chen noted that, currently, there are data protection regulations, though not necessarily for CBDCs in general. “It remains to be seen if more items need to be specifically applied to CBDC data protection itself,” he said.

PBOC Governor Yi Gang highlighted the importance of protecting privacy when using CBDCs. “Anonymity and transparency are not black and white, and there are many fine details that have to be carefully weighed. In particular, we should strike a precise balance between protecting personal privacy and cracking down on illegal activities,” he said at Hong Kong Fintech Week’s opening ceremony.

The design of e-CNY wallets adheres to “anonymity for small value and traceability for high value”, and it will trace the currency flow only when there is a crackdown on money laundering, terrorism financing or tax evasion, Yi said.

Coping with transparency and anonymity is among the most urgent matters that all jurisdictions issuing CBDCs must attach great importance to. Benny Cheung, Ernst & Young’s South China finance service leader, said traceability is one of the inherited characteristics of CBDCs, and “one of the purposes of digitalizing currencies is to trace transactions and perceived crime”.

“Each central bank (creating a CBDC) is considering how to set up laws to strengthen personal information protection with regard to virtual currencies,” he said.

At the Digital China Summit held in July, Digital Currency Research Institute’s Mu set a vision of how the mainland will strengthen rules to protect personal data in using e-CNY. He proposed establishing an information isolation system and imposing restrictions on using personal data; creating an internal system by operators of digital currency platforms to protect such data; penalizing operators who fail to comply with regulations on the use of data; and allowing authorized institutions to freeze users’ e-wallets on legal grounds.

The HKMA is also rolling out its own virtual coin, e-HKD, amid the global race to launch digital currencies. It began testing e-HKD on the technology and legal aspects in the last quarter of this year, with privacy concerns topping the agenda in charting the next stage of developing the digital currency.

Pou from the HKMA said the organization regards privacy and data protection as key considerations in launching the e-HKD, and they should be embedded in the digital currency’s system design and operation, while ensuring effective controls on terrorism.

“If the e-HKD is fully anonymous, its use would be the same as for coins and notes, but anonymity would fall short of international regulatory requirements concerning terrorism. Hence, a certain degree of traceability would be inevitable. We need to carefully consider the extent of information access, such as a user’s identity and transaction history, to be given to various parties, like central banks, e-wallet operators, banks and merchants,” he said.