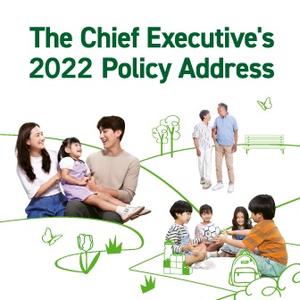 The markets were hoping that the Policy Address would have good news because they cannot wait to reconnect to the world and to the Chinese mainland. They were disappointed. The Hang Seng Index was struggling to turn positive in the morning yesterday, but as the chief executive revealed more and more about his policy plans, the markets learned that there is still not a road map for Hong Kong to reconnect to the mainland and the rest of the world. The Hang Seng Index fell over 400 points. 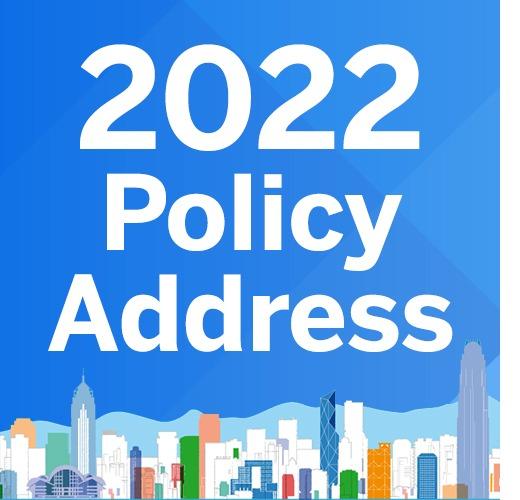 But on closer examination, there is much to cheer about the Policy Address if we look beyond the short term. Chief Executive John Lee Ka-chiu has proposed aggressive policies to attract talent and the most promising tech startups to Hong Kong. A brand-new Talents Service Unit will coordinate work for the recruitment of professionals and provide them with one-stop support, while an Office for Attracting Strategic Enterprises will be set up to attract strategic enterprises to Hong Kong. The HKSAR government will also dedicate a HK$30 billion ($3.8 billion) Co-Investment Fund to attract enterprises to set up operations in Hong Kong with co-investment opportunities. Nonlocal graduates of Hong Kong’s universities will be allowed to stay for up to two years in the city while looking for work. Graduates from Greater Bay Area campuses of Hong Kong’s universities will also enjoy the privilege.

A Commissioner for Industry will be appointed to oversee reindustrialization strategies, which will include a new HK$10 billion Research, Academic and Industry Sectors One-plus Scheme to support commercialization of research and development outcomes by university research teams, as well as continued investment in the Hong Kong-Shenzhen Innovation and Technology Park in the Lok Ma Chau Loop and development of San Tin Technopole, among others. Three major road projects and three strategic railway projects will promote better land use and help Hong Kong better integrate with the Greater Bay Area.

The new administration has responded to opinion surveys in Hong Kong that show that housing is a top concern, and has come up with new ideas to cap the waiting time for public rental housing from 6 years to about 4.5 years by 2026/27

Mr Lee has concrete plans to build the Northern Metropolis that was proposed last year by then-chief executive Carrie Lam Cheng Yuet-ngor. Apart from the proposed Northern Metropolis Highway that links Tin Shui Wai in the west and Kwu Tung North in east San Tin, the Hong Kong Shenzhen Western Rail Link will connect Hung Shui Kiu with Qianhai giving a big boost to the Hong Kong-GBA integration; and the chief executive has proposed raising the plot ratio to 6.5 for residential sites and to 9.5 for commercial sites.  This means there is potential for much more intensive development in the Northern Metropolis compared to the first-generation new towns like Shatin whose residential plot ratio was only 5.

Apart from being aggressive in boosting Hong Kong’s competitiveness in attracting and nurturing talent, Mr Lee is also aggressive about building land banks. He would compress the time taken to turn raw land into developable land by between one third and one-half. This way, he says, “the government will stay on top of things instead of catching up with the demand”. I have long advocated that we need a land bank from which we can draw land for development as the need arises. Because turning raw land into developable land takes time, trying to make land available when a need arises will always be too late.  Mr Lee talked about this in a section under Land and Housing.  But land is needed also for industrial, commercial and amenity uses too.

Financial services, Mr Lee pointed out, is Hong Kong’s biggest pillar industry, accounting for more than one-fifth of our gross domestic product. To enhance Hong Kong’s competitiveness in financial services, he is looking to revise the listing rules on the main board, further strengthen our RMB offshore business with more RMB-denominated financial products, and expand mutual market access with the mainland for more financial products and services. The HKSAR is proactive in financial innovations. Currently an e-HKD is in the works, and the possibility of expanding the testing of e-CNY as a cross boundary payment facility in Hong Kong is being explored with mainland institutions.

The new administration has responded to opinion surveys in Hong Kong that show that housing is a top concern, and has come up with new ideas to cap the waiting time for public rental housing from six years to about 4.5 years by 2026/27. It also promises to deliver sufficient land for private housing development in the next five years to meet the projected demand in the Long Term Housing Strategy. However, with the recent wave of emigration, the demand for housing may well be declining. Earlier projections may be out of date. I agree we should build an adequate land reserve, but we may need to revisit our housing demand projections.

Like most people in Hong Kong, I was disappointed that the city has still not fully opened up to the world. Today our vaccination rate overtook that of Singapore. As of mid-October, 80.4 percent of the Hong Kong population had received three shots or more — higher than Singapore’s 79 percent. Mr Lee is right to be cautious. The infection rate in Singapore has indeed risen, but as of Oct 18 the latest number of active cases in intensive care was 0.22 per 100,000 for fully vaccinated patients and 0.25 for those not fully vaccinated, which is still very low. We should focus on the incidence of serious cases rather than on the gross infection rate.