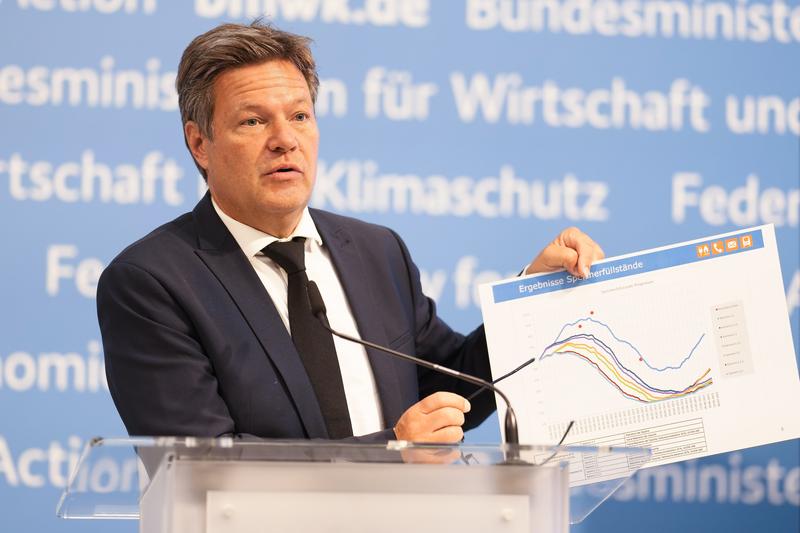 "Some countries, even the friendly ones, are charging astronomical prices in some cases. Of course, this brings problems that we must talk about," Habeck told the Neue Osnabrücker Zeitung (NOZ) newspaper.

Gas prices in Europe are twice as high as before the start of the Russia-Ukraine conflict.

READ MORE: France, Germany to help each other through energy crisis

"The United States turned to us when oil prices soared, and the national oil reserves were tapped in Europe as well," Habeck said. "I think such solidarity would also be good for curbing gas prices."

Some countries, even the friendly ones, are charging astronomical prices in some cases. Of course, this brings problems that we must talk about

No gas has been flowing from Russia to Germany via the important Nord Stream 1 pipeline since September. Last week, major leaks were discovered after explosions were detected by Norway's earthquake service. Russia and the US have accused each other of sabotage.

Germany, Europe's largest economy, is relying heavily on gas from other countries. Last year, 95 percent of natural gas consumed in the country was imported, according to the Federal Statistical Office (Destatis).

Habeck called on the European Union (EU) to "bundle its market power and orchestrate smart and synchronized purchasing behavior."

The President of the European Commission, Ursula von der Leyen, said she preferred to discuss a price cap on gas.

"High gas prices are driving electricity prices. We have to limit this inflationary impact of gas on electricity -- everywhere in Europe," she said on Wednesday in a speech in Strasbourg, France.