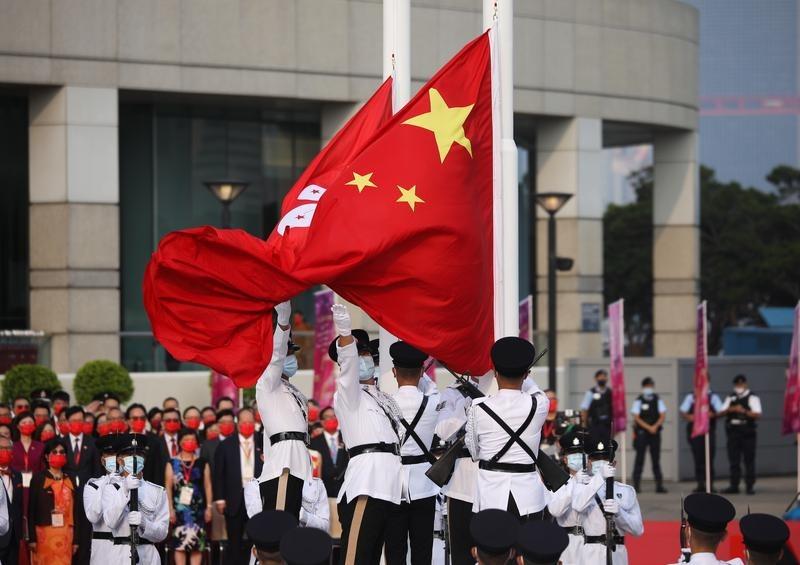 The flag-raising ceremony is held at the Golden Bauhinia Square in Wan Chai, Hong Kong, in celebration of the 72nd anniversary of the founding of the People's Republic of China, Oct 1, 2021. (CALVIN NG / CHINA DAILY)

HONG KONG – The Hong Kong Special Administrative Region will hold a flag-raising ceremony on Oct 1 to mark the National Day.

Police will implement special traffic arrangements to facilitate the flag raising ceremony in Wan Chai North, which will be implemented from 00:01 am Thursday night to noon on Oct 1, according to a government press release.

The coach parking spaces and pick-up/drop-off area at Expo Drive and Expo Drive East will be suspended.

Vehicles found illegally parked within the precincts of special traffic arrangements will be towed away without prior warning or subject to multiple ticketing.