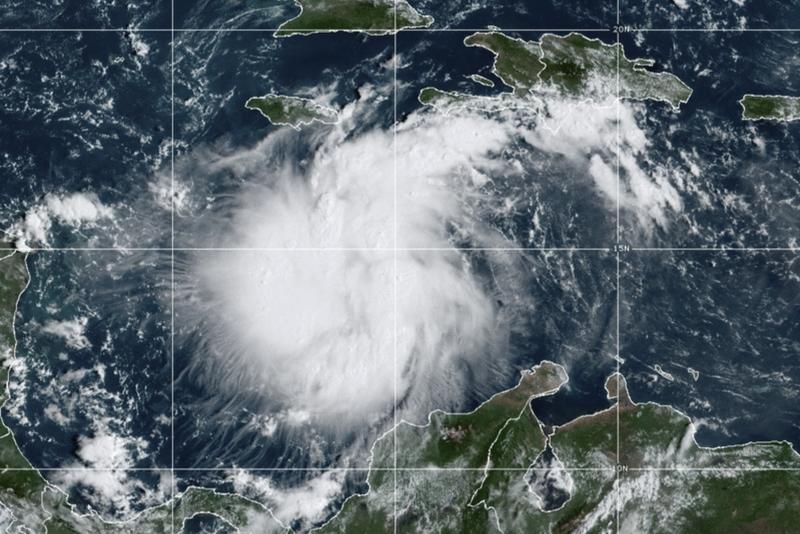 This satellite image provided by the National Oceanic and Atmospheric Administration shows Tropical Storm Ian over the central Caribbean on Sept 24, 2022. (NOAA VIA AP)

HAVANA - Tropical Storm Ian hurtled toward western Cuba on Sunday, prompting the government to evacuate tourists amid expectations of life-threatening storm surges as it turns into a hurricane on Monday, according to the National Hurricane Center.

Ian had begun to strengthen over the warm waters of the Caribbean Sea late on Sunday, as it moved slowly northwestward towards Cuba, with sustained winds of 60 miles per hour (96 km per hour), the NHC said.

Cuba evacuated tourists on Sunday from the Isla de la Juventud, off the island's southwestern coast, as well as workers from nearby Cayo Largo, one of the country's top tourist destinations, according to official media reports.

Ports throughout the western half of Cuba were closed as early as Friday evening, and fishermen called back to harbor ahead of the pending storm, which is expected to bring heavy rainfall. 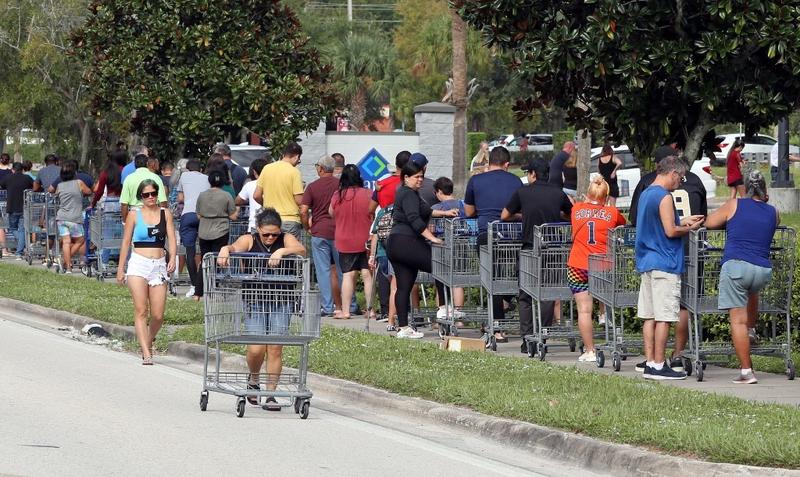 Shoppers walk to join a line stretching beyond the parking lot outside a retail warehouse as people rush to prepare for Tropical Storm Ian, in Kissimmee, Florida, United States, on Sept 25, 2022. (GREGG NEWTON / AFP)

Cuban officials were monitoring the track of the storm, which had tended slightly eastward than earlier predictions suggested, putting the capital Havana closer to the crosshairs.

The National Hurricane Center said Ian was expected to develop into a major hurricane in the eastern Gulf of Mexico by midweek but noted that "uncertainty in the track and intensity forecasts remain higher than usual."

The center said hurricane warnings had been issued for the Cuban provinces of Isla de Juventud, Pinar del Rio and Artemisa.

By mid-week the storm could cause flooding across the Florida Keys and Florida peninsula, NHC added.

Florida officials warned people across the state to be ready for the storm with supplies of food, water, fuel, batteries and medicine.

Governor Ron DeSantis has declared a state of emergency in all 67 of the state’s counties.

"The path of this is still uncertain," he said at a news conference. "The impacts will be broad throughout the state of Florida."