No more hotel quarantine from Sept 26 as HK updates policy

By Wang Zhan and Reuters 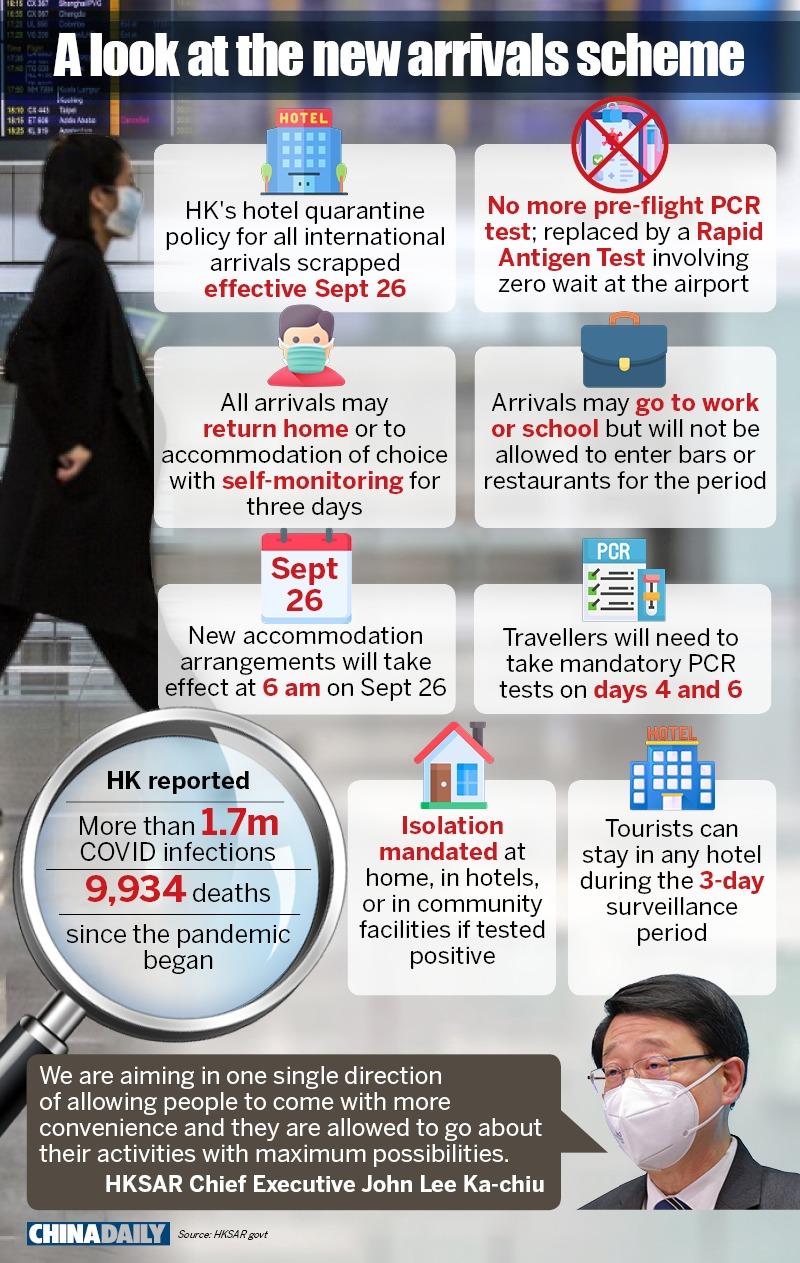 HONG KONG – Hong Kong will scrap its COVID-19 hotel quarantine policy for all arrivals from Sept 26, the city’s chief executive announced on Friday.

All international arrivals will be able to return home or to accommodation of their choice but will have to self monitor for three days after entering the city, John Lee Ka-chiu said at a press conference in the afternoon. 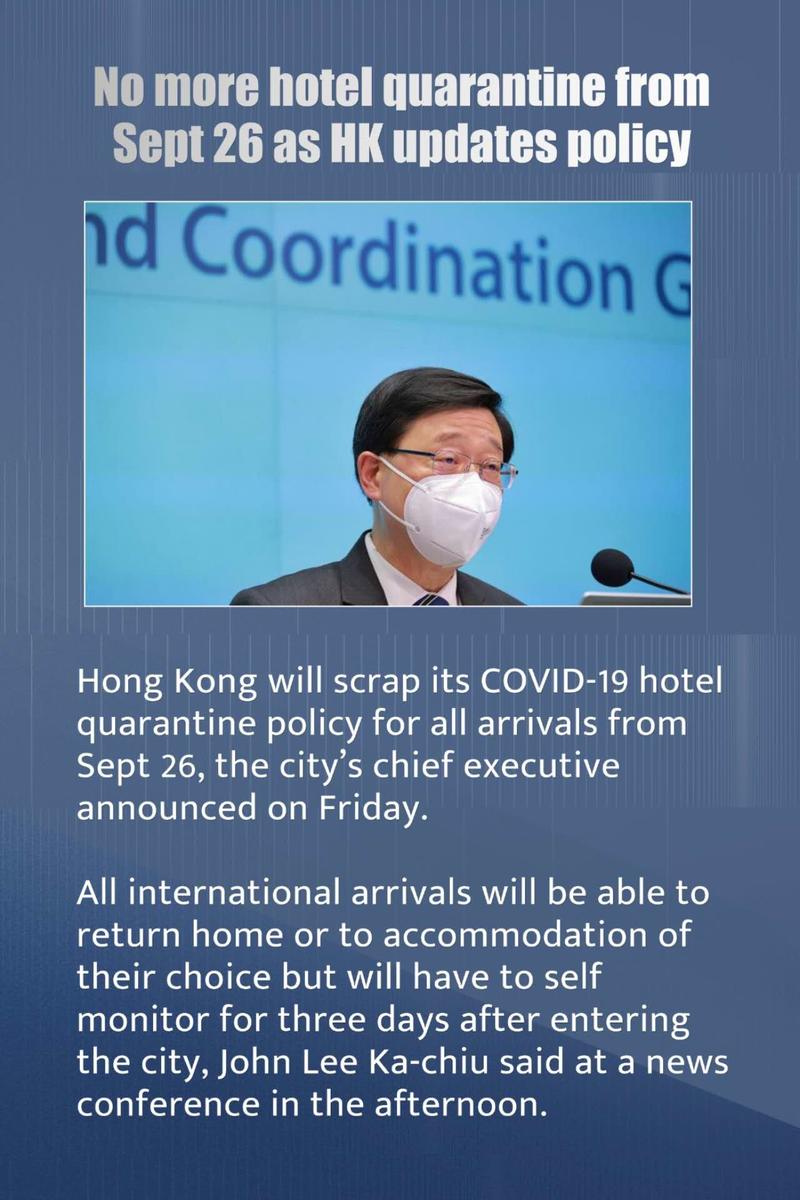 We are aiming in one single direction of allowing people to come with more convenience and they are allowed to go about their activities with maximum possibilities.

A pre-flight PCR test which was required for travelers to Hong Kong 48 hours before flying will be replaced by a Rapid Antigen Test, the CE added.

"We are aiming in one single direction of allowing people to come with more convenience and they are allowed to go about their activities with maximum possibilities," he said.

The relaxation of the quarantine requirement came more than two and a half years after it was first implemented, in a long-awaited move for many residents and businesses in the financial hub.

All international arrivals currently spend three days in a self-paid hotel followed by four days of self-monitoring where they are allowed to move around the city. Hotel quarantine was as much as three weeks before being gradually eased earlier this year.

Hong Kong has reported more than 1.7 million COVID infections and 9,934 deaths since the pandemic began.

With the city planning to host the international Rugby Sevens in November, the head of the city's Rugby Union announced on Friday that revelers at Sevens this year will be able to drink but eating food was still under discussion with the government.

Staff and media will need to wear protective equipment while spectators will need to wear masks unless drinking and scan their vaccine pass before entering the stadium, according to chief executive Robbie McRobbie.

"We don't believe these are significant barriers to enjoying a day out at the Sevens," said McRobbie. The stadium would have around 30,000 fans at 85 percent capacity under current government rules, he added.

Any team with five or more positive cases of COVID-19 will have to withdraw from the tournament, McRobbie said.

The imported cases arrived from 38 countries. More than 10 cases came from five countries including the UK, the Philippines and Thailand.

Across the city, six care homes reported total eight cases, while 391 schools recorded 552 new COVID cases, involving 471 students and 81 teaching staff. Thirteen classes from 12 schools had been suspended, said Dr Chuang Shuk-kwan, head of the Communicable Disease Branch of the Centre for Health Protection of the Department of Health.

At present, there are 2,228 COVID patients undergoing treatment at public hospitals. Total 255 of them are new admissions. Total 45 patients are in critical condition, 34 in serious, and 15 are taking treatment in the intensive care.

The 12 people who died were aged between 45 and 93. Nine of them are males and four had not completed three doses of COVID-19 vaccines.