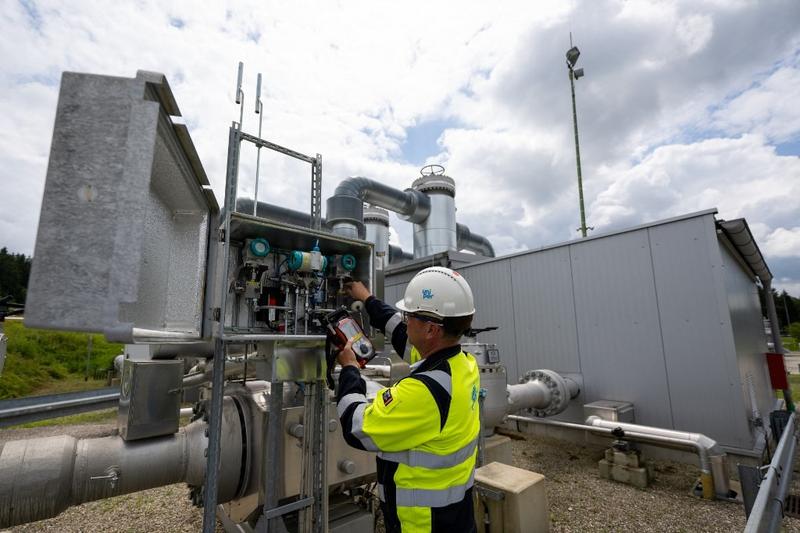 LONDON - Europe's problems in sourcing oil and gas this winter after a dispute with Russia may be exacerbated by a new crisis in the market where prices are already red-hot: a liquidity crunch that could send them spiraling higher still.

But European governments have only belatedly rallied to offer financial support to power providers on the brink of collapse, in an effort to ease pressure on a market whose smooth operation is vital to keep people warm.

"We have a dysfunctional futures market, which then creates problems for the physical market and leads to higher prices, higher inflation," a senior trading source told Reuters.

One European Central Bank (ECB) policymaker told Reuters that worst case scenario losses would amount to 25-30 billion euros (US$25-30 billion), adding the risk lay with speculators rather than the actual market

The problem first came to light in March when an association of top traders, utilities, oil majors and bankers sent a letter to regulators calling for contingency plans.

This was triggered by market players rushing to cover their financial exposure to soaring gas prices through derivatives, hedging against future price spikes in the physical market, where a product is delivered, by taking a 'short' position.

Market players typically borrow to build short positions in the futures market, with 85-90 percent coming from banks. Some 10-15 percent of the value of the short, known as minimum margin, is covered by the traders' own funds and deposited with a broker's account.

But if funds in the account fall below the minimum margin requirement, in this case 10-15 percent, it triggers a 'margin call'.

As prices for power, gas and coal have risen over the past year, so have the price of shorts, with the resulting margin calls forcing oil and gas majors, trading firms and power utilities to tie up more capital.

Some, particularly smaller firms, have been hurt so badly they have been forced to exit trading altogether as energy prices soared. Any such drop in the number of players reduces market liquidity, which can in turn lead to even more volatility and sharper spikes in prices that can hurt even major players.

Since late August, European Union governments have stepped in to help utilities such as Germany's Uniper.

However, with winter price spikes lying ahead, there is no indication of whether or how quickly governments and the EU can back banks or other utilities that need to hedge their trades. 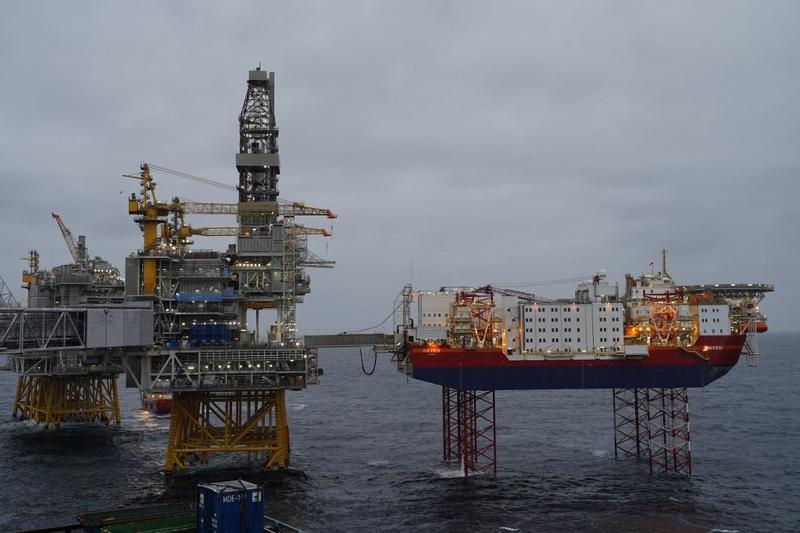 Platforms producing oil stand in the North Sea over the Johan Sverdrup oil field, where Norway's Equinor is producing around 350,000 barrels per day, during a media visit to the area some 140 kilometers west from the town of Stavanger, Norway, on Dec 3, 2019. (TOM LITTLE / AFP)

Exchanges, clearing houses and brokers have raised initial margin requirements to 100-150 percent of contract value from 10-15 percent, senior bankers and traders said, making hedging too costly for many.

The ICE exchange is, for example, charging margin rates of up to 79 percent on Dutch TTF gas futures. Although market participants say that fast disappearing liquidity could severely reduce trading in fuels such as oil, gas and coal and lead to supply disruptions and bankruptcies, regulators still say the risk is small.

That compares with the US$1.3 trillion value of US subprime mortgages in 2007, which triggered a global financial meltdown.

However, one European Central Bank (ECB) policymaker told Reuters that worst case scenario losses would amount to 25-30 billion euros (US$25-30 billion), adding the risk lay with speculators rather than the actual market.

Some traders and banks have nevertheless asked regulators such as the ECB and the Bank of England (BoE) to provide guarantees or credit insurance to brokers and clearing houses to lower initial margining levels to pre-crisis times.

Doing this, sources familiar with talks said, would help bring participants back into the market and increase liquidity.

The ECB and BoE have met several big trading houses and banks since April, four trading, regulatory and banking sources said, but no concrete measures have resulted from the consultations, which have not previously been reported.

"It's too big a single point of risk for a bank. The banks have hit or are close to hitting their liquidity risk and counterparty risk levels," a senior banking source involved in commodities finance said.

Banks have a certain level of capital they can tie up to a particular industry or a particular player and the price spikes and a reduction of players are currently testing those levels. 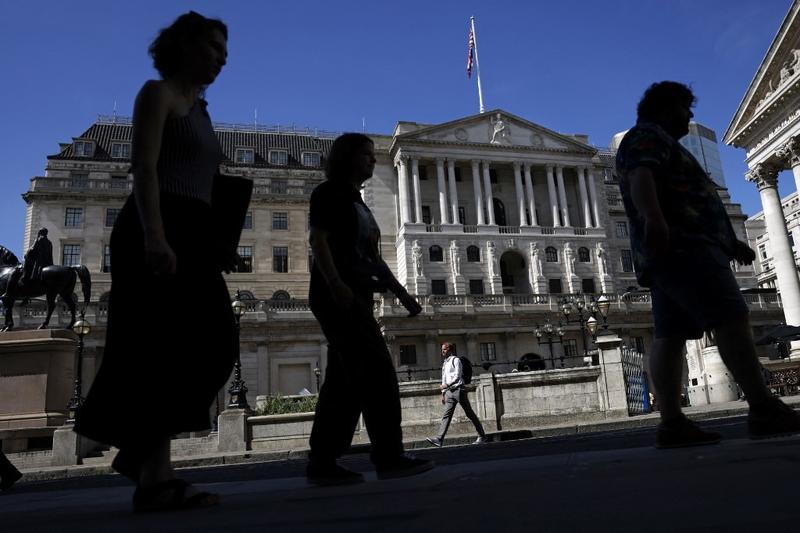 Members of the public walk past The Bank of England in London on June 16, 2022. (CARLOS JASSO / AFP)

The ECB has repeatedly said it did not see systemic risk that could destabilize the banking sector. The ECB declined to offer fresh comment.

A Treasury spokesman said the measures are being taken at the appropriate moment after watching the market for some time and in line with European peers.

Yet the markets for energy and commodities remain opaque, with physical trades hedged with financial instruments depending on internal rules set by the various companies involved.

And since no regulator or exchange maintains a central register for trades it is impossible to see the full picture, sources at several large commodities houses told Reuters.

For some, however, the signals are clear to see.

"Open interest and volumes have come down significantly as a result of what is happening on the margining front," Saad Rahim, chief economist at Trafigura, told a conference last week.

"It will ultimately have an impact on the physical volumes that are being traded because physical traders need to hedge."