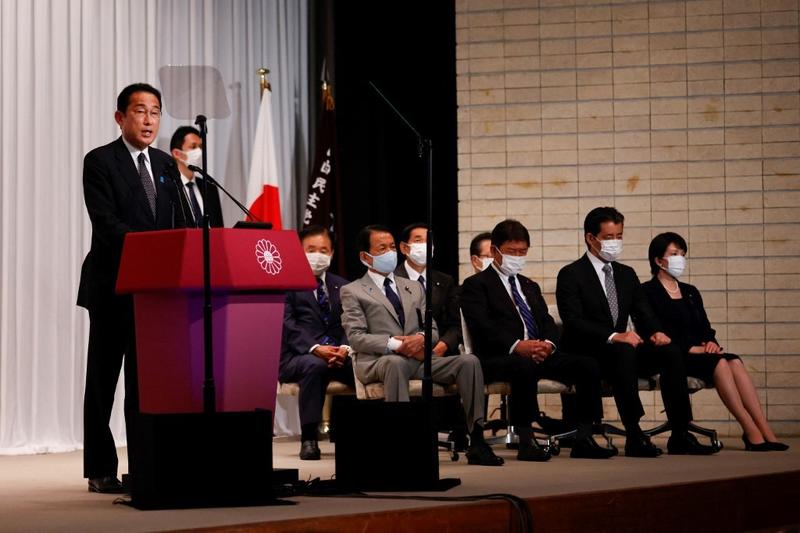 Japanese Prime Minister Fumio Kishida and leader of the Liberal Democratic Party speaks during a news conference after the results of the Upper House elections at the party headquarters in Tokyo on July 11, 2022. (RODRIGO REYES MARIN / POOL / AFP)

TOKYO - Japan's ruling Liberal Democratic Party will release an updated list of members who have had connections with the controversial Unification Church, Kyodo news agency said on Tuesday, citing the party's secretary-general.

Prime Minister Fumio Kishida's LDP earlier this month announced that 179 out of 379 members it surveyed were found to have interacted with the church. Revelations about the ties came to light after former premier Shinzo Abe was shot during an election rally. The suspected killer blamed him for supporting the church, which he said had bankrupted his mother.

With the increasing public scrutiny into the relationship between the Liberal Democratic Party and the church, the cabinet's approval rate has plunged to around 30 percent in recent polls

In a cabinet reshuffle last month, Kishida removed seven ministers who had disclosed links to the church in an attempt to reverse a slide in his approval ratings.

However, Economy Minister Daishiro Yamagiwa admitted in a news conference on Tuesday he had attended a Unification Church-sponsored event in 2018 that he had not previously reported to the party, according to local media.

Asked whether he would consider stepping down as minister, Yamagiwa said he would take responsibility by staying on as minister and carrying out the administration's economic stimulus measures, local media quoted him as saying.

With the increasing public scrutiny into the relationship between the party and the church, the cabinet's approval rate has plunged to around 30 percent in recent polls.