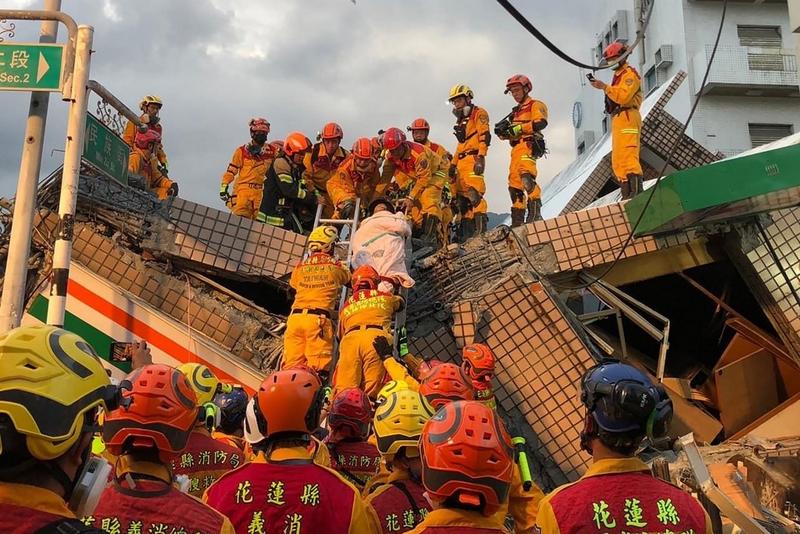 This handout photo taken and released on Sept 18, 2022 by the Taitung County Fire Bureau shows firefighters moving a person during a rescue operation at the site of a collapsed building after a magnitude 6.9 earthquake, in Yuli township, Hualien county. (PHOTO / AFP)

TAIPEI / BEIJING - A 6.9-magnitude earthquake hit eastern Taiwan's Hualien county at 2:44 p.m. Sunday, leading to one death and some injuries.

A strong tremor rippled across the island. A worker from a cement plant in the epicenter, Yuli town, got injured and died after arriving at the hospital.

A three-story building in Yuli, whose ground floor was a 7-Eleven convenience store, collapsed, trapping four people. After about three hours, all the four people, including a five-year-old girl, were rescued safe, said local media

A three-story building in Yuli, whose ground floor was a 7-Eleven convenience store, collapsed, trapping four people. After about three hours, all the four people, including a five-year-old girl, were rescued safe, said local media.

A train carriage was turned over by a fallen rain shed in a railway station, while two bridge fractures left three people injured. They were rescued later.

More than 400 tourists were stranded in a mountainous area in Yuli.

Other mishaps include delayed trains and power failures, and relief work is underway.

Several towns in Hualien and Taitung have announced that all work and schools would be suspended on Monday.

The epicenter was monitored at 23.15 degrees north latitude and 121.30 degrees east longitude, at a depth of 10 km, according to the China Earthquake Networks Center (CENC).

The mainland expressed condolences to the families of the victims and sympathies to the injured, said Zhu Fenglian, a spokesperson for the State Council Taiwan Affairs Office. "We hope people in the affected area will resume normal order of production and life as soon as possible." 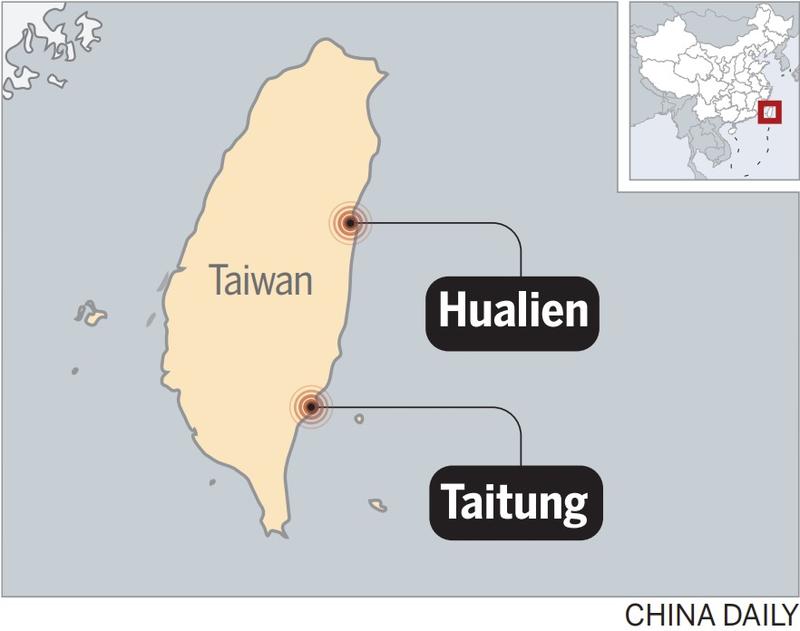 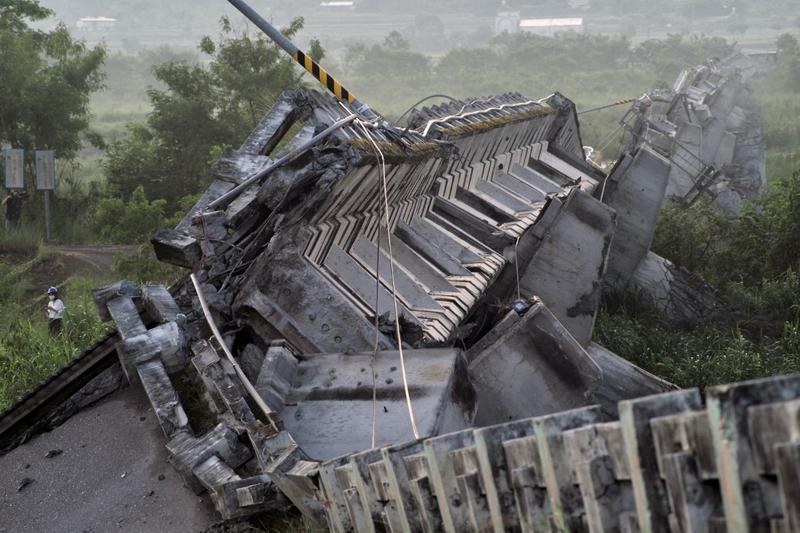 A journalist (left) walks past the collapsed Kaoliao bridge in Hualien county on Sept 19, 2022, following a 6.9 magnitude earthquake on Sept 18. (SAM YEH / AFP)