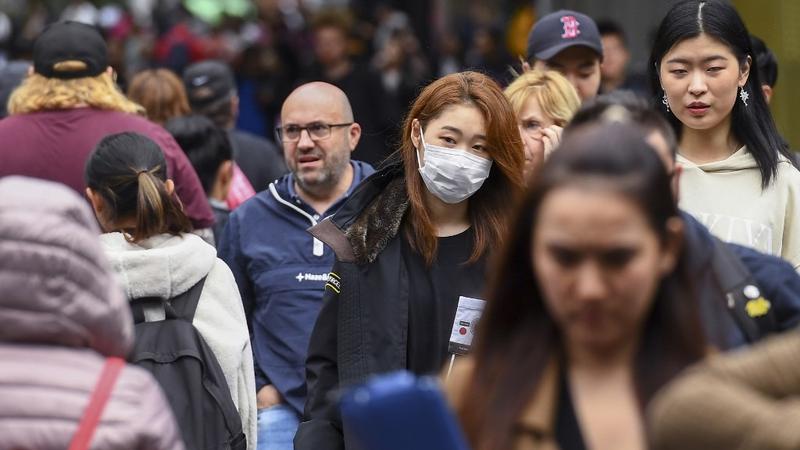 A woman wearing a face mask crosses the street in Melbourne on March 5, 2020. (WILLIAM WEST / AFP)

SYDNEY - Australia will increase its permanent immigration numbers by 35,000 to 195,000 in the current financial year as it looks to shift its focus toward long-term migrants, bringing some relief for businesses battling widespread staff shortages.

Australia closed its borders for about two years during the height of the COVID-19 pandemic but those strict rules and an exodus of holiday workers and foreign students left businesses struggling to find staff and keep their businesses afloat.

"COVID is presenting us, on a platter, with a chance to reform our immigration system that we will never get back again. I want us to take that chance," Home Affairs Minister Clare O'Neil told a government jobs summit on Friday.

Australia's unemployment rate is now at a near 50-year-low of 3.4 percent but soaring inflation means real wages are down. Businesses have been urging the government to raise the cap on annual immigration from 160,000

Australia's unemployment rate is now at a near 50-year-low of 3.4 percent but soaring inflation means real wages are down.

Businesses have been urging the government to raise the cap on annual immigration from 160,000, prompting it to make temporary changes to fill the labor gap.

Australia has been competing with other developed economies to lure more skilled employees from overseas with many countries looking to ease immigration rules.

But a blowout in visa processing times in Australia has left about a million prospective workers stuck in limbo, worsening the staff shortage crisis.

"We understand that when people wait and wait, the uncertainty can become unmanageable," Immigration Minister Andrew Giles told the summit. "This is not good enough, and reflects a visa system that has been in crisis."

In a bid to speed up visa processing, Giles said the government will spend A$36.1 million (US$25 million) to beef up its staff capacity by 500 people for the next nine months.