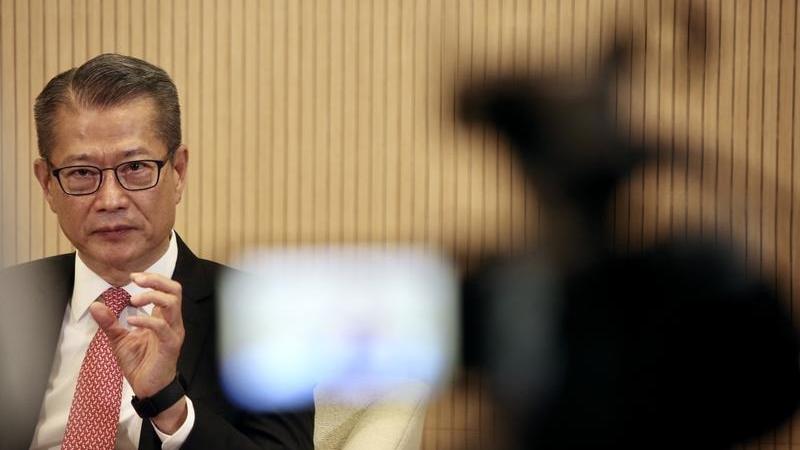 In his government blog on Sunday, the finance chief said the global economy is in a downward cycle, adding that high inflation in the US and Europe, driven by high international energy prices, is affecting the Hong Kong market in different aspects.

Financial Secretary Paul Chan Mo-po said that Hong Kong’s exports in July are expected to record a yearly drop under the reduced demand caused by mentioned effects, and the pandemic-induced disruption of cross-border traffic between Hong Kong and the Chinese mainland

The US Federal Reserve’s consecutive interest-rate hikes and current geopolitical tensions have weakened the impetus and demand for growth of the global economy, Chan said. He added that Hong Kong’s exports in July are expected to record a yearly drop under the reduced demand caused by mentioned effects, and the pandemic-induced disruption of cross-border traffic between Hong Kong and the Chinese mainland.

Nevertheless, the city’s economy “continues to move forward under pressure in the face of internal and external headwinds”, Chan wrote in his blog, adding that the Hong Kong Special Administrative Region government is making every effort to “prevent the epidemic and stabilize the economy”.

“More than two and a half years have passed since the (COVID-19) outbreak began. Thanks to more-widespread vaccinations and improved medical and quarantine facilities, as well as the principle of scientific and empiric-based and precise prevention and control, we are now in a better position to meet the needs of ‘stabilizing the economy’,” Chan wrote in his blog.

Also, Hong Kong’s inflation rate has remained relatively stable amid the rising global inflation, as power and transport account for only about 3 percent of Hong Kong’s consumer price index.

Meanwhile, Hong Kong’s housing expenditures — accounting for 40 percent of the Asian financial hub’s index — recorded a consecutive decline, while the increase in food prices, which occupies a 27 percent portion of the index, eased slightly from a peak in March.

Separately, speaking on a radio program on Sunday, Chan said it is “possible that Hong Kong will raise the prime interest rate if the US continues to increase its interest rate next month”, which might increase local residents’ burden on housing, but the government has “no plan or intention” to intervene in the market and “there is also not such a need to do so”.

The property market had a slight pullback of about 3 percent for the first six months compared with same period last year. The housing rent also fell 2 to 3 percent compared in the same period, Chan said on the program.