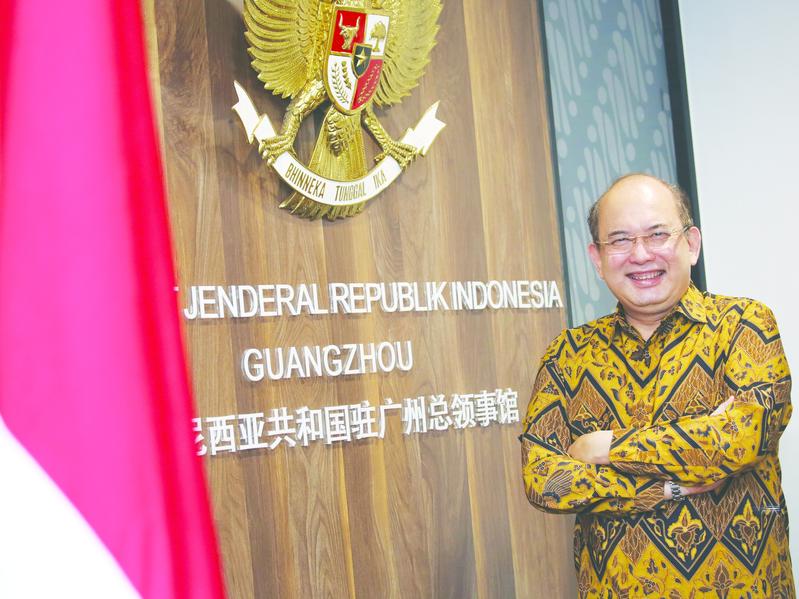 GUANGZHOU — Despite geopolitical, economic and COVID-19 headwinds, cooperation between Indonesia and the Guangdong-Hong Kong-Macao Greater Bay Area is “on a good track” and the potential for the future remains large, says Ben Perkasa Drajat, Indonesia’s consul general in Guangzhou, the provincial capital of Guangdong.

In an exclusive interview with China Daily, he says the Greater Bay Area’s development is of great significance as it’s the largest and richest economic region in South China, with a population of more than 70 million.

“The Greater Bay Area is a very important and ambitious mega project of China. My impression is that once physical integration is fully achieved, the region will be in a stronger position to fulfill two objectives — increasing the Chinese economy’s value-adding capabilities and boosting internationalization.”

The Greater Bay Area is a very important and ambitious mega project of China. My impression is that once physical integration is fully achieved, the region will be in a stronger position to fulfill two objectives — increasing the Chinese economy’s value-adding capabilities and boosting internationalization.

The Greater Bay Area’s economic potential has created a “pull factor” for the Indonesian business community to do business in the region, with the 11-city cluster building a “mega industrial hub, as well as a big market for Indonesian products”, says Drajat.

“Such integration will further prop up China’s infrastructure and connectivity programs like the Belt and Road Initiative, which will help connect Indonesia further with the rest of the globe. It’s very possible that, in future, the Greater Bay Area could serve as the hub for Indonesia’s products to the world.”

Despite COVID-19’s heavy blow to global business since early 2020, bilateral trade between Guangdong and Indonesia still saw robust 35.54-percent, year-on-year growth in the first three quarters of 2021, according to official statistics.

The Greater Bay Area’s investment in Indonesia has also been on the rise. Businesses in the 11-city cluster, especially in major cities like Shenzhen and Hong Kong, are keen to tap Indonesia’s promising market that’s home to a significant population of 276 million, and represents one of the world’s fastest-growing emerging markets with annual economic growth higher than 5 percent on average between 2016 and 2019 before the pandemic struck.

Shenzhen enterprises had set up 31 firms and organizations in Indonesia as direct investments by the end of March this year, with accumulative contracted investment value hitting $154 million, according to local media reports.

Home appliance maker Skyworth set up its Southeast Asian manufacturing base in Indonesia’s capital city, Jakarta, in 2016, making it a key part of its global supply chain. Electric-vehicle maker BYD has teamed up with Indonesian partners in promoting the use of new energy vehicles in the Southeast Asian nation. The first batch of 30 electric buses produced by the Chinese mainland company took to the roads in Jakarta earlier this year — the first Chinese electric buses to operate in the country.

Hong Kong was the second-largest investor in Indonesia with $4.3 billion in 2021, just behind Singapore, which invested $5 billion. In December last year, Hong Kong-based fintech platform WeLab took a $240-million controlling stake in Bank Jasa Jakarta, under which it plans to launch a digital bank in Indonesia in the second half of this year.

At the state level, relations between China and Indonesia have seen remarkable development since the two countries established a comprehensive strategic partnership in October 2013. China has been Indonesia’s largest trading partner for nine consecutive years, and has also been the Southeast Asian nation’s largest export destination for six years running.

Sino-Indonesian relations were further strengthened when Indonesian President Joko Widodo visited Beijing last month —the first head of state to be hosted by China since the Beijing 2022 Winter Olympics. 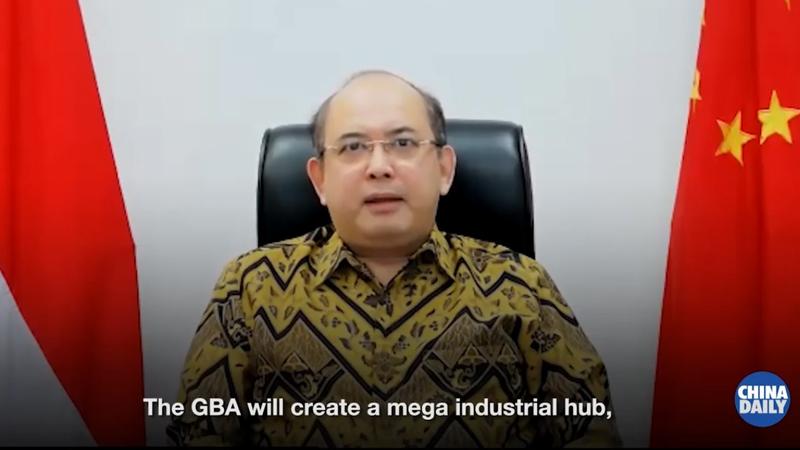 “The potential to explore more cooperation is still wide open. Apart from investment and trade, cooperation among sister provinces and cities, as well as hospitals and universities, is on the cards,” says Drajat.

Both countries could work more closely in developing electric vehicles and clean energy by leveraging their respective strengths.

While China has strong capacity in the production of electric vehicles and batteries, Indonesia is rich in resources, including nickel — a key raw material used in the manufacturing of power batteries. The two countries have plenty of room to work together in driving the industry’s growth, he says.

The consul-general also believes cooperation in tourism, and people-to-people exchanges between Indonesia and the Greater Bay Area could be raised to a higher level as anti-pandemic restrictions are gradually eased.

“In tourism and people-to-people exchanges, the pandemic has halted the progress Indonesia and China have made. In the past two years, there have been no commercial flights from Jakarta to cities in the Greater Bay Area, except Hong Kong,” he says.

“Thanks to the goodwill of both our governments, more Indonesian airlines have begun resuming flights to the Chinese mainland. Jakarta currently operates flights to Hong Kong and Guangzhou, and I hope flights to Shenzhen will be restored soon.”

Due to the disruptions in international travel, the number of foreign visitors to Indonesia dropped to 1.56 million in 2021 — less than 10 percent of the 16.11 million recorded in 2019 prior to the pandemic — according to data-tracking company Statista.