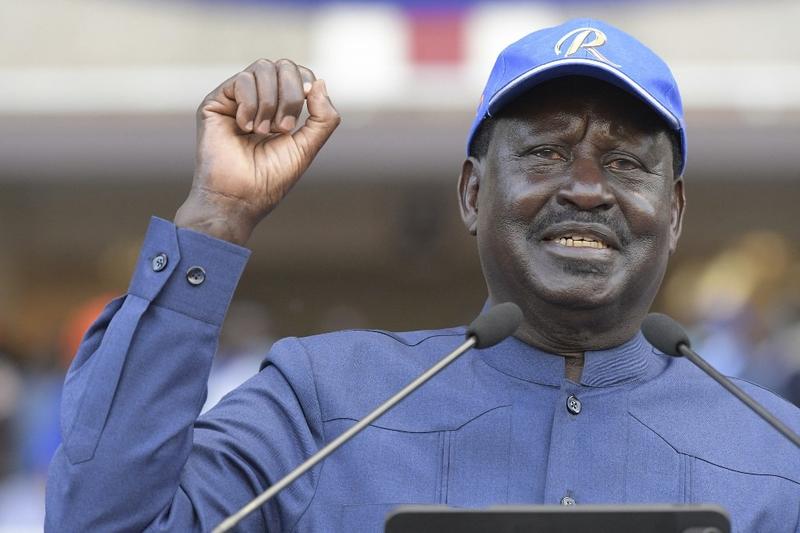 Kenyan opposition leader Kenyan Raila Odinga speaks during a rally at which he announced he would make his fifth bid for the presidency in Kenya's 2022 general election, in Nairobi, Dec 10, 2021. (SIMON MAINA / AFP)

KISUMU/NAIROBI - Kenyan opposition leader Raila Odinga rejected as "null and void" the result of an Aug 9 presidential election he was declared to have lost, adding on Tuesday that Kenya's democracy faces a long legal crisis.

His first comments on the result came shortly after four of the seven election commissioners said they stood by their decision a day earlier to disown the outcome of the presidential poll, saying the final tallying process had been "opaque". 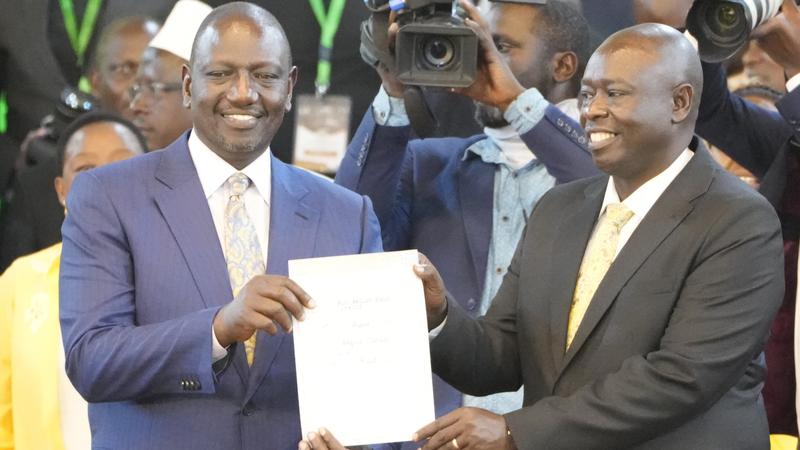 William Ruto(left), and his deputy Rigathi Gachagwa, show the certificate after the announcement in the presidential race at the Centre in Bomas, Nairobi, Kenya, on Aug 15, 2022. (SAYYID ABDUL AZIM / AP)

"Our view is that the figures announced by (electoral commission chairman Wafula) Chebukati are null and void and must be quashed by court of law," Odinga, who was making his fifth bid for the presidency, told a news conference.

Our view is that the figures announced by (electoral commission chairman Wafula) Chebukati are null and void and must be quashed by court of law.

"What we saw yesterday was a travesty," he said. "Let no one take the law into their own hands."

Chebukati declared current deputy president William Ruto the winner on Monday with 50.49 percent of the vote against Odinga's 48.5 percent. Minutes earlier, his deputy Juliana Cherera had told media at a separate location that she and three other commissioners disowned the results.

Speaking for the group on Tuesday, Cherera said the results that gave Ruto a wafer-thin victory were erroneously aggregated and accused Chebukati of over-ruling their questions on the final tally. She said the elections had been conducted in a proper manner.

Chebukati and the four dissenting commissioners did not respond to Reuters requests for comment. 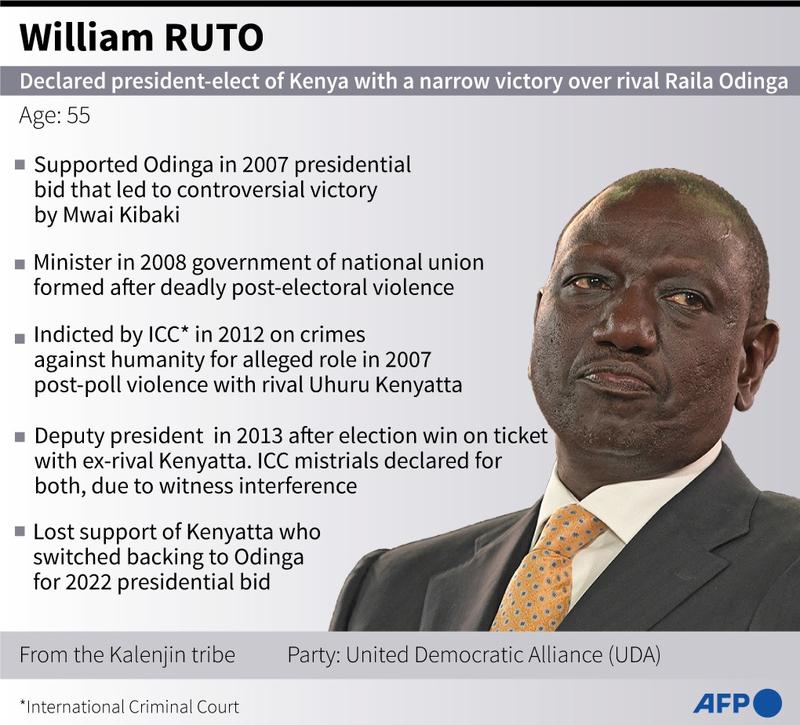 Odinga broadcast the dissenting commission members' own news conference at his own venue before taking the stage.

In his speech, he urged his supporters to maintain peace and not to take the law into their own hands.

Monday's dramatic events have raised fears of violence like that seen after past elections in Kenya, usually one of Africa's most stable countries, and Odinga had faced calls from home and abroad to commit to resolving any disputes in the courts. 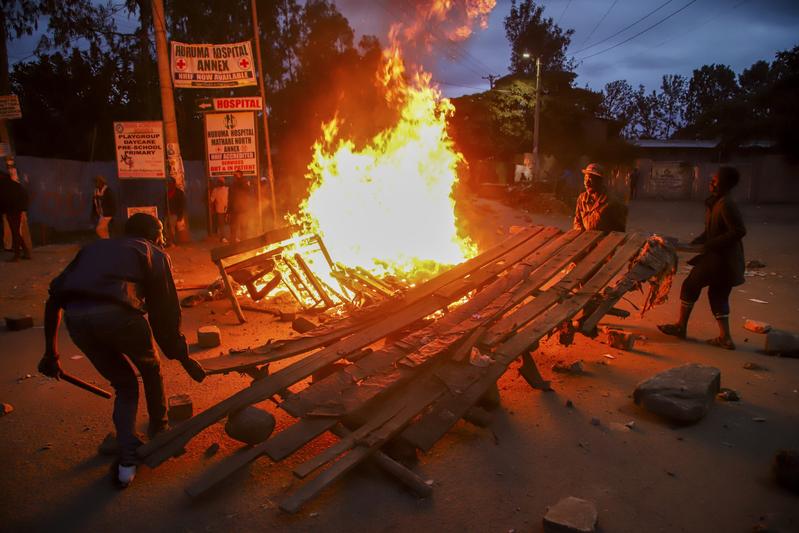 ALSO READ: Debt shadow may hang over Kenya's next presidentAt a crowded restaurant in the western city of Kisumu, an Odinga stronghold, there was sporadic applause as he rejected yesterday's results on live television.

In Kisumu and Nairobi's huge Kibera slum, where most voters also strongly favor Odinga, quiet had returned to the streets after protesters battled police and burned tires overnight.