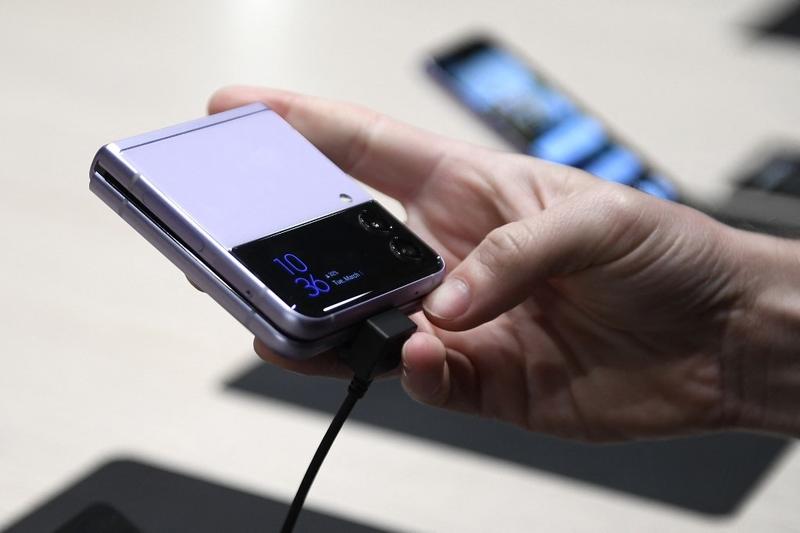 SEOUL – Samsung Electronics unveiled its latest high-end foldable smartphones on Wednesday, keeping prices at the same level as last year's in a bid to cement its leadership in an expanding niche market.

The smartphone maker priced its clamshell Galaxy Z Flip4 at US$999.99, and the 5G-enabled top-line Galaxy Z Fold4 with a 7.6-inch main screen to start at US$1,799.99 in the United States, the same as the launch prices of last year's models.

"We've successfully transformed this category from a radical project to a mainstream device lineup enjoyed by millions worldwide," said TM Roh, president and head of mobile experience at Samsung Electronics.

We've successfully transformed this category from a radical project to a mainstream device lineup enjoyed by millions worldwide.

The Galaxy Z Flip4 and Z Fold4, as well as its latest earbuds, Galaxy Buds2 Pro, will be generally available starting Aug 26 in select places such as the United States, parts of Europe and South Korea.

Samsung held a 62 percent market share in foldable smartphones in the first half of 2022, followed by Huawei at 16 percent and Oppo at 3 percent. Counterpoint forecast Samsung's share in the second half will be around 80 percent after the new releases.

Samsung said it is aiming for foldable phone sales to surpass that of its past flagship smartphone, Galaxy Note, in the second half.

"Foldables have helped Samsung differentiate itself... Apple will be Samsung's key competitor in the future and we expect a foldable to be released from Apple in either 2024 or 2025," said Counterpoint senior analyst Jene Park.

Samsung said the latest models make it easier for phone owners to use popular apps such as Instagram and Microsoft's Outlook.