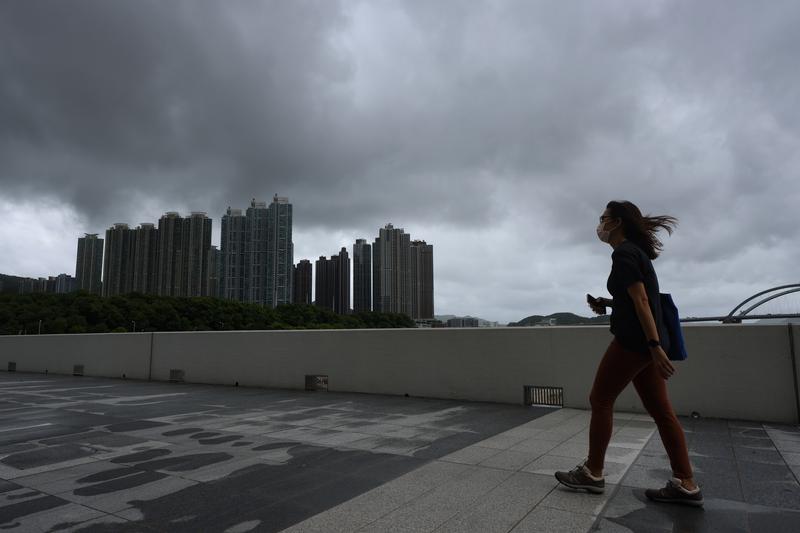 Chuang Shuk-kwan, head of the communicable disease branch of the Centre for Health Protection, said at a news briefing that the new cases comprised 249 imported infections and 4,344 local cases.

She added that there were four new elderly deaths, bringing the city’s toll  during the fifth wave to 9,341.

Chuang Shuk-kwan, head of the communicable disease branch of the Centre for Health Protection, said at a news briefing that the new cases comprised 249 imported infections and 4,344 local cases

Of the 249 imported infections, 133 were detected at the airport, 106 in quarantine hotels, and 30 after quarantine, Chuang said.

Forty-five came from the United Kingdom, 22 from the Philippines, 19 each from India and the United States, 16 each from Singapore and Thailand, and 14 from Nepal. The rest were from 40 other countries, she added.

Chuang said the infections involving the Omicron subvariant BA.4 or BA.5 comprised 13.1 percent of the new cases while 7.5 percent were BA.2.12.1 infections.

She also said 214 schools reported the infection of 211 students and 66 staff members. Four schools in Sai Kung, Kwun Tong, Kowloon City, and Sha Tin had to suspend some in-person classes due to infections.

Three residential care homes for the elderly and two for persons with disabilities also had confirmed new cases, she added.

Gladys Kwan, Chief Manager (Clinical Effectiveness and Technology management) of the Hospital Authority, said in the same briefing that two doctors, a nurse and a patient care assistant tested positive at the hematology and oncology ward of Hong Kong Children’s Hospital. Some of them had treated a COVID patient in early July.

“We are still investigating possible connections since we have a lot of infections in the community,” Kwan said.

She said the four patients who passed away comprised three men and a woman aged 61 to 87. They had also suffered from chronic illnesses like hypertension, diabetes, and renal disease.

Kwan urged elderly patients who test positive at home for COVID to avail of the HA telemedicine service, noting that it had already provided services to 3,000 residents.

As of Wednesday, 1,516 COVID patients were being treated in public hospitals, including 201 new patients, Kwan said.

She added that 23 were in critical condition, including six in intensive care units, while 25 were in serious condition.